For anyone looking to make a springtime trip which combines cherry blossoms and tourism, look no further than Hirosaki in Aomori Prefecture. Often referred to as the best spot for cherry blossom viewing in Japan, it is certainly worth the trip. 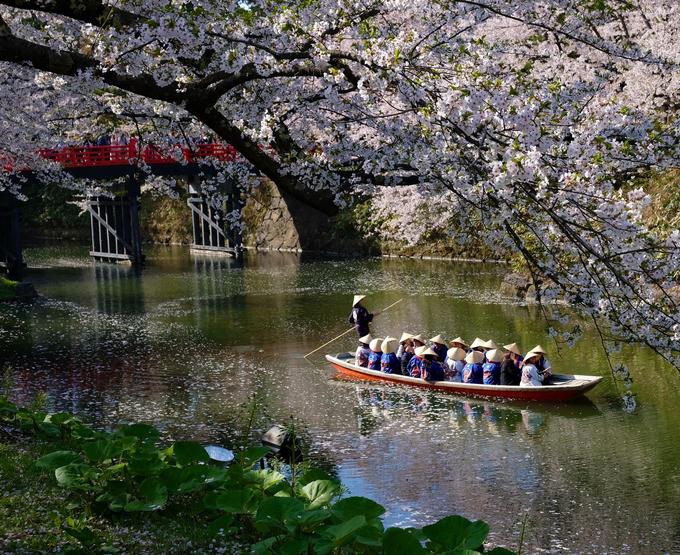 The highlight of Hirosaki is of course its castle, built in 1611 by the Tsugaru Clan. It burned down in 1627 but was rebuilt in 1810, making it one of the few castles in all of Japan that is not a modern-day reconstruction.

The best time to visit is the end of April through the first week of May. This is due to the 2600 cherry blossom trees which cover the grounds. There are sakura tunnels, moats turned pink with petals in which you can rent a rowboat, evening illuminations and of course, picnics galore. Over 52 varieties of cherry trees can be found in the park and apparently each tree produces more flowers than normal due to a special pruning technique the locals use, learned through apple pruning (apples are the specialty of Aomori). 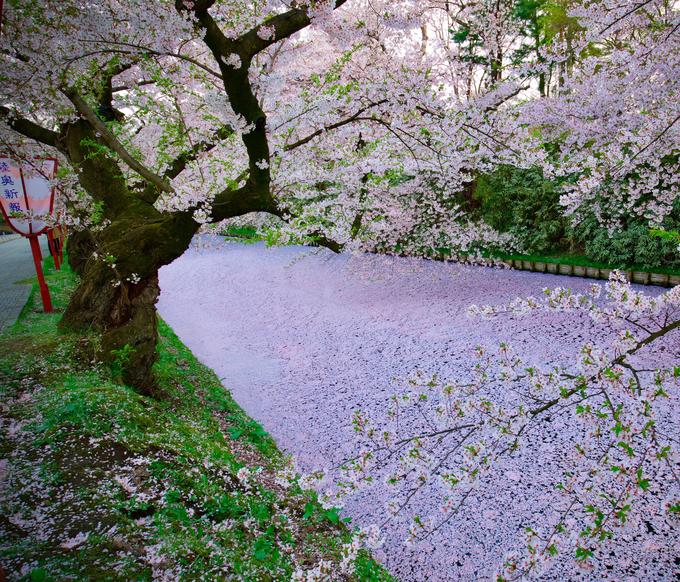 While the park and grounds of the castle are the highlight, you can explore well-preserved parts of the castle such as the tower, turrets, and castle gate. On clear days, Mt. Iwaki makes a lovely backdrop to the castle tower, and the tower itself makes a great photo spot. Until 2025 they are rebuilding the supporting stone wall/base of the castle and they have actually moved the entire castle in order to complete this job. If you visit before 2025 you will be able to see how Japanese castles are constructed!

TIP: For 520 yen you can buy a combo ticket which includes entry to the castle, botanical garden and Fujita garden. 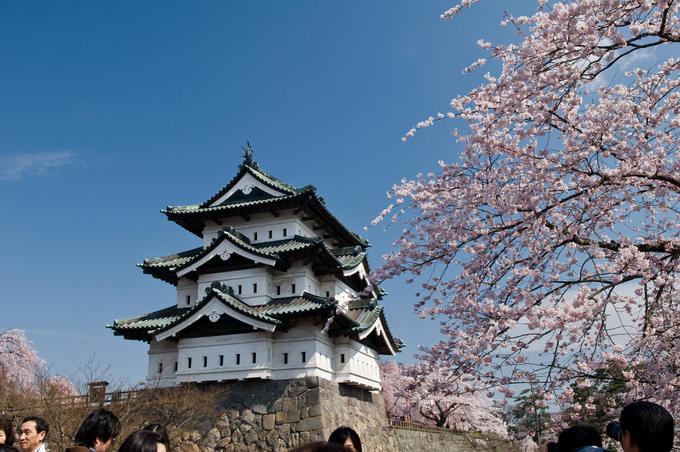 The botanical gardens are on the grounds of the castle park. The garden is divided into 23 different zones with over 124,000 trees and plants. You can spend about 30-60 minutes here and it is best in spring and summer.

This garden was built in 1919 by local businessman Kenichi Fujita. It is a Japanese style garden which houses a traditional Japaese house as well as a tea ceremony house. It makes a nice walk and is located right next to the castle so it's easy to access.

Hirosaki City itself has more to offer than just its castle. It has a rich history spanning over 400 years and it still retains much of its old architecture. While strolling around the city, you can find many samurai houses, merchant homes and ancient temples. Some of these are even open for entry by the public.

Although spring is the most popular time to visit, Hirosaki also has stunning foliage in autumn and is home to the Hirosaki Castle Snow Lantern festival in winter, as well as the Hirosaki Neputa Matsuri in summer, making it an ideal destination year-round.

Zenringai is an interesting district of Hirosaki which is packd with Soto Zen temples, all lined up like trees. This was done strategically to act as a fortress back in 1610 when the lord of the Tsugaru Clan ordered all the temples to be moved to this spot. 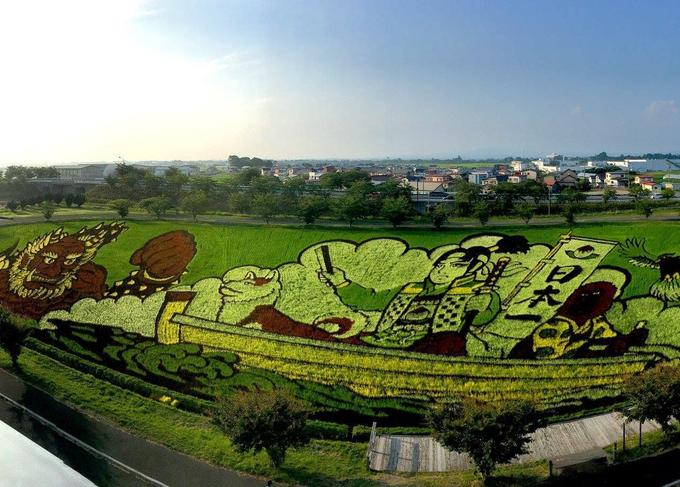 Near to Hirosaki is the Inakadate Village, which holds a ride paddy art festival with a different theme every year. The festival began in 1993 in order to teach people about rice farming, but has since grown into a popular tourist attraction. The designers use various coloured rice plants as "paint" and each year features a different scene. You can reach the town by taking the Konan Railway Line from Hirosaki to Inakadate which takes 25 minutes.

If you are interested in exploring with the help of an English-speaking guide, we offer a Hirosaki tour. Highly recommended for those coming from Aomori Port, or those wanting local flavor and information from the mouth of a local.

How to get there:

Take the Tohoku Shinkansen from Tokyo Station to Shin-Aomori Station, then take the local train to Hirosaki Station.

Why you should visit...
home
Where to See Wisteri...