Where to See Wisteria Flowers Near Tokyo

From mid-April to mid-May wisteria flowers will be in bloom in Japan. Although not as famous as cherry blossoms, wisteria creates stunning tunnels of purple and white and emits a wonderful scent. Here are some of the best places near Tokyo to see wisteria. 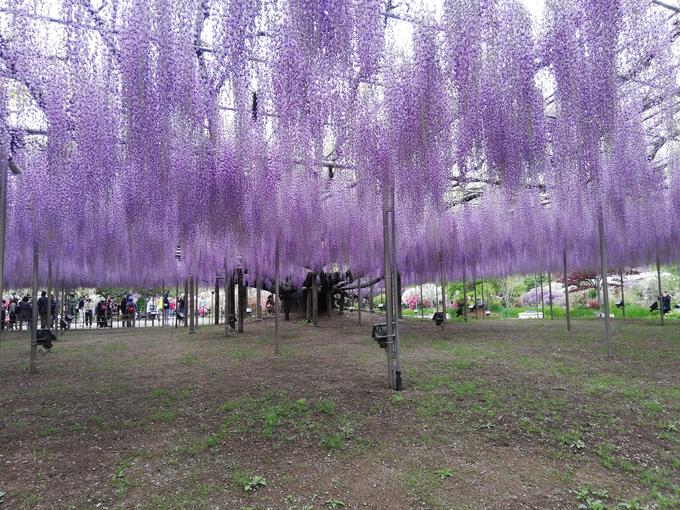 Usually we like to include off-the-beaten-track places in our blog, and Ashikaga Flower Park is quite the opposite, being immensely popular. However it is popular for a reason and it's only right that it be included on this list. Officially known as the "Fujinohana Monogatari Ofuji Festival", the festival will begin on April 16th, 2022, a bit earlier than usual.

The park houses more than 350 wisteria trees which bloom not only in the normal violet colour, but also in white, yellow and pink. The park also houses many other flowers, like the 5000 pink azaleas which grow at the same time, and a pond. One highlight is the 150-year-old grand wisteria tree which has a canopy larger than a house! There are also yellow and white wisteria tunnels which are lit up at night.

We recommend trying the wisteria flavoured soft cream - it's huge and really good quality. There are some other snacks and foods available, or you can pack your own lunch.

Cost: 900-1800 yen
How to get there: Take the JR Utsunomiya Line from Ueno to Oyama and then change to the Tohoku or Ryomo Line and get off at the park. It costs around 2000 yen and takes 2 hours.
Opening hours: 7am - 9pm 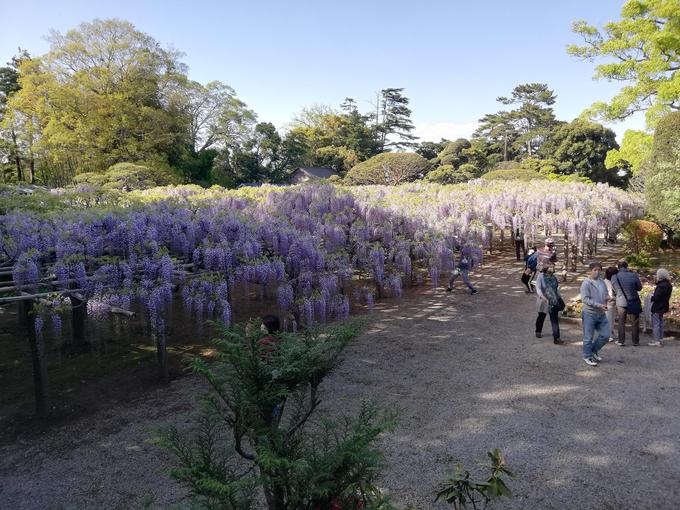 The garden of Tokaen holds the Wisteria of Ushijima festival every year. The park is in Kasukabe City in Saitama and takes about an hour to get to from Tokyo. It's not very famous internationally but it is much quieter than Ashikaga and still very impressive. Some of the trees are over 1200 years old and are said to have been planted by Kobo Daishi himself.

They don't sell much food there but there are a few drinks and snacks on sale if you get peckish.

What is extra nice about this festival is that the entire city of Kasukabe is involved. When you exit Kasukabe Station, there is a two kilometre stretch of wisteria trellises. They have dancing, drums and other entertainment, as well as many food stalls.

Cost: 1000 yen
How to get there: Take the Tobu Urban Park Line to Fujino Ushijima Station and walk 10 minutes.
Opening hours: 8am - 5pm 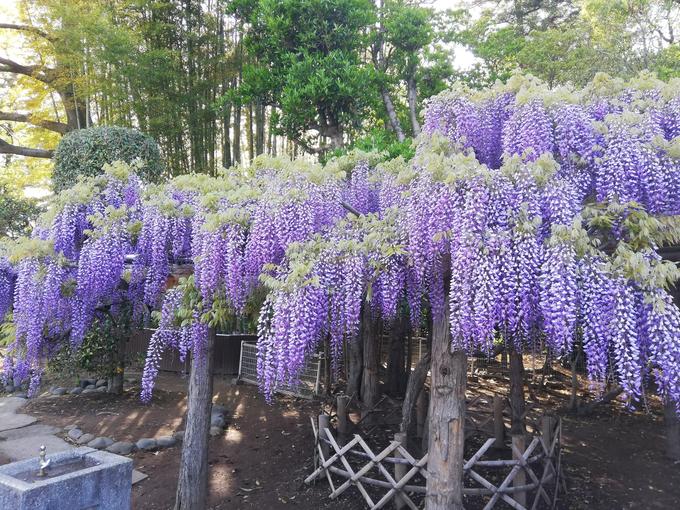 Shobu-en is located in Kanagawa, in the seaside city of Yokosuka. This area has many nice parks to check out, such as the Kurihama Flower Park and Yokosuka Soleil Hill, so you can make a day of it. The park is about one hour from Yokohama Station, and is well known for its wisteria in late April. They have over 250 plants in 11 different species, and feature a gorgeous wisteria tunnel.

The park is also famous for iris flowers in June, so if you can't make it for the wisteria, consider checking out the irises instead. They have a few snacks on sale as well as a limited amount of local vegetables.

Cost: 320 yen
How to get there: Take the JR Yokosuka Line to Kinugasa, then a bus to Shobu-en.
Opening hours: 9am - 7pm 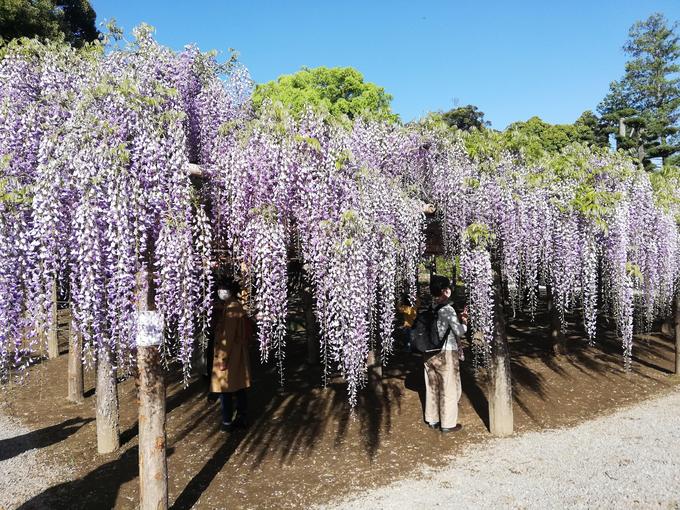 Another option for wisteria is to head to Chofu City in west Tokyo. There are two highlights there. Firstly the Kokuryo Shrine, which has a 500 year old wisteria tree along with some younger blooms. It is fairly small, but still pleasant to visit. Because it is not so large, we recommend also going to Jindaiji Botanical Garden, which is also in Chofu and within walking distance. It is the largest botanical garden in Tokyo, housing almost 5000 kinds of plants. In late April there will be both wisteria and azalea flowers in bloom.

There is so much to do in the garden as well, with a lawn, a wooded area, an aquatic plant garden and a Center for Plant Diversity. It's also next to Jindaiji Temple, one of Tokyo's oldest. And if you want to try a traditional onsen, there is the Onsen Yumorinosato nearby. 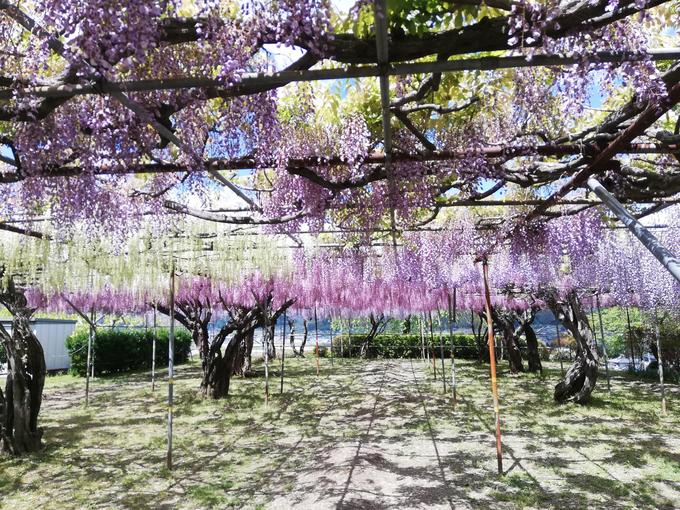 Kazo City in Saitama is well known by locals as a place to appreciate wisteria. There are three main displays which are next to the shrine and free to visit.

The shrine itself is famous for kagura, which means to entertain the Gods. It is a kind of Shinto dance performance which tells a story. Kagura has been performed at Tamashiki Shrine for almost 500 years and it is a designated important cultural property. If you go on May 5th, you may see a performance. Every year at this time, they have kagura and taiko performances, food stalls and a traditional ritual called Ouma Kuguri where children crawl under horse statues for good luck.

Cost: Free
How to get there: Take the Tobu Isesaki Line to Kazo Station then the bus bound for Konosu Station and get off at Kisai 1-chome bus stop and walk 10 minutes.