Matsue - Home to one of Japan's 12 Original Castles

Matsue City is the capital of Shimane Prefecture, one of the least visited out of all Japan's 47 prefectures. This means that it is a hidden gem with much to see, but less crowds to contend with.

Matsue has a vibrant atmosphere and charming canals running through the city making it a great base for visiting the nearby Izumo Taisha Shrine and the Adachi Museum of Art.

Here is our guide to what to see and do in Matsue: 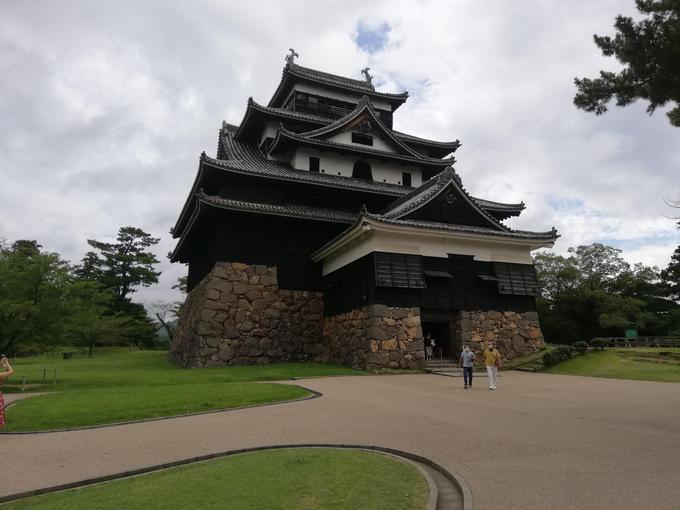 This is a highlight of Matsue City and no visit is complete without visiting the castle. It is one of 12 remaining original castles in Japan, meaning that unlike most you may visit, this one has not been rebuilt. The castle was built in 1611 and has survived natural disasters, wars and demolitions and still stands to this day.

Surrounded by a moat, it stands tall and proud, its iconic black colour giving off a regal atmosphere. Inside you can walk around each floor until you get to the top, where you will see views of Matsue City from all sides. The inside of the castle has not been renovated much either, and still maintains an ancient ambience. It is a museum inside, with various displays of antiques and historical objects and information. 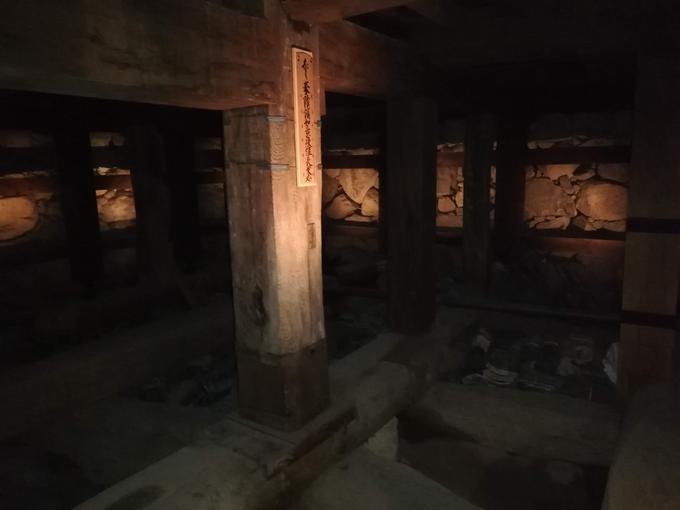 The castle grounds themselves are stunning in sakura season. People come from all over to picnic and revel in the sight. On the grounds you can also find the Jozan Inari Shrine, home to hundreds of fox statues. There are many other gems that you will uncover as you walk around, such as the Meimei-an Teahouse which is one of the best preserved in Japan, and the Matsue History Museum. 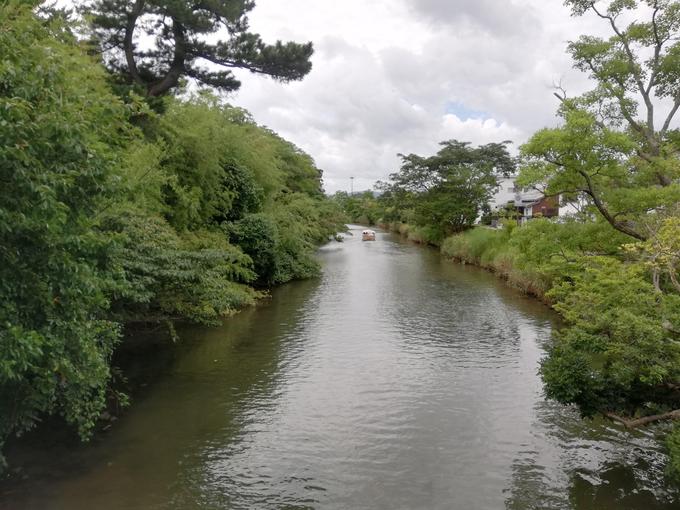 Depending on the season, taking a river boat cruise around the castle moat can be a good added experience. The cruises depart roughly every 30 minutes and take you on a tour of the moat and canals around the castle area over about 40 minutes. The canals, known as "horikawa", were constructed in the seventeeth century as strategic waterways intended to slow down the enemy in case of an attack. These days they make for a pleasant and educational cruise. The guidance is only in Japanese but they offer audio guides in English.

Located just across the road from the castle, I recommend stopping at Lafcadio Hearn's Residence while in the area.

Lafcadio Hearn was one of the first Westerners to write about Japanese culture, back in the 1800s. One of his most famous works is "Glimpses of Unfamiliar Japan". He was born in Greece in 1850 and resided all over the world before moving to Japan in 1890. He was one of the original English teachers, although we imagine it was much more challenging for him to set himself up back then that it is now. He lived and worked in Matsue for a time, and his former residence now houses a museum dedicated to his life. The exhibits are all in English and there are many fascinating photos featuring his life and family in Japan.

In the same area as the Lafcadio Hearn Residence sit some preserved old samurai buildings. Due to this, the street surrounding the castle is quite picturesque. You can enter inside the Matsue Buke Yashiki, the old mansion of a highly ranked samurai from the area. 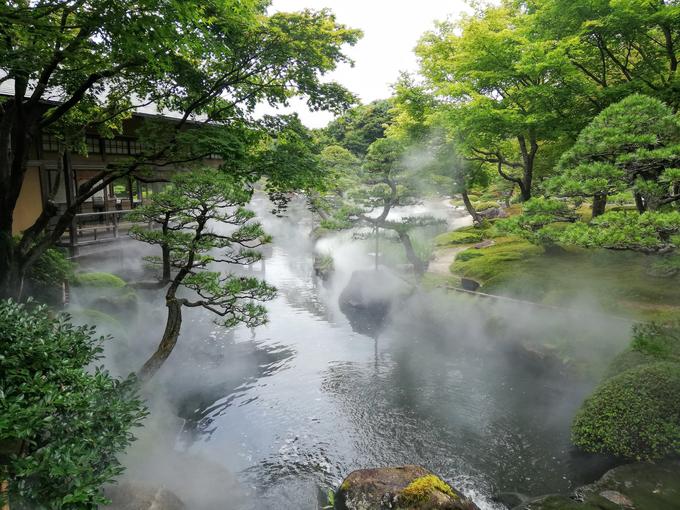 Yushien Garden is a large Japanese style garden on Daikonshima Island in Matsue. This island sits in the middle of Lake Nakaumi. Most people boast about the Adachi Museum when they come to Shimane, but I honestly enjoyed the Yushien Garden more as you can actually enter the garden and immerse yourself in the nature. 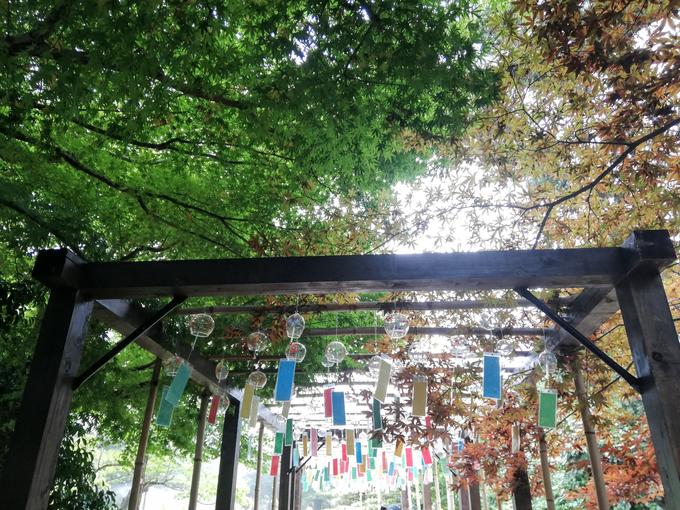 Yushien is known for peony flowers, so you will find all sorts of peony goods and an indoor greenhouse growing peonies. But there is a lot more to this garden which was established in 1975. It has a pond with a mist show, waterfalls and streams, a rock garden and many seasonal flowers. If you want to see the most peonies, come in April and May for the peony festival, but winter is also beautiful due to the thousands of lights strung up for night-time illuminations.

Shinjiko Onsen is a hot spring area overlooking Lake Shinji, the centerpiece of Matsue. There are many traditional inns that you can stay in, and unusually many of the Western style hotels also offer natural hot springs as well.

Tamatsukuri Onsen is the more famous of the two onsen areas, but is located a bit further away from the centre of Matsue. The main street is lined for 2 kilometers with sakura trees and a stream running the length of the road. There are free foot spas spaced intermittently along the street and it has a great atmosphere in summer when people walk the streets in yukata to try out the various hot pools. 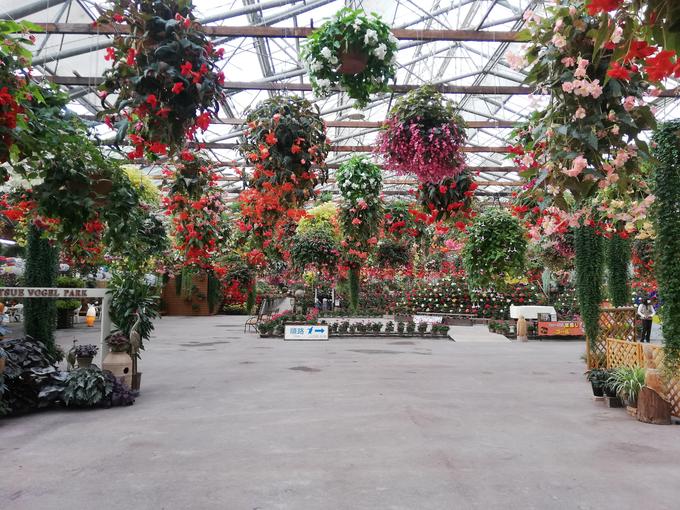 We went to Matsue Vogel Park late in the afternoon as it was too overcast for the sunset boat cruise we had initially planned. So we didn't expect too much, but it was actually a really nice place. The bird park is built amongst the trees so it all feels very green and natural, and nothing feels too cruel towards animals like in some zoos in Japan. There is a huge flower exhibit in the main entrance which is worth checking out for that alone. 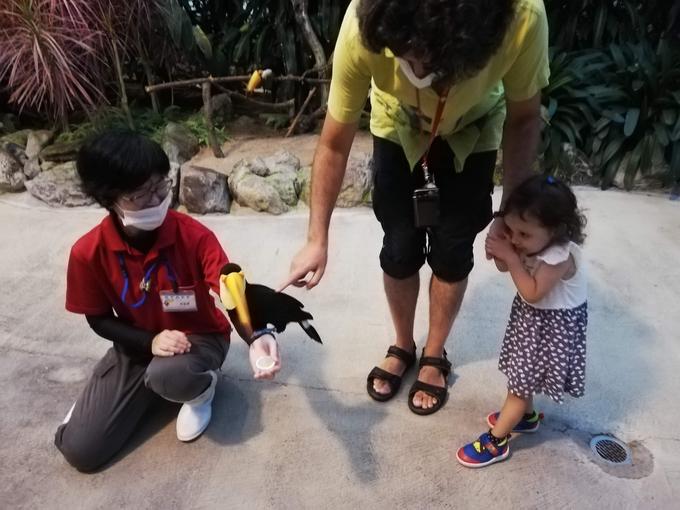 As for the birds, you can find all kinds of birds and you can even feed them for an extra cost. It's great for little kids as it's in a safe area in the forest away from all roads so they can run freely along the walkways.

Lake Shinji is the focal point around which Matsue was built up. It has a spectacular sunset on a clear evening, and this view is considered one of Japan's "100 famous landscapes". There are sunset cruises available on the lake, along with other water activities like yachting, kayak and fishing.

If you are interested in interacting with a local and learning about Matsue, we offer a guided tour of Matsue which can be booked year-round.