May Flowers in Japan and Where to See Them

Cherry blossom season may be over, but that doesn't mean there are no flowers left to see. Japan is a country where various blossoms bloom year-round, great for the garden enthusiast. Soon we are heading into May, so here are the flowers that will bloom in May along with the best places to see them.

Azaleas bloom from April into early May. The ones in Tokyo have already peaked, but if you travel outside Tokyo you may still be able to see some late azaleas. 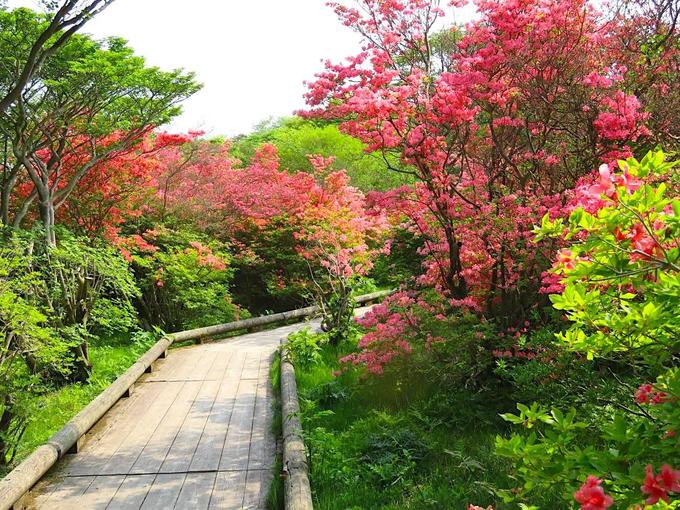 From mid-May to mid-June, around 200,000 azaleas colour Nasu a vibrant red. Follow the Nasu Nature Trail from Nasu Kogen Shizen-no-Ie for flower lined trails, lush woodlands and suspension bridges with stunning views of the nature scenery. Yahata has even been listed as one of the top 100 most fragrant spots in Japan due to the scents from all the flowers!

The park has over 10,000 azaleas, some which are over 800 years old. The highlights include a flower tunnel and an azalea which is over 5m tall. During the azalea festival in early May you can take a boat in the adjacent Jonuma Pond, offering a unique view of azaleas from the water. 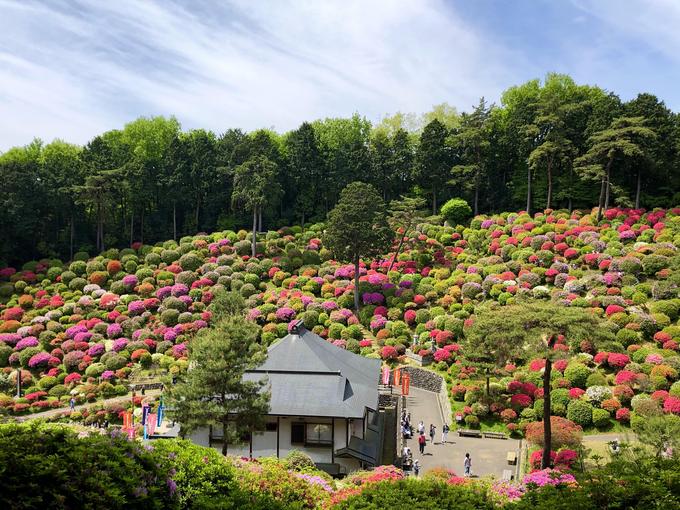 Ome City is in West Tokyo on the outskirts of the city. Shiofune Kannon Temple is a Buddhist temple located on the outskirts of a pleasant forest. Several trekking trails lead away from the temple which are fairly child friendly and easy to walk. The temple is famous for azalea in early May due to the combination of flowers, the Kanon statue and bright Buddhist decor making for a very Instagrammable picture. Since the azalea plants are grown on the hill behind and around the temple building, they provide a colourful backdrop to the temple. 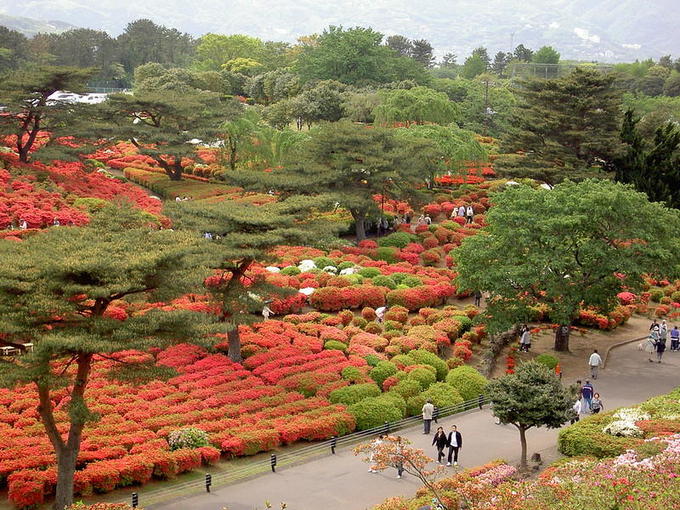 "Komuroyama Park" by IZU Navi is licensed under CC BY 2.0.

Komuroyama Park is situated well above sea level, leading to spectacular views of the Izu Peninsula and Sagami Bay. In early May they hold an azalea festival with over 100,000 plants. The highlight is the azalea tunnel, a huge tunnel of red azaleas which one can walk through.

Native to Eastern and Central United States, the moss phlox is considered one of the most beautiful ground cover plants, resembling a bright pink carpet. 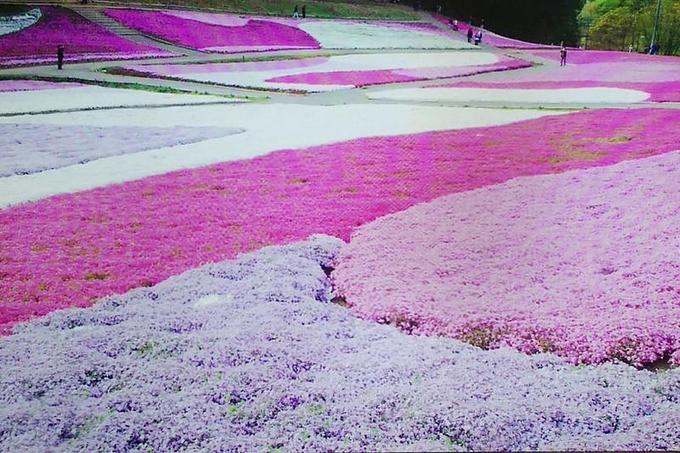 Shibazakura Hill in Hitsujiyama Park in the Chichibu region of Saitama is a sea of pink in early May with over 400,000 flowers. With the mountains surrounding you and hiking trails and rivers not far away, this makes a lovely day trip from Tokyo. Bring a picnic or indulge in one of the many food and drink stalls erected in the park for the festival. 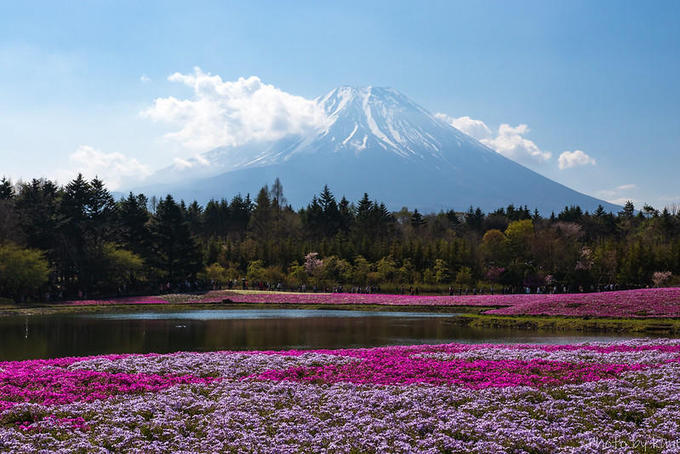 All though May about 800,000 moss phlox flowers carpet the base on Mt. Fuji. The festival is held near Lake Motosu in the Fuji Five Lakes region, so you can combine this with a day trip the Kawaguchiko area. The main draw of this festival is to take a photo of the flowers and Mt. Fuji together. Many food stalls are present. 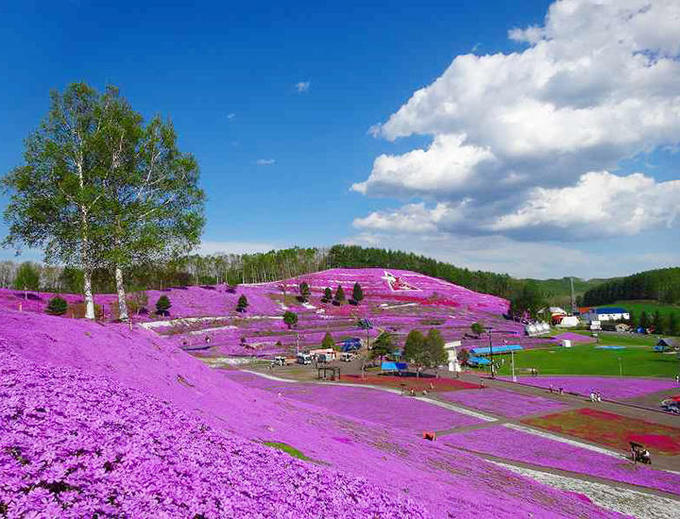 This one is quite far from Tokyo, being in Hokkaido, however it is visually stunning, with the flowers blooming on sloping hills at the base of Mt. Mokoto. You can enjoy it from various angles, such as walking between flower fields and looking out over the entire area from the observatory. It blooms later than in Kanto, from May to June. You can also enjoy activities other than flowers, such as playing in fishing ponds and go-karts, and soaking in a free footbath. You can also enjoy local gourmet food at the shops and restaurants.

There are actually two different times to see roses in Japan - in Spring and in Autumn.

Huis Ten Bosch is a Dutch-themed theme park in Nagasaki. They have the largest display of roses in Japan with over one million flowers. If you love roses then you need to check this out. They have so many roses that they are divided into themed sections. The park itself is also worth checking out; you can almost pretend like you're in Europe.

Every year in Yono Park in Saitama they hold a rose festival. It's a fairly small park, but the roses are in good condition and the aroma filling the air is wonderful.

Over 30,000 roses in 800 different varieties bloom here from mid-May. The park is set on land spread out over 30 hectares and besides from roses, 2,700 peonies are also blooming in May. You can view Mt. Tsukuba from the observation tower. Be sure to try the rose flavoured gelato!

They have 1,600 varieties of roses whose fragrance spreads over the garden like a perfume. It is a huge garden of over 30,000 sqm with 10,000 roses blooming from mid-May. The garden is also mostly barrier-free for wheelchair users.

Held every year in mid-May, some 30 million poppies are on display. The festival is split into two areas, the Fukiage and Mamuro fields. The Fukiage area is mostly red while Mamuro has poppies in several colours. Unfortunately by foot they are quite far apart, so if you have to pick one, the Mamuro field is better.

We have written about Kurihama Park before as it is very popular with children due to its large playground and giant Godzilla slide. From mid-April thousands of poppies bloom there, blanketing the hillsides in a sea of pink and red. The festival runs through May.

Mizumoto Park is a lovely green oasis. Unfortunately it's not too easy to reach unless you live nearby, but the park is filled with grass and trees lining either side of a river. They have 14,000 irises in 80 different kinds. 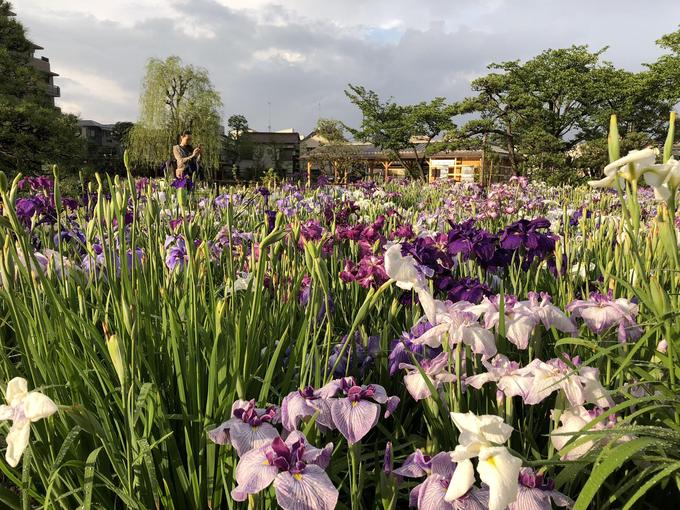 This garden is located in Katsushika Ward in Tokyo, which is a residential area with a "shitamachi" working class feel. They have over 6,000 iris plants of 200 different kinds.

This annual festival is held from late May at the Suigo Sawara Aquatic Botanical Garden. It features 1.5 million Japanese irises from 400 species. You can enjoy a traditional boat ride around the park waterways in a small boat called "Sappa-bune", viewing irises and lotuses at your eye level.

Itako is a quiet countryside town in Ibaraki, but during their iris festival it comes alive, with 800,000 visitors coming to enjoy the flowers. They have over 500 varieties of iris, and they are particularly famous for the "yomeiri-bune", brides floating down the canals in small boats. This tradition dates back to when the residents used the canals as their main means of transportation. The new brides would be rowed own the water to meet their new husband. With over one million irises this is one of the best iris festivals in Japan. 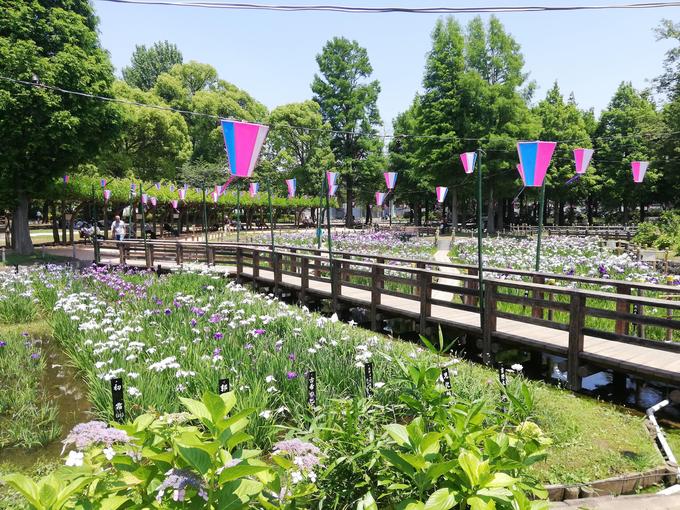 This is a nice local iris festival, they have around 8000 iris flowers and in non-corona times some live jazz music and a world-food festival. It's not a hugely large park, but Ayase is a bit "off the beaten track" so it's a good place to take a stroll around and see a different side of Tokyo.