Why you should visit Yanaka in Tokyo

The Yanaka area of Tokyo is a hidden delight. It spans the area between Nippori and Ueno Stations, so is very central, however it feels like another world compared to the noisy metropolis of Shinjuku or Shibuya. You should definitely visit this historical and beautiful area on your next trip to Tokyo - here is why! 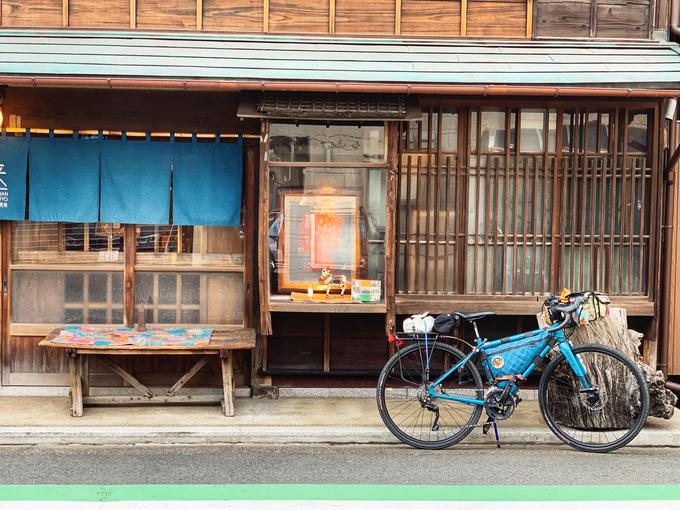 A rich and interesting history

Yanaka is part of "Old Tokyo", otherwise known as the "Shitamachi district". When the city was established, the higher ground was given to the aristocrats while the working class merchants were relegated to the low-lying Eastern and Northern Tokyo. Together with neighbouring Nezu and Sendagi, Yanaka forms part of "Yanesen", a preserved part of this old Shitamachi town while still retains much of its nostalgic vibe. The area has been fairly undamaged by war or natural disaster, unlike much of Tokyo, so you can still see many original temples and 100-year-old houses.

The Yanaka Cemetery is the largest cemetery in Japan and is located, you guessed it, in Yanaka. It used to be part of Tennoji Temple, but in the Meiji Era it was separated and the temple now sits upon the cemetery grounds in amongst the 7000+ graves. The cemetery actually houses many famous people such as Tokugawa Yoshinobu, the last Shogun of the Edo Era.

Interestingly, the Tennoji Temple used to house a five-story pagoda before it burned down in the 1950s when two lovers burned it down in a suicide pact. Their ghosts are believed to haunt the cemetery to this day. 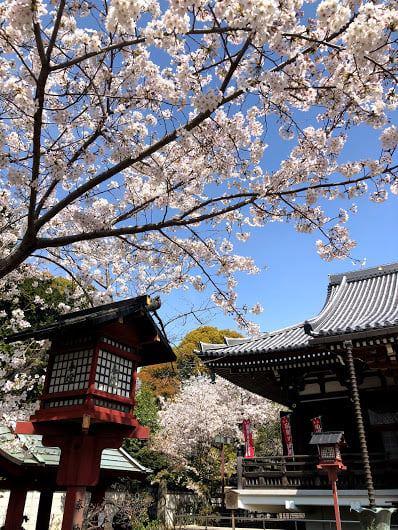 Gorgeous all year round, but especially in spring

With narrow streets lined with old-style houses and greenery, with a temple seemingly every few paces, it's no wonder people like to stroll around Yanaka, just enjoying the ambiance and sights. It is a very picturesque neighbourhood where you will surely find ample inspiration for your photo albums or social media.

Spring is the best time to visit Yanaka, as the cherry blossoms make it positively spectacular. I'll let the pictures speak for themselves. 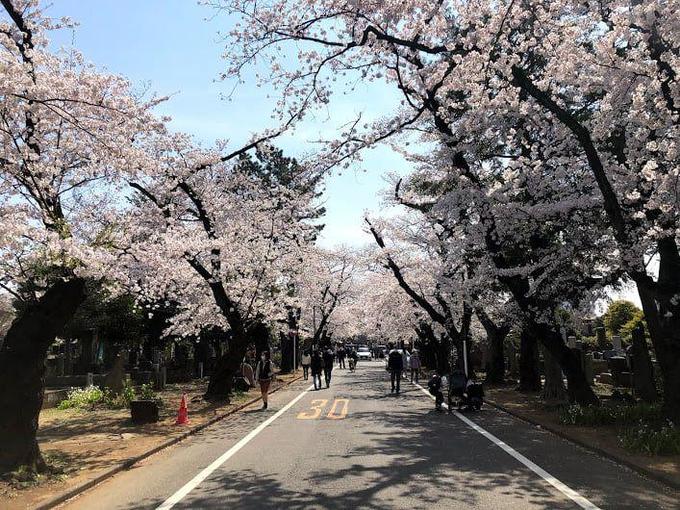 Yanaka is known as a "temple town" for good reason - they are everywhere! There are 117 temples in Yanesen, 76 being in Yanaka! Most are quite small, but attractive looking, with well-kept gardens and statues adorning the grounds.

Tennoji Temple is the oldest in Yanaka, having been established in 1274. Although it has lost some of its former glory, being one tenth the size that it used to be, it is still worth a visit for its beautiful garden, large buddha statue and peaceful atmosphere. Jomyoin Temple is also worth visiting for its 25,000+ Jizo Statues (the guardian of children) creating a rather spooky feel.

Founded in 1681, Rinkoji is a nice temple to visit due to its lush green grounds. Chōkyūin is another temple surrounded by a lot of greenery. It was moved to Yanaka in 1658 and the grounds feature seasonal flowers such as azaleas and hydrangeas. The gates still have bullet holes in them from the Battle of Ueno in 1868. 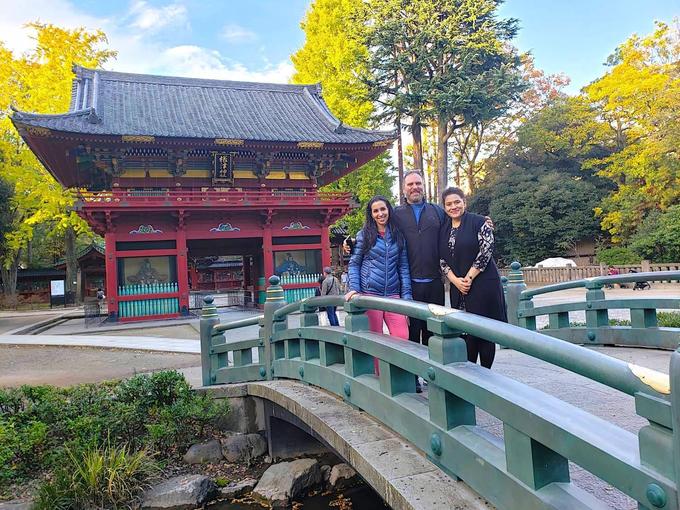 Nezu Shrine is not a temple, but a Shinto Shrine, but it must be mentioned here as it is one of the highlights of this area. It is one of Japan's oldest shrines and is modeled after the famous Toshogu Shrine in Nikko. It is set upon large grounds filled with lush trees and features a carp pond, a tunnel of red torii gates that make for a great photo backdrop and best of all, a huge sloping azalea garden with thousands of bushes resplendent in colour in April.

The main street for shopping is "Yanaka Ginza". There are over 80 shops on this street, some selling traditional snacks for dirt-cheap prices, some peddling arts and crafts, and some trendy new shops tucked in here and there. This street is perfect for souvenir shopping, or just for picking up a light snack. 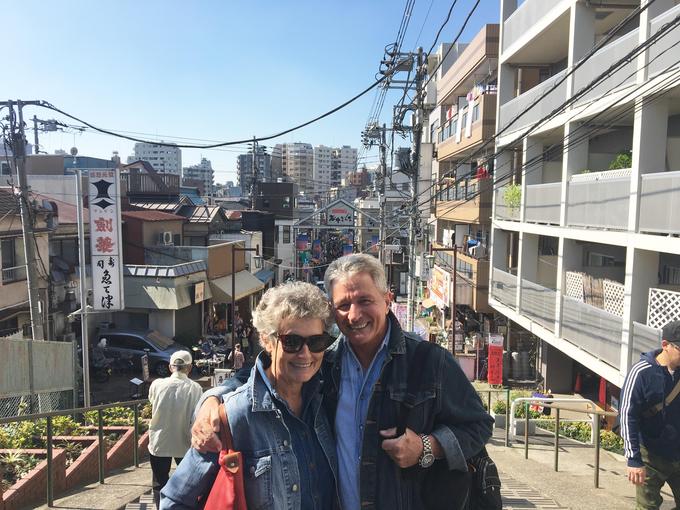 Branching off Yanaka Ginza are several smaller alleys, featuring hidden izakayas (Japanese bars), a puppet theatre and a sculpture museum. We love Ueno Sakuragi Atari, a restored Japanese home from 1938 which has been turned into a craft beer hall and a bakery selling amazing pastries and soughdough bread. The buildings were restored in a way that preserves the original aesthetic and décor while still being an ultra-trendy venue.

Yanaka is where you get the best of both worlds - hipster cafes with Australia style coffee right next to an old granny selling tempura for 80 yen a piece. Some of the delicacies on offer are sweet potato skewers covered in sesame, special onigiri, doughnuts shaped like a cat's tail, "croquettes" (mince & potato covered in deepfried breadcrumbs), and fancy snowcones known as kakigori for dessert. We really appreciate Echigoya Honten, a local alcohol shop with crates set up out the front for people to sit on and stand around while drinking beer or sake and eating any snacks bought along the street.

Yanaka is known for cats. The souvenir shops sell cat related merchandise and you'd be hard-pressed the walk the length of a street without seeing at least one stray cat. Any cat fans will appreciate this.

There are so many reasons to visit Yanaka, these are just a few of them. You need to explore the historic streets and temples for yourself and feel the magic of finding a hidden delight in some back alley. If you wish to have a guided tour of Yanaka in order to hear explanations of the history and culture and be shown places that might be of interest to you by a local, we recommend this half-day walking tour: https://omakase-tour.com/tours/traditional-culture/yanaka-wandering-tour.html