Plum Paradise in Yugawara and Odawara

Over this past long weekend the weather soared to an unseasonably warm 23 degrees, so I decided to make the most of the long weekend by purchasing the "JR East Welcome Rail Pass" and partaking in my favourite activity - travel!

This pass costs 12,000 yen and gives the user free travel in all JR East service areas. The beauty of this pass is that it is available not only to tourists but to foreign residents living in Japan. We were able to purchase the pass easily from Ueno Station with English service available. The pass expires on February 28, 2021 so if you are too late to use it then then the next best thing is the JR East Tokyo Wide Pass.

Originally we planned to visit the well-known spot of Kawazu in Izu Prefecture in order to see their kawazu sakura lined river. However it turned out that the pass did not cover the trip to Kawazu, so instead we visited Yugawara and Odawara plum groves. I am glad we made this change because it was so wonderful in the end. 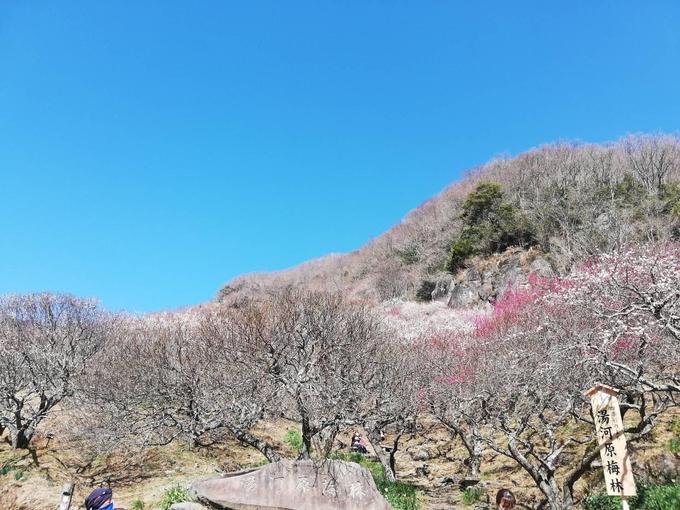 The Yugawara Plum Festival is held a short bus ride from Yugawara Station at Makuyama Park. The bus will be easy to find - there was a large queue directly outside the station. The bus stops at the base of a small mountain (next to a playground if you have kids). Near the base are also toilets, food stalls and rental wheelchairs and disability scooters. 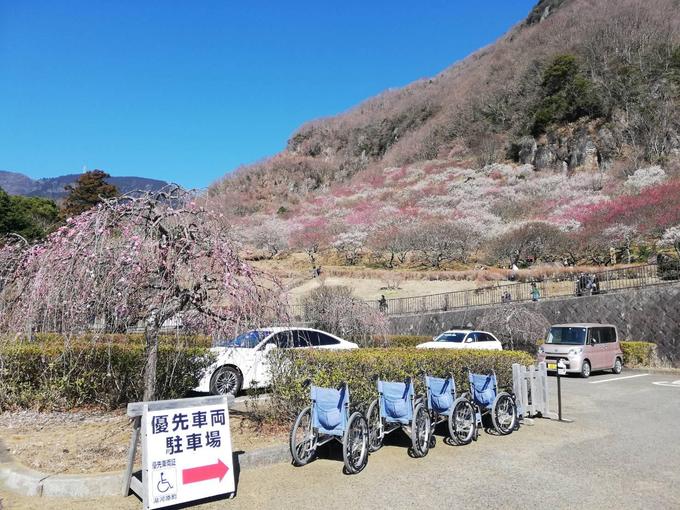 We came on a sunny day with perfectly blue skies so that the 4,000 plum trees dotting the hillside seemed to be sparkling. Though the area covered by plum trees isn't huge, you can actually spend a lot of time here as there are many small paths you can follow, and people were clambering all over the rocks to see trees up close. If the sun is out, I recommend bringing a picnic lunch to eat somewhere on the hill. The paths are fairly easy to navigate - my two year old daughter had great fun climbing up the rocks by herself. If you are interested in rockclimbing, there were at least 30 people at the top of the plum grove who were using ropes to climb up the boulders at the back. 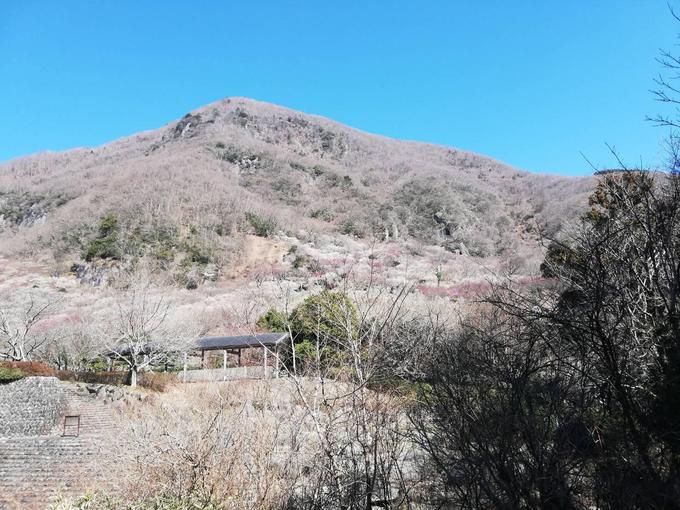 Apparently they usually have more entertainment such as music during this festival, but it was scaled down due to the coronavirus situation. However the food stalls were still there and there were many people there. Luckily it didn't feel too crowded, it was easy to keep to your own space thanks to the multitude of small paths that you can take. 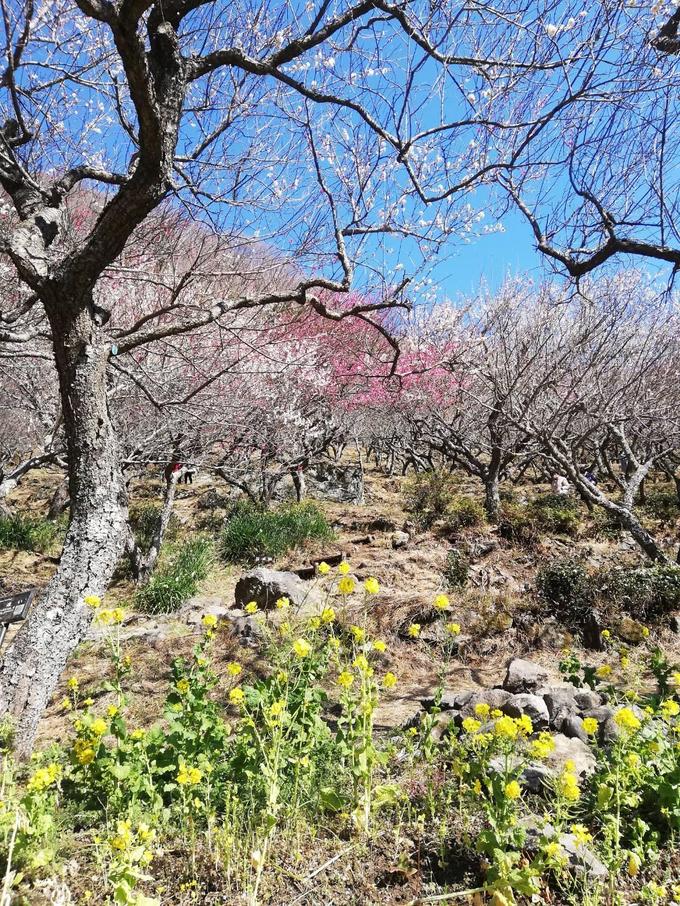 If you have the time, you can walk back down the road which leads from the festival. Along this road you will find many small stalls selling local fruits, mostly mandarins (mikan) for a very cheap price.

Yugawara itself was a pleasant town reminiscent of the Showa Era with good views of the ocean. I actually know several people who moved to Yugawara in 2020 to escape city life and I must say, they made a pretty nice choice. I noticed many parks around the town, so it is suitable for living with kids. The buildings feel quite dated, but it might be modernising a bit as it sees a revival of popularity - for example the station building has a nice wood-modern design with a free hand onsen out the front.

I knew nothing about this festival in advance but it ended up being the surprising highlight of the day. At Odawara Station you need to change to the Gotemba Line and take it about 10 minutes to Shimosoga Station. From there you walk, in any direction. The Odawara Plum Festival originated in the Sengoku Era when the Hojo clan started planting plums to use as military provisions. There are three groves in the area - Bessho, Hara and Nakagawara. Together they comprise of over 35,000 trees. Everywhere you walk - plum trees. It's like you're in a fairytale forest. As we were travelling with a toddler and no pram, we could only see the Bessho grove, but even that took us a couple of hours walking at a leisurely toddler pace. It's a small town with a countryside feeling which you can meander around at will. Make sure to check out the shrines which are straddling the hillside which borders the town - of course there are plum trees there too. While you walk around be sure to turn around and see Mt. Fuji in all its snow-capped glory, surrounded by plum blossoms. 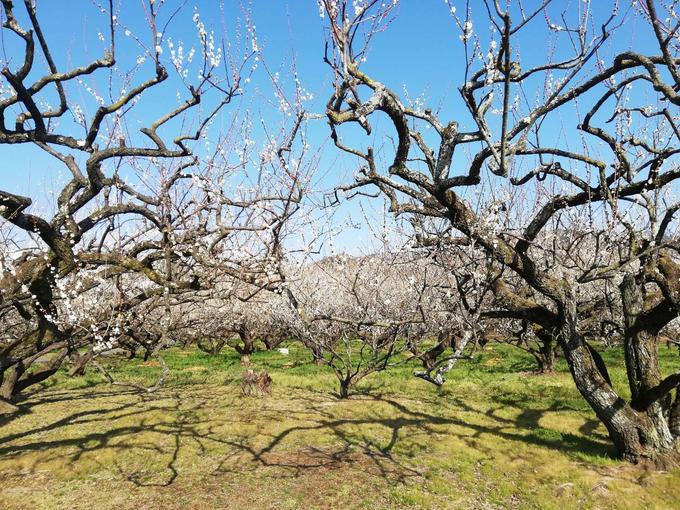 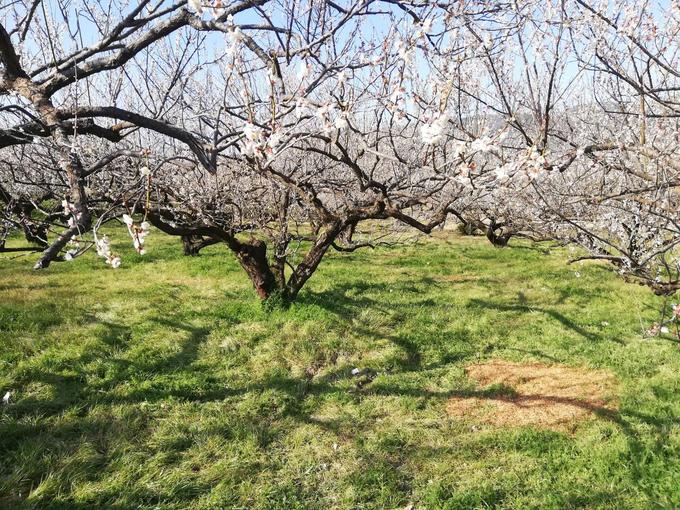 The festival is held from the start of February to the start of March. We went on February 20th and it seemed to be about peak flower blooming time then (while the Yugawara plums seemed to be a little before-peak). Usually there are other events held at the same time, like horseback archery and the Odawara Lantern dance, but this year there was no entertainment due to the coronavirus. There were several stalls dotted around where farmers were selling mikans, kiwi fruits, dekopons, oranges and other citruses. We bought four bags of "2nd rate mikans" for 100 yen each and they were amazing, much better than the fruit you get in our Tokyo supermarkets. They grow several special local varieties apparently. Then at the centre of the Bessho grove are stalls selling "high quality" fruits which cost more like 300-500 yen. These were also delicious. We went home with a backpack full of citrus. 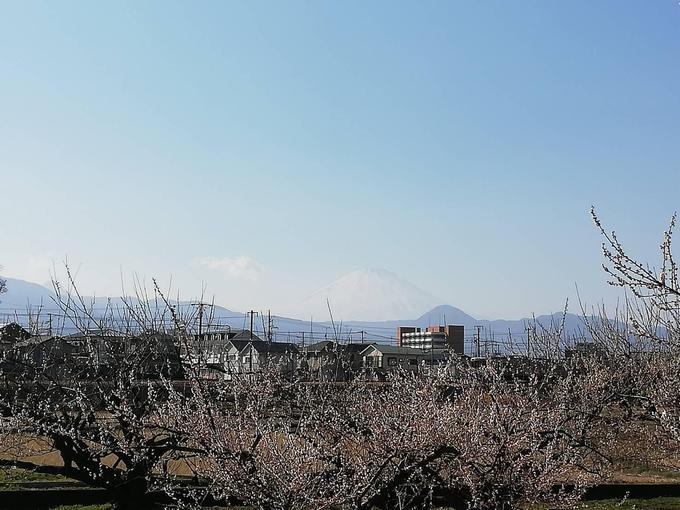 It's best to bring food if you want to eat lunch here because I didn't really notice any eateries around. There are probably some places to eat somewhere, but the festival centres on the farming areas and small streets surrounded by only fields, so there aren't really any shops around. If you have more time and the ability to walk longer distances then maybe you will stumble across some restaurants while walking to the other two groves. 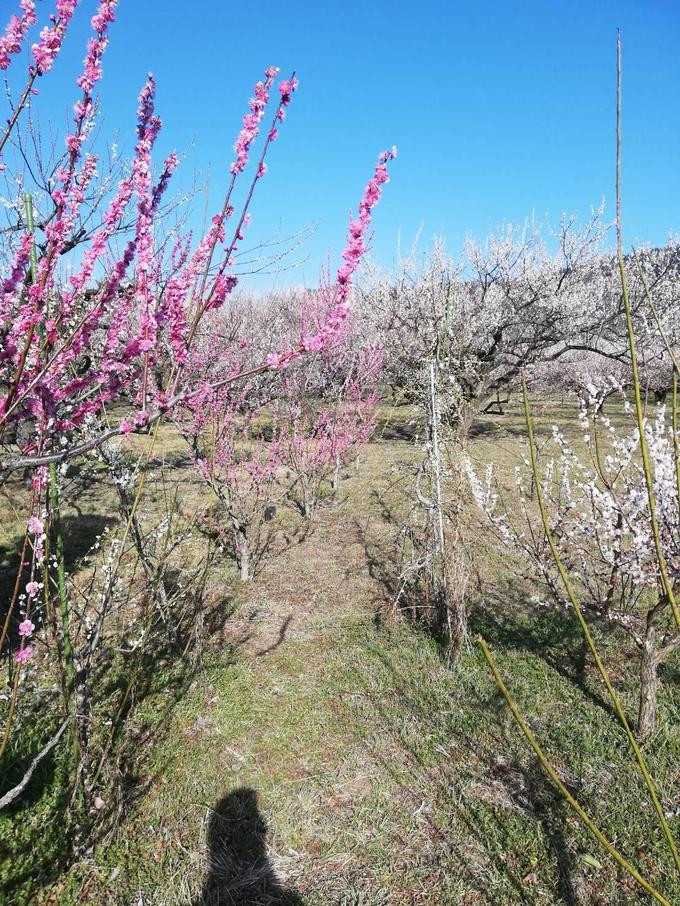 Both of these places I would recommend strongly. There are other nice places to visit in Izu in this time period such as Atami Plum Grove, Kazazu Sakura, Minami-izu kawazu sakura and Odawara Castle Park. Definitely give Yugawara and Soga a try if you want to see plums in their thousands. You could go to Yugawara and spend a night in an onsen ryokan there, then head to Odawara the next day if you want to make a proper trip out of it.