Home > Blog > Close to Tokyo > A Weekend in Atami

A Weekend in Atami

If you're looking to get out of Tokyo for a break, but are reluctant to go too far, then Atami in Shizuoka makes for a great destination. It is famous for its onsen (hot springs) and was a booming onsen resort town in the 50s -80s during Japan's economic bubble-period, but somewhat declined in popularity after the economic crash of the 90s. This gives it a somewhat dated feel, however it is currently experiencing a revival due to its close proximity to Tokyo.

In general I recommend renting a car and using it to explore the entire Izu Peninsula, but for this article we will focus one a two day, one night trip in Atami. I will share a sample itinerary that two Omakase Tour staff members followed last weekend . I will also recommend other places of interest. 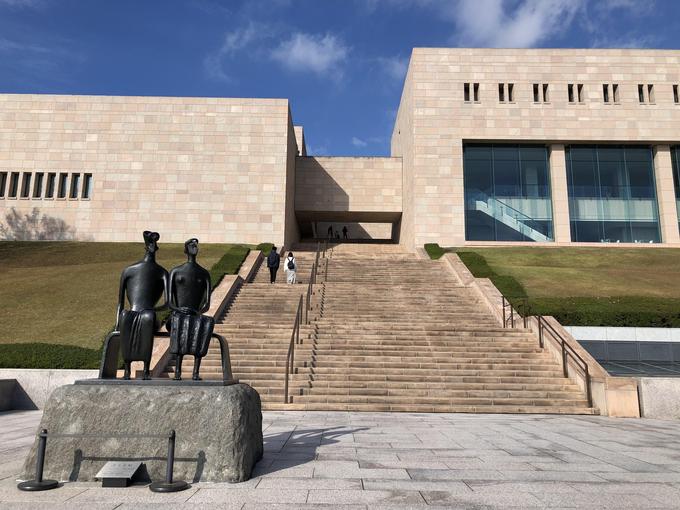 The MOA Museum was built in 1982 and holds over 3,500 pieces of art. Their vast collection includes calligraphy, handicrafts, orientary art, national treasures and even a Japanese garden. As it is located on a hill overlooking Atami, the highlight is the breathtaking view From the museum's viewpoint you can see as far as Izu Oshima! There is also a Japanese teahouse called "Ippaku-an" where visitors can relax in the garden while sipping green tea and trying Japanese matcha sweets.

How to get there: By bus for "MOA Art Museum" from Atami station (the 1 day Yuyu bus pass is valid for this route too) - it takes 10 minutes. (Google Maps) 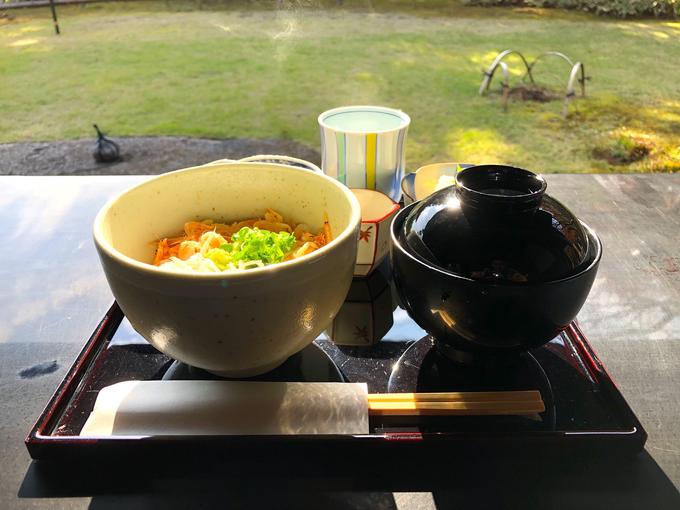 If you're feeling peckish after exploring the museum, you could stop for lunch at the on-site restaurant "Hana-no-Chaya". They offer a special Atami set meal for 2,500 yen which contains various local delicacies. They only sell 30 of these per day so if you're too late then you risk it not being available. In that case, they offer a cheaper "Momoyama" set for 1,500 yen. Both sets are Japanese cuisine. They have some outdoor seating and in Autumn and Spring there are splendid views of maple leaves and plum blossoms respectively. (Google Maps) 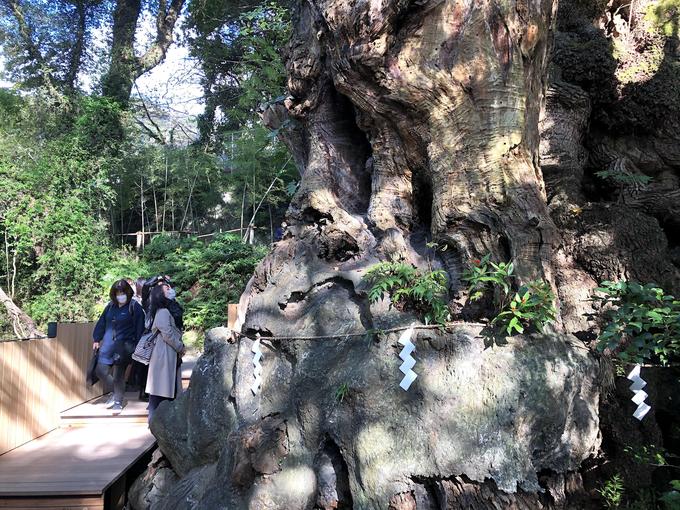 Kinomiya Jinja Shrine is said to be a sacred place where the Gods of Fortune and Luck reside. In the grounds of the shrine you will find a revered tree known as "Okusu" which is over 2,000 years old. It is said that circling the tree will increase your life span by a year, so many people visit for this "elixir of life". The shrine was built 1,300 years ago when a fisherman found a wooden statue in his fishing net which was considered a blessing from the Gods. Each year, to mark this event a festival known as the "Burning festival" is held from July 14 to 16.

How to get there: Take buses bound for Nishiyama from JR Atami Station, get off at Kinomiya Jinjya Mae - it takes 15 minutes. (Google Maps)

Atami Baien is a lovely garden boasting about 500 plum trees, which are said to be the earliest blooming plums in Japan. The first blossoms start to appear at the end of November, and continue on until early March. Situated in a south-facing valley and surrounded by nature, the park is both pleasant and warm. It's also very picturesque with several red Japanese traditional bridges crossing over bubbling streams. At the top of the valley is a foot onsen, which is something quite unique for a park!

How to get there: Walk from Kinomiya - it takes 15 minutes. (Google Maps) 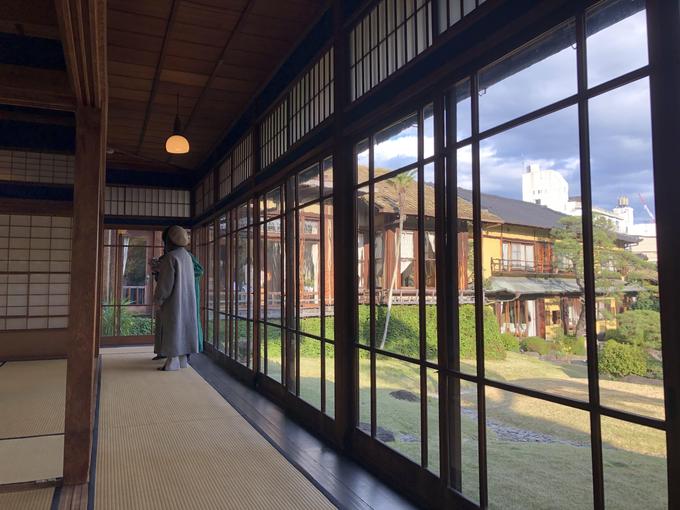 Kiunkaku was built in 1919 as the private villa of a wealthy businessman. In 1947 the property was converted into a Japanese style inn, which was in operation until 1999. It is now owned by Atami City and has been preserved as a cultural property. You can enter the buildings and walk around their peaceful landscaped garden.

How to get there: Take the Yuyu sightseeing loop bus from Atami Station - it takes 25 minutes. (Google Maps) 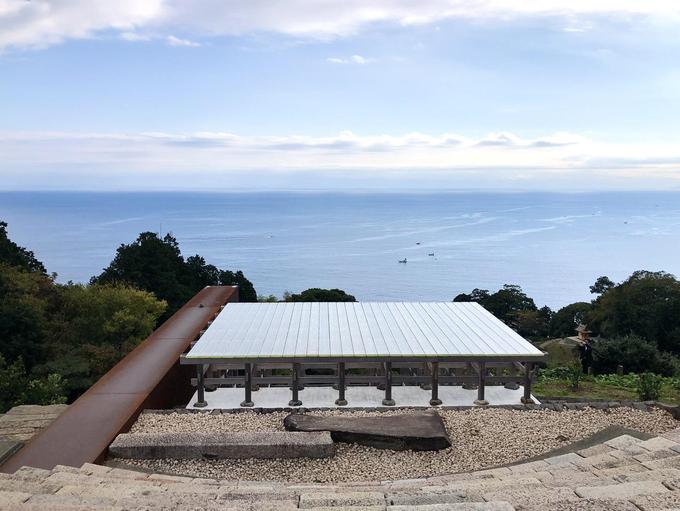 Enoura Observatory (no kids under 12 allowed)

Founded in 2017 by the Odawara Art Foundation, this complex was built to show visitors the essence of Japanese culture. The facility houses many art galleries with season exhibits, a tea ceremony room and a 100m long tunnel which was built to frame the sunrise at dawn. There are also several gardens to stroll around. The idea behind the garden is that visitors can experience what life is like in a less densely populated, pre-modern time. The concept behind this open air museum was designed by Hiroshi Sugimoto, a famous Japanese photographer and architect.

How to get there: There is a free shuttle bus between Nebukawa Station and the Observatory. Book the bus in advance. Or take a taxi from Manazuru Station - it takes 10 minutes. (Google Maps) 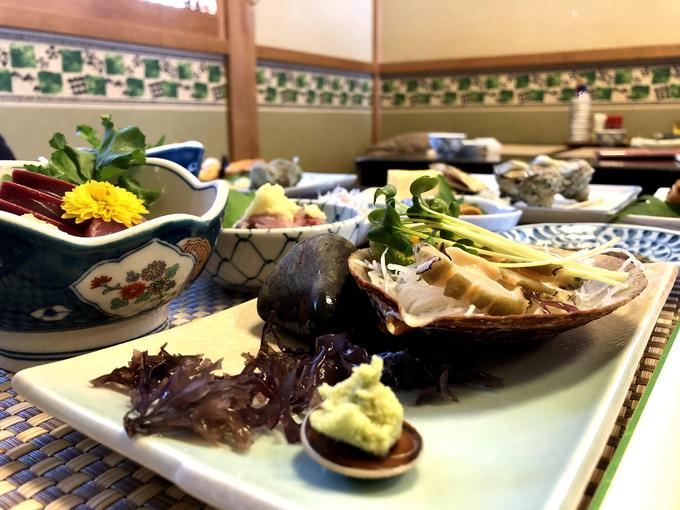 After the museum, you can head to Manarazu for lunch. If you are a seafood fan, you could try restaurant "Unisei", which specialises in artfully arranged and delicious fresh local seafood. They offer a set meal consisting of lobster, sea bream, abalone, raw sazae, raw sea urchin, grilled fish, miso soup, rice and pickles.

How to get there: From JR Manazuru Station, get off at the Hakone Tozan Bus bound for Cape Manazuru and get off at Satochi. (Google Maps) 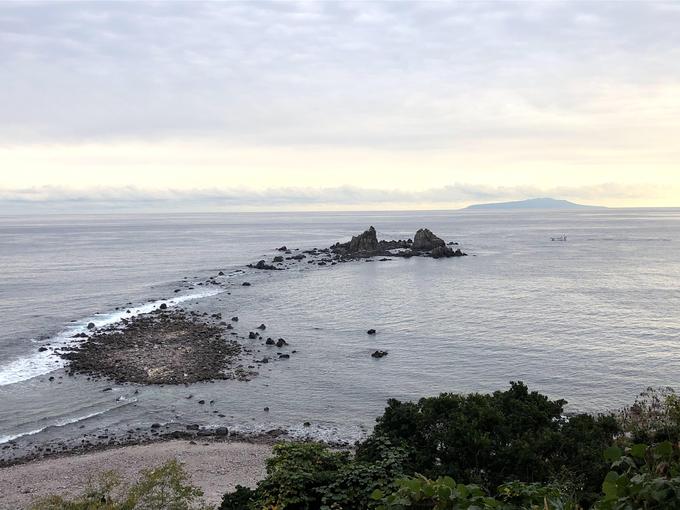 Situated at the tip of the Manazuru Peninsula, Cape Manazuru offers a wonderful view of the Izu Peninsula, justly earning it's position as one of "Kanagawa's top 50 scenic spots". There are lots of hiking trails you can take in the surrounding forests, or you can walk down to see the ocean and rock formations. (Google Maps) 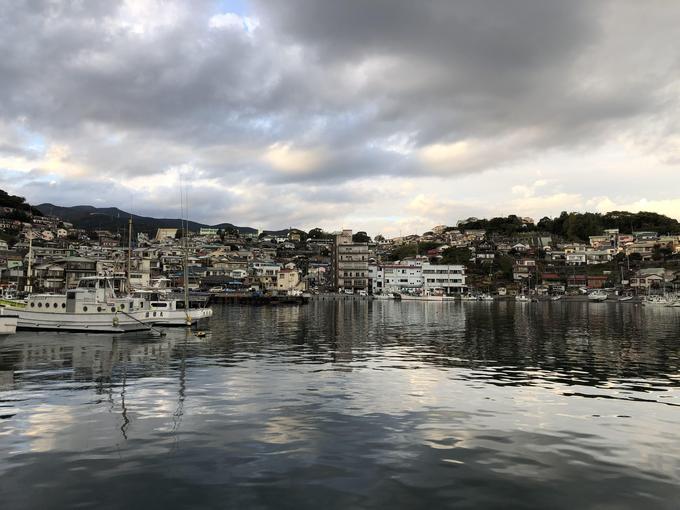 Manazuru is a small town on the Sagami Bay in Kanagawa Prefecture. It is a popular spot for fishing and diving, though is often visited for its spectacular views of the bay and unspoiled hilly forests. You can stroll around the port and see the local fishermen at work. If you arrive around 9:30am, you could visit the morning fish market, a much more authentic experience than more touristic markets. Don't forget to pay a visit to the Kibune Shrine, which overlooks Manazuru 108 steps up. (Google Maps)

That concludes our weekend in Atami area. From Manazuru it was back to Tokyo. There are more things to do in Atami than what we covered, here are a few more suggestions:

Here they have roses and herbs collected from all over the world. Stroll through their 12 miniature gardens and enjoy the flowers.

A rebuilt castle used less as a castle and more as an amusement facility where guests can enjoy a trick-art museum, a foot bath overlooking the city and a small museum.

An island about 30-minutes ferry ride from Atami. The island has open-air hot springs where you can get panoramic views of the sea, cottage-type accommodations on hilltops, and plenty of nature related activities such as diving, stargazing, and fishing.