Explore the well preserved and historical towns of Shirakawa-go and Hida-Takayama on this private one day trip from Nagoya. 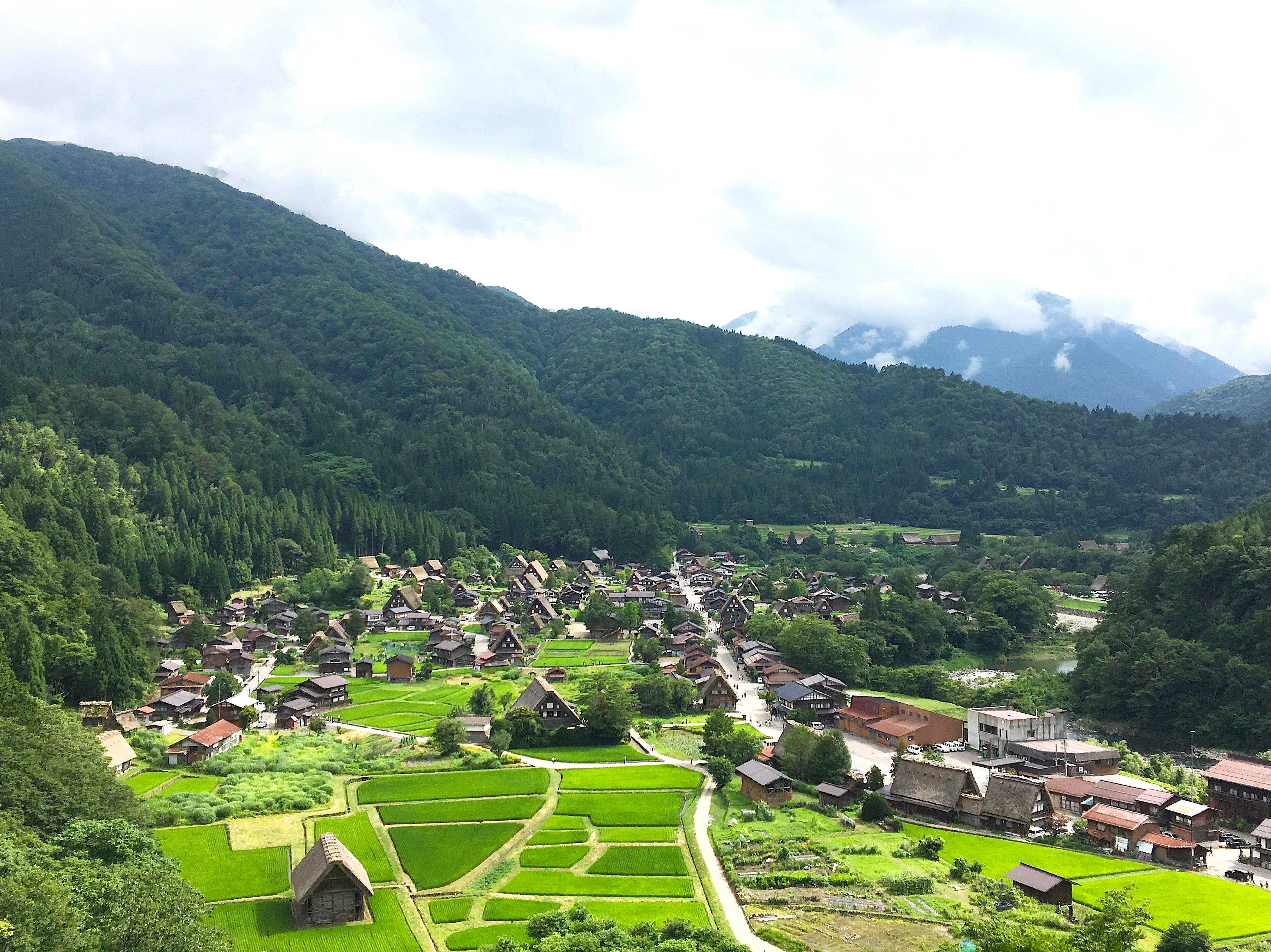 For those wanting a taste of traditional, mountainous Japan, this tour to Hida-Takayama and Shirakawa-go is perfect. It's a one day, private tour from Nagoya and includes pick-up and drop-off at your hotel. You will see the nostalgic old town of Hida-Takayama, with the original architecture still intact and dating back over 300 years. You will have the chance to explore the nearby Folk Village or try your hand at some traditional crafts of the area. You will then be transported even deeper into the mountains to the isolated villages of Shirakawa-go and Gokayama, famous for their centuries-old farmhouses built with slanting thatched roofs to prevent snow build up. Explore Japan's countryside, it has so much to offer!

① Depart Nagoya (8:00-10:25)
Get picked up at your hotel in Nagoya by a driver. You will stop at a roadside station for a quick break on the way to Takayama. 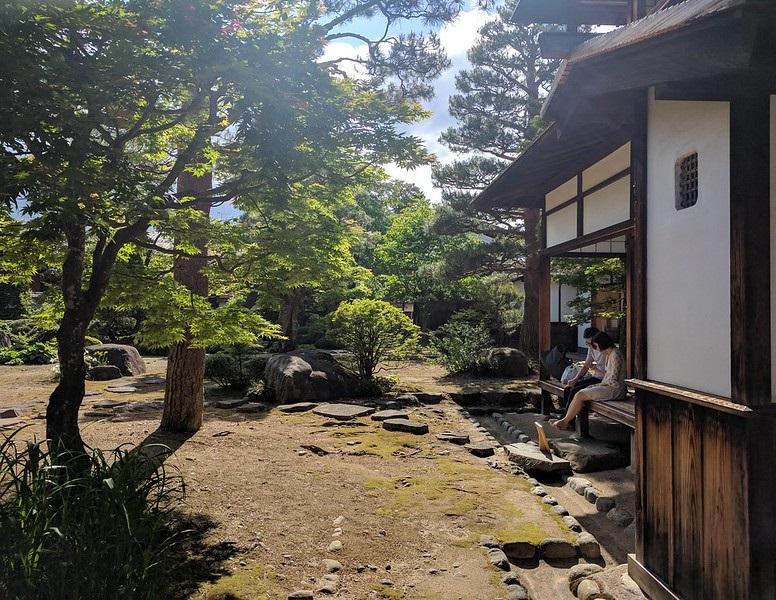 ② Hida-Takayama – Furui Machinami and Takayama Jinya (10:30-12:00)
Located at a high altitude far from other areas of Japan kept Hida Takayama fairly isolated, allowing the city to develop its own distinct culture. These days it is often known as “Little Kyoto.” Takayama is home to an old Edo era town known as Furui Machinami. Established by former samurai Nagachika Kanamori, it is almost unchanged since it was developed over 400 years old and is the perfect place to feel the atmosphere of an old Japanese castle town. Taste local sake as it was made back then, or try their specialty Takayama ramen or Hida beef. You will explore narrow streets where water flows past traditional houses, with the original sake breweries and merchants’ houses still standing. The town was designated as an Important Preservation District Of Historic Buildings. 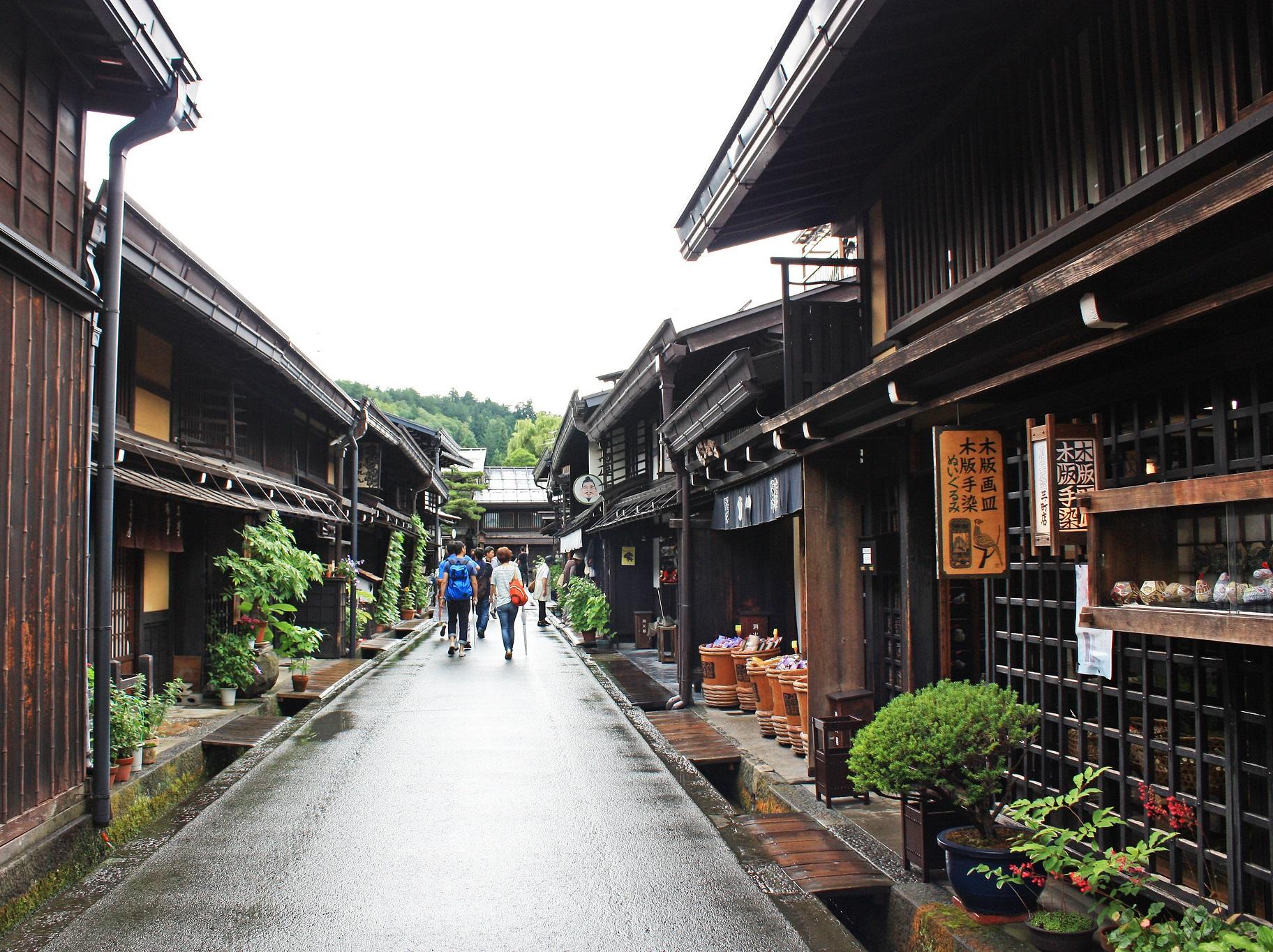 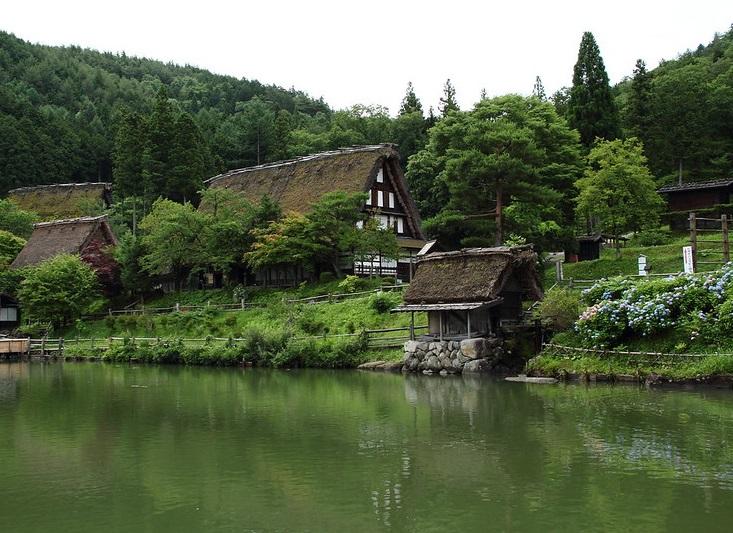 ④ Hida Folk Village (13:00-13:45)
After a stroll through the charming old town, you will head for the Hida Folk Village. Spread out among the hills, the folk village has recreated the traditional mountain village scenery of the Hida district. The park has many thatched-roof houses where you can experience the lifestyle of olden-day Hida. All kept in their original condition, you can see various kinds of daily tools and objects from the past inside, making it easy to imagine how they used to live. Several of the houses contain workshops where you will find artisans carrying out their trade that has been cultivated over the centuries. These include Hida quilting, straw crafts, wood carving, weaving, making ceramics and making shingles for roofs. 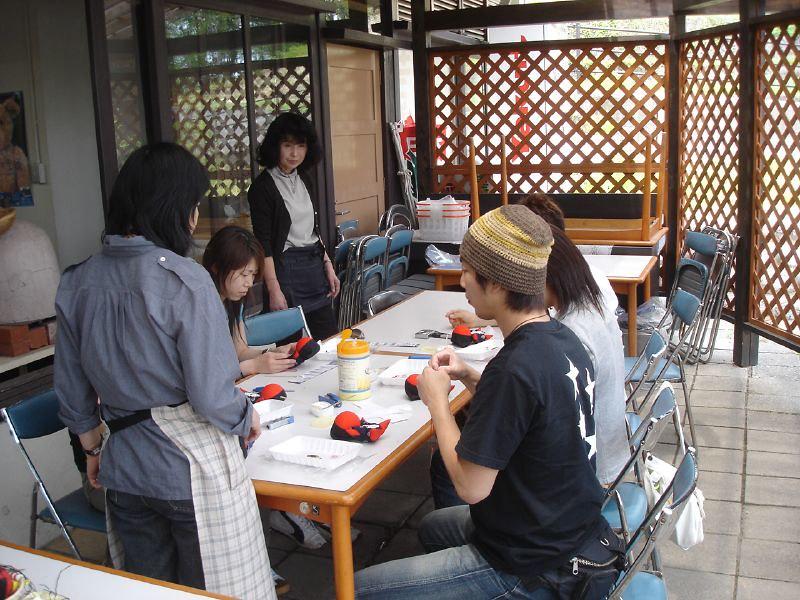 Or Hida Takayama Crafts Experience Center
If you prefer to do something more hands-on, you can opt for the Hida Takayama Crafts Experience Center. There you're able to try your hand at making your own traditional craft, with some of the options being senbei (rice cracker) making, ceramic painting and sarubobo (monkey baby) doll making. The mascot of the Hida region, sarubobo dolls were traditionally made by mothers for their daughters as charms blessing happy marriage and smooth birth delivery. 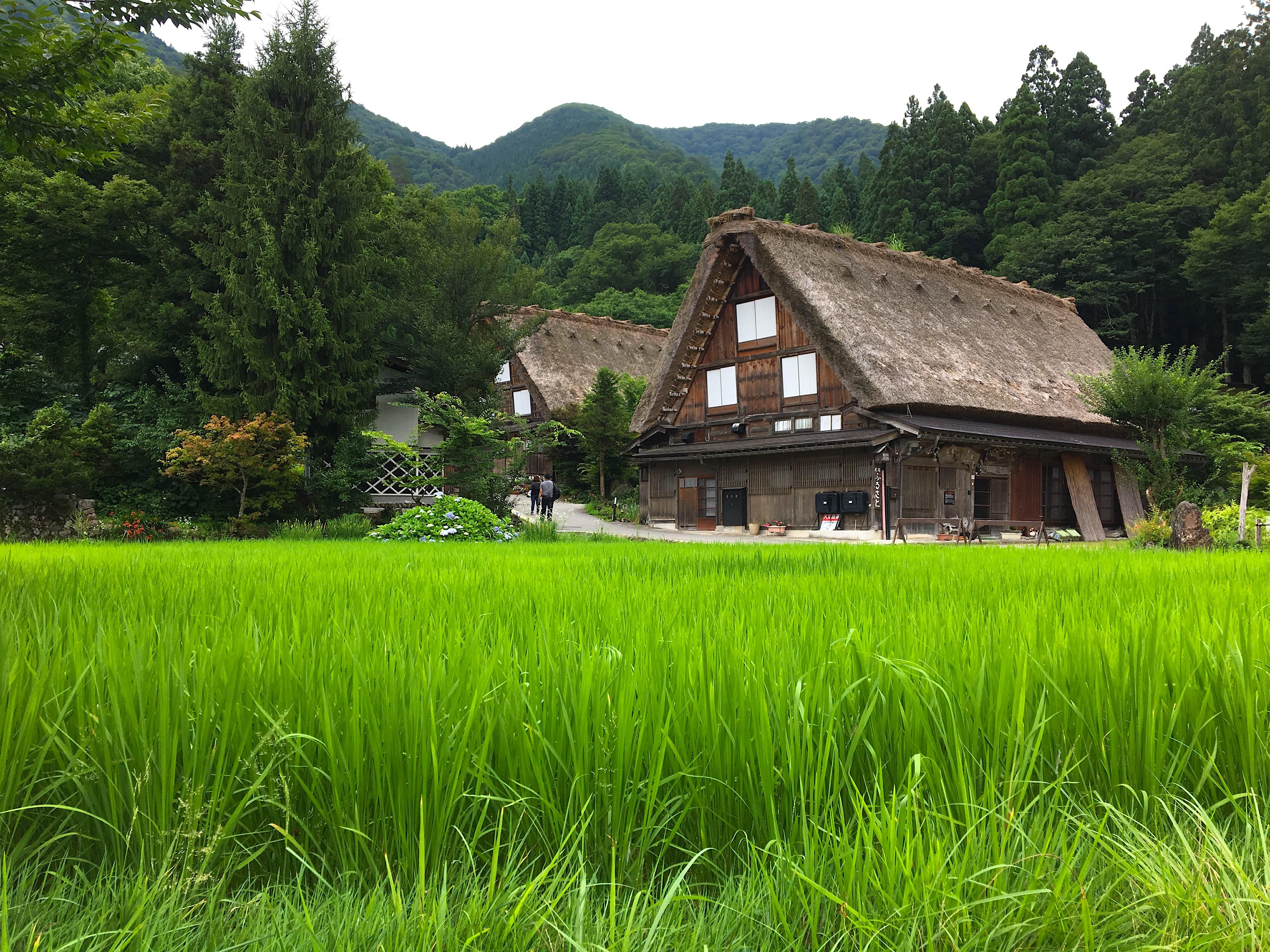 ⑤ Shirakawa-go (14:45-17:00)
Located in the remote mountains that span from Gifu to Toyama Prefectures, Shirakawa-go is a traditional village famous for its almost 300-year-old thatched roof farmhouses. The slanting roofs are designed to withstand the large amounts of heavy snow that falls in the area during winter. Ogimachi Village is where you will head – you may have seen pictures of the many farmhouses covered in snow. You will have free choice of what you wish to see. Some possibilities are:
• Gassho-zukuri Minkaen - an open air museum
• Shiroyama Viewpoint
• Go inside the many gassho-zukuri farmhouses
• Myozenji Temple - see a temple with a thatched roof rather than the usual tiles
• Shirakawa-go no Yu - bathe in a traditional hot spring 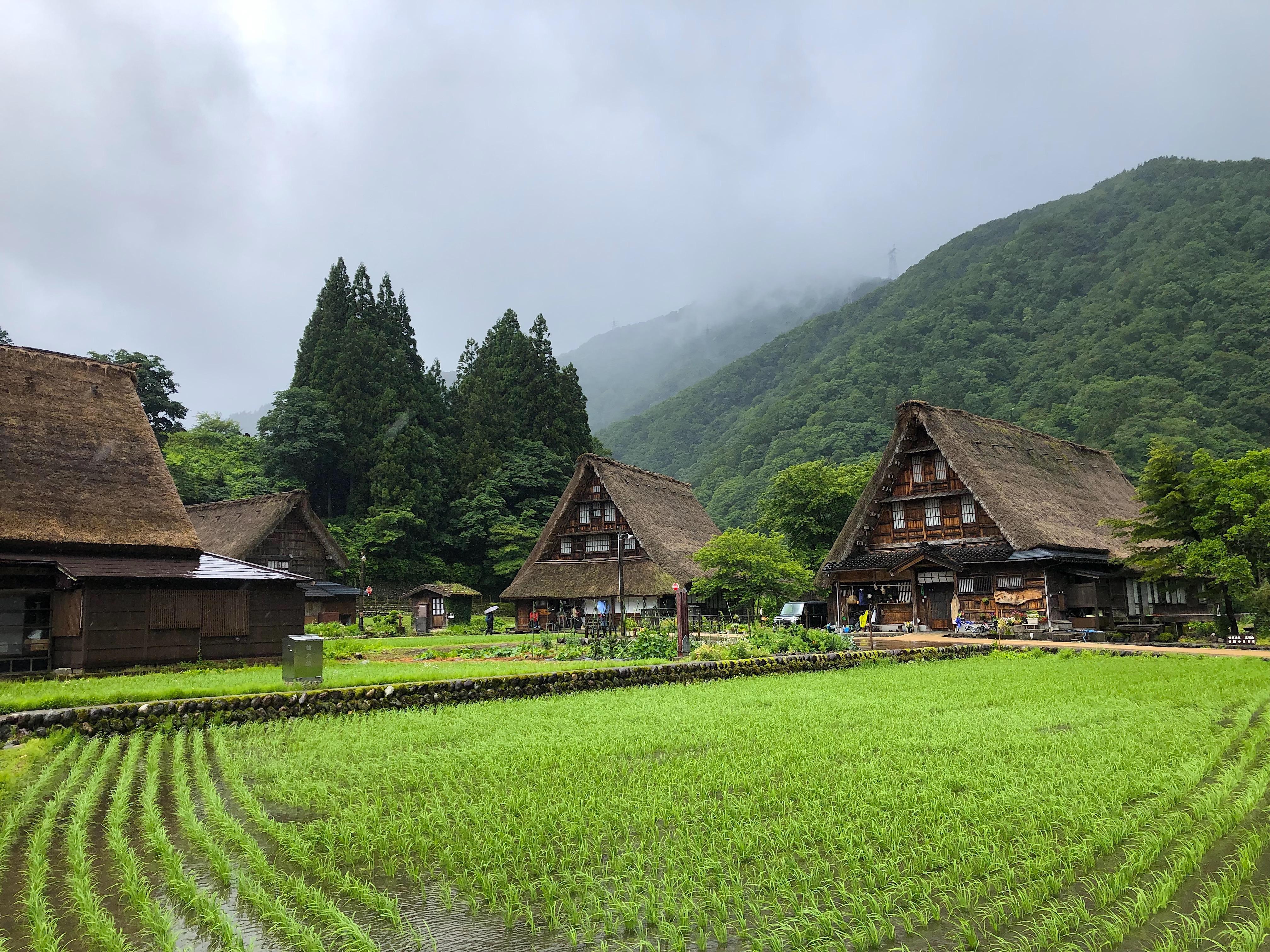 Or Gokayama
Less developed and quieter than Shirakawa-go, Gokayama offers a smaller yet more intimate alternative to its more popular neighbour. It is made up of two villages - Suganuma and Ainokura. In these villages you can explore a number of old thatched roof houses and small museums. Ainokura, the most remote and quietest of all the villages is famous for washi paper - the technique was brought there from Kyoto at the end of the Heian Period when survivors of the Taira Clan escaped to this region after their defeat by the Minamoto Clan. You can try making your own paper, or try the “sasara”, an instrument made from over 100 wooden clappers.

⑥ Return to Nagoya (17:00-19:55)
Depart Shirakawa-go for the journey back to Nagoya. You will stop at a roadside station for a quick break on the way home.

• Explore the old town of Furui Machinami
• Go to Takayama Jinya, an Edo-era government office
• Try local Takayama specialties such as Hida beef
• See what life was like 300 years ago in the Hida Folk Village
• Try a craft making experience
• Visit the thatched-roof village of Shirakawa-go or Gokayama

This tour does not include a guide. The driver will meet you in the hotel lobby with your name on a signboard. The driver may or may not speak English, however you will be able to communicate using a tablet to translate.