Learn about the history, spirit and education of the samurai as we retrace their steps back in time. 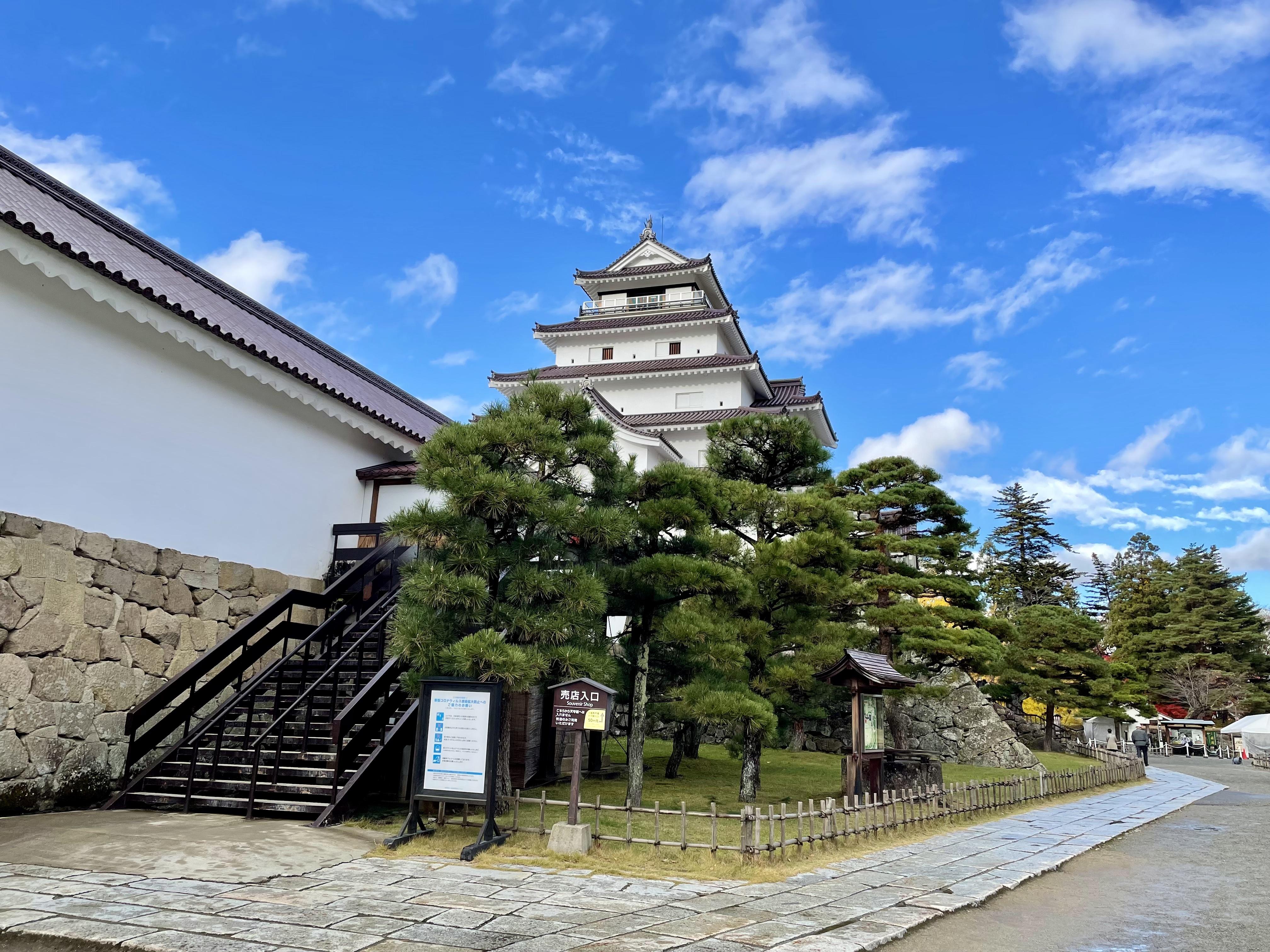 This is a one-day tour with a local guide to Aizu, known as the land of the Last Samurai.

Aizu Wakamatsu City is located in the western part of Fukushima Prefecture, in the southeast of the Aizu Basin, surrounded by mountains on all sides. Due to its important position in the Tohoku region, Aizu has been ruled by many great warlords. The town was founded as a castle town about 430 years ago. During the Boshin War (1868-1869), in a fierce battle against the new government forces, 19 teenage boys from the Byakkotai fighting unit took their own lives when they mistakenly thought their castle had fallen and their side had lost.

Learn about the history, spirit and education of the samurai as we retrace their steps back in time.

9:00 - Gather at Aizuwakamatsu station then head to Nisshinkan by taxi 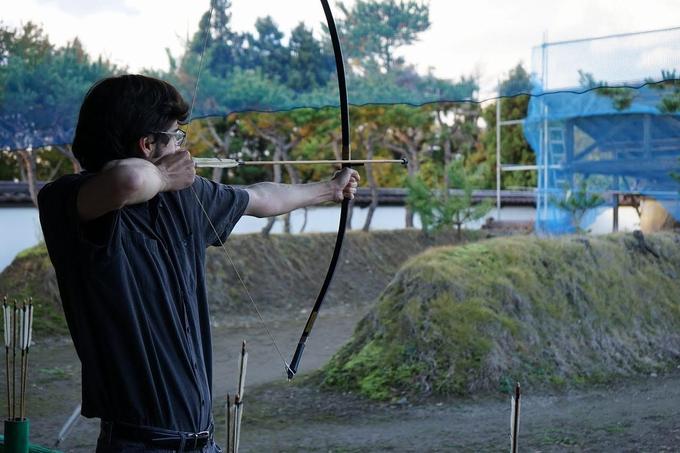 Nisshinkan is the highest ranked school of the Aizu clan, built in 1803 for the purpose of fostering education. Children of the clan entered the school at the age of 10 to study and practice martial arts to develop their mind and body. The school had a martial arts hall, an observatory, and the oldest swimming pool in Japan, Suiren Suima Pond, on a site of about 8,000 tsubo, and produced many talented people, including the boys of the Byakkotai. In the Nisshinkan, which is a faithful reconstruction of the facilities of the time, you can see the magnificent Edo architecture and the learning style of the time. You can also enjoy various bushido experiences such as Kyudo and Zen meditation, and painting Aizu's lucky charm, Akabeko. 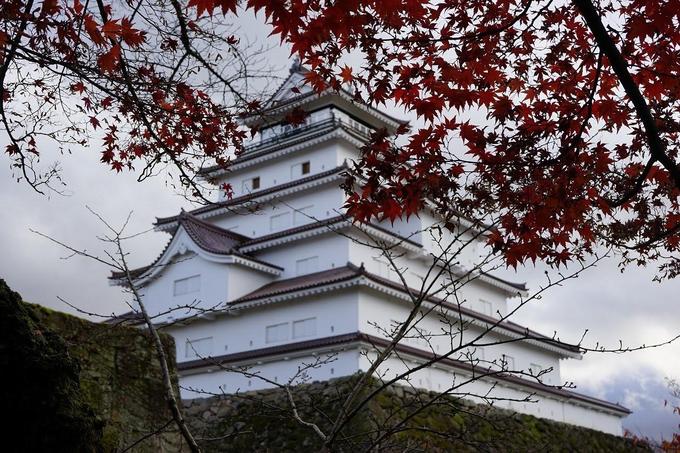 Tsurugajo Castle, the symbol of Aizu Wakamatsu City in Fukushima Prefecture, was built about 630 years ago and is officially called Wakamatsu Castle. In 2011, the roof of the castle tower was replaced with red tiles, restoring the castle to its original appearance at the end of the Edo period. The five-story red-tile castle tower is considered one of the 100 most beautiful castles in Japan.

The inside of the castle tower is a museum where you can experience the history of Aizu. 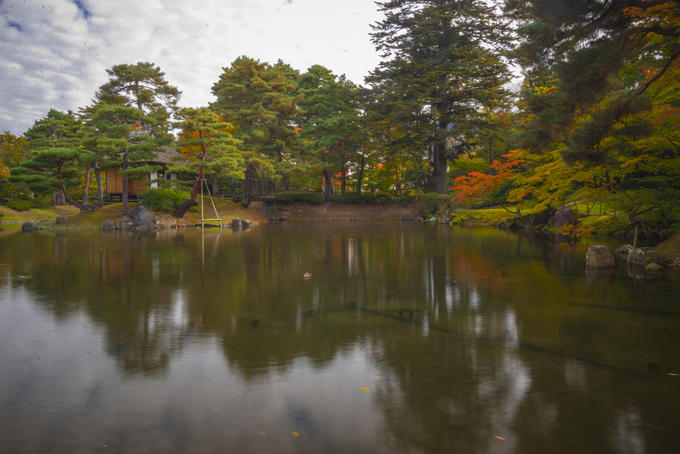 Oyakuen was used approximately 600 years ago as a villa for the lord of the Aizu Domain. In the mid-17th century, the lord started growing medicinal herbs within the grounds which he developed to protect the citizens from epidemics. This lead to the garden gaining the name "Oyakuen", which literally means
"medicinal garden." The traditional garden has been preserved and looks just as it did long ago. The buildings within the grounds were used by
the lord as a place of relaxation and for entertainment. Accordingly, Oyakuen still contains buildings devoted to Japanese tea. Visitors can enjoy a cup of herbal tea here even today. 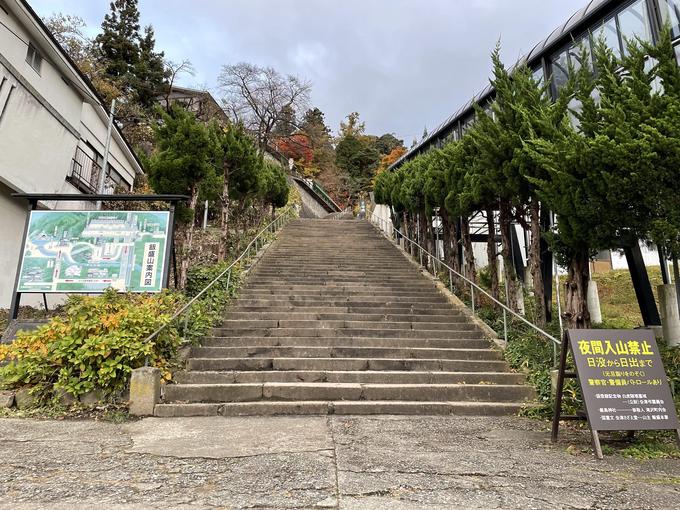 Iimoriyama is a small mountain overlooking the castle town of Aizu. During a battle, 20 of the boys retreated to the hill. While there, they saw a fire in the city and, thinking that Tsurugajo Castle had fallen, they committed suicide on the spot. Only one boy survived. The graves of the nineteen soldiers of the Byakkotai and the thirty-one soldiers who died in various parts of the castle can still be seen on Mount Iimoriyama. Because of the steep stone steps, you can use the "moving slope/slope conveyor" to go up. Aizu Sazae Hall is nearby and there are many souvenir shops at the foot of the hill. 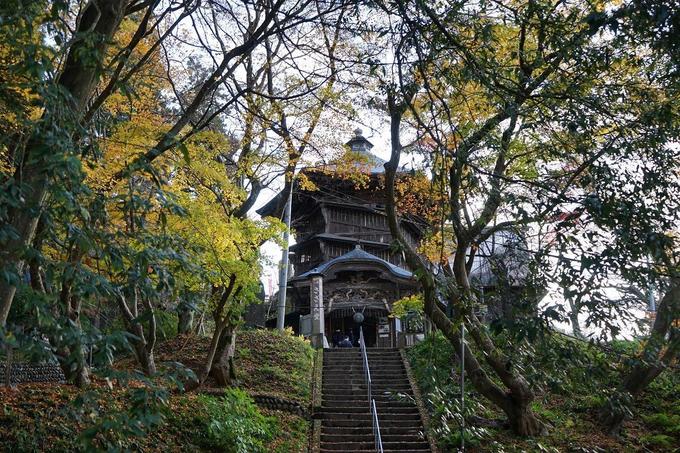 Aizu Sazae Hall was built 225 years ago in 1796. It is a 16.5m high, hexagonal, three-storied hall. It is the only wooden building in the world with a double-helix structure.

The official name is Entsuu Sansodou. There was a temple called Shosoji in Iimoriyama at that time, and the building was invented by Ikudo, a priest who was its abbot. In the past, the unique double-helix slope was used to enshrine the statues of the 33 Kannon (Buddhist deities) of the West, and it was said that visitors could visit the 33 Kannon by visiting this temple. In 1996, the temple was designated as a National Important Cultural Property in recognition of its unique status in the history of architecture, as it was built in a one-way system, with separate passages for ascending and descending, so that many worshippers could visit the temple safely without passing each other.

17:00 - Arrive at Aizuwakamatsu station and end the tour

After Nisshinkan, you can choose to take a taxi to Jurokkyo Bridge instead of TsurugajoCastle and walk/hiketo Kowashimizu, Takizawa Pass, and Iimori Mountain. Please consult with us in advance if you prefer to do this

• Learn about the history of Aizu and the Samurai at the beautiful Tsurugajo Castle.
• Learn about the life and death of the samurai at Iimoriyama.
• Visit the Sazae Hall, the only wooden building in the world with a double-helix structure.

• Please wear comfortable walking shoes and clothing.
• The tour may be cancelled in the case of extreme bad weather, in which case we will contact you in advance.
•