Nature Walk at Minoo Park, the Best Nature and Waterfall in Osaka

A great escape from the hustle and bustle of Osaka. 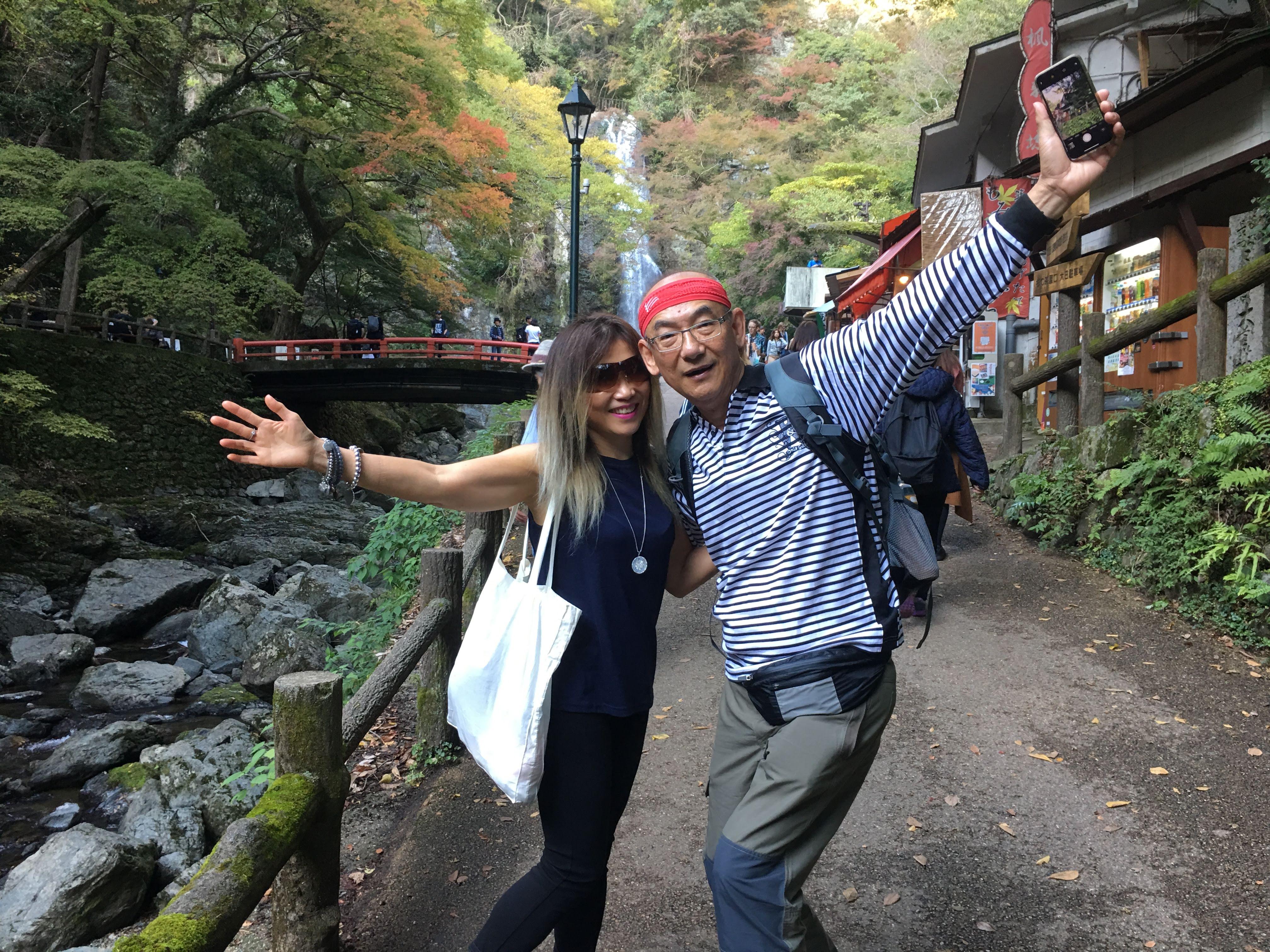 This walking tour is about 4 hours in total, away from the hustle and bustle of the big city Osaka. You can enjoy the seasonal nature while hiking. It is about 30 minutes from Osaka by the train on the Hankyu line. Mount Minoo a wide monumental park, “Mino Park”, which has a beautiful waterfall, “Minoo Waterfall” that has been selected as one of the best waterfalls in Japan. Around the waterfall you can enjoy various sceneries throughout the four seasons from the fresh green in spring, up until the beautiful autumn leaves in autumn.

Minoo Park was designated as a quasi - national park on December 11, 1967 as one of the Meiji 100th year commemorative project. A treasure trove of natural habitats of around 1,300 kinds of plants, 3,500 insects, a lot of wild birds, mammals, amphibians, reptiles, fishes, etc surround the park. The special natural monument, the Japanese salamander, also inhabits the mountain area of Minoo.

After meeting with the tour guide at Minoo station, the tour starts with a walk along the Minoo waterfall hiking course towards the "Minoo Waterfall". It takes about 1 hour to reach the turning point of the tour at "Minoo Waterfall". We will first arrive at "Ryuanji” within about 10 minutes after the start of the tour. "Ryuanji" has been the center point of the waterfalls since ancient times. Here exists a dojo where mountainous training was often held at. Mountain Priests gather here from across the country in April, July and November for a special sacrificial ritual. “Benzaiten”, the god of wealth, is enshrined in the temple’s main hall and is reported to be Japan's oldest of the Seven Deities of good luck. After visiting the temple’s main hall, we will head further upstream.

On the way up, we will pass the “Hideyo Noguchi” statue, an ancient field for training and “Tojin-modoriiwa” stones. Opposite the Minoo Waterfall is an abundant of nature and a large park. “Minoo Waterfall” is Osaka’s most recommended waterfall in Japan. The large waterfall has a width of 5 meters and height of 33 meters. The large drop creates an impressive view at the base where the water falls in front of you with a white color. The water rapidly flowing down from the rock walls has an impressive amount of force. The way the surface of the water folds back upon hitting protruding rocks is very mysterious. When approaching the waterfall, you can let the sounds of the splashing water and the winds send negative ions throughout your body.

After visiting the waterfall, we will return to Minoo station, but we will have lunch at Yamamoto Coffee House on the way back down. Inside the store you can enjoy lunch and tea time in a calm atmosphere. The authentic roasted luxury beans are always carefully siphoned, the rich flavors and slightly bitter taste is known to be exquisite.

At the end of the tour, let’s rest our tired feet from the mountain climb at “Yuzuru-No-Ashiyu”, a foot spa near Minoo station. Leave the hustle and bustle of the city, listen carefully to the great nature, and enjoy the whole day together with nature.

· The powerful "Minoo Waterfall" splashing up close
· Nature, flora and fauna of every season in Minoo Park
· Minoo's special 'Maple tempura'
· Commentary on Minoo's nature and history by a local guide
· Set lunch with delicious coffee at Yamamoto Coffee House in a calm atmosphere
· Foot bath experience to heal fatigue from climbing

· Please come with easy-to-move clothes and easy-to-walk shoes.
· How to enter hot springs is taught beforehand by the guide.
· Tours may be cancelled due to the weather condition on the day.
· We accept hotel transfers at 5000 yen per group. Round trip train fares are to be paid separately on the day.

Agent and guide were flexible accommodating my last miunte change. This is very much appreciated. The walk was very pleasant because of the cool and fresh air. Not much autumn leaves yet though. The guide spoke English well and we had good conversations.

I enjoyed Mino park nature walk with a very kind and.knowledgeable guide MＨ! Water stream in the forest and Waterfall at the end made me refreshed, Only 30 minutes from the center of Osaka city, Coffee break at Cafe Yamamoto was very nice.

Wonderful tour and a nice tour guide with great history and culture knowledge, i have learned so many new things about japan in this tour, and i enjoyed chatting with the guide while walking in the nature of Minoo Park.

Another fantastic walking tour with a great company and fantastic guide. The Insect Museum was also a great option. The footspa to finish off was perfect!

Minoo-koen was beautiful. Weather was chilly. Our tour guide was there on time, and met us right where we agreed on. He's so friendly and a great historian. The trail/path was long and a bit tiring, but amazing colors of the autumn leaves that adorned the road were mesmerizing. You wouldn't feel the tiredness at all. We took a lot of pictures and here's a couple of them. The coffee and cake was delicious and brought a touch of Europe in Minoo-koen. Will surely going back again soon.