Getting in touch with the rhythm of Mt.Tsukuba with a local guide! 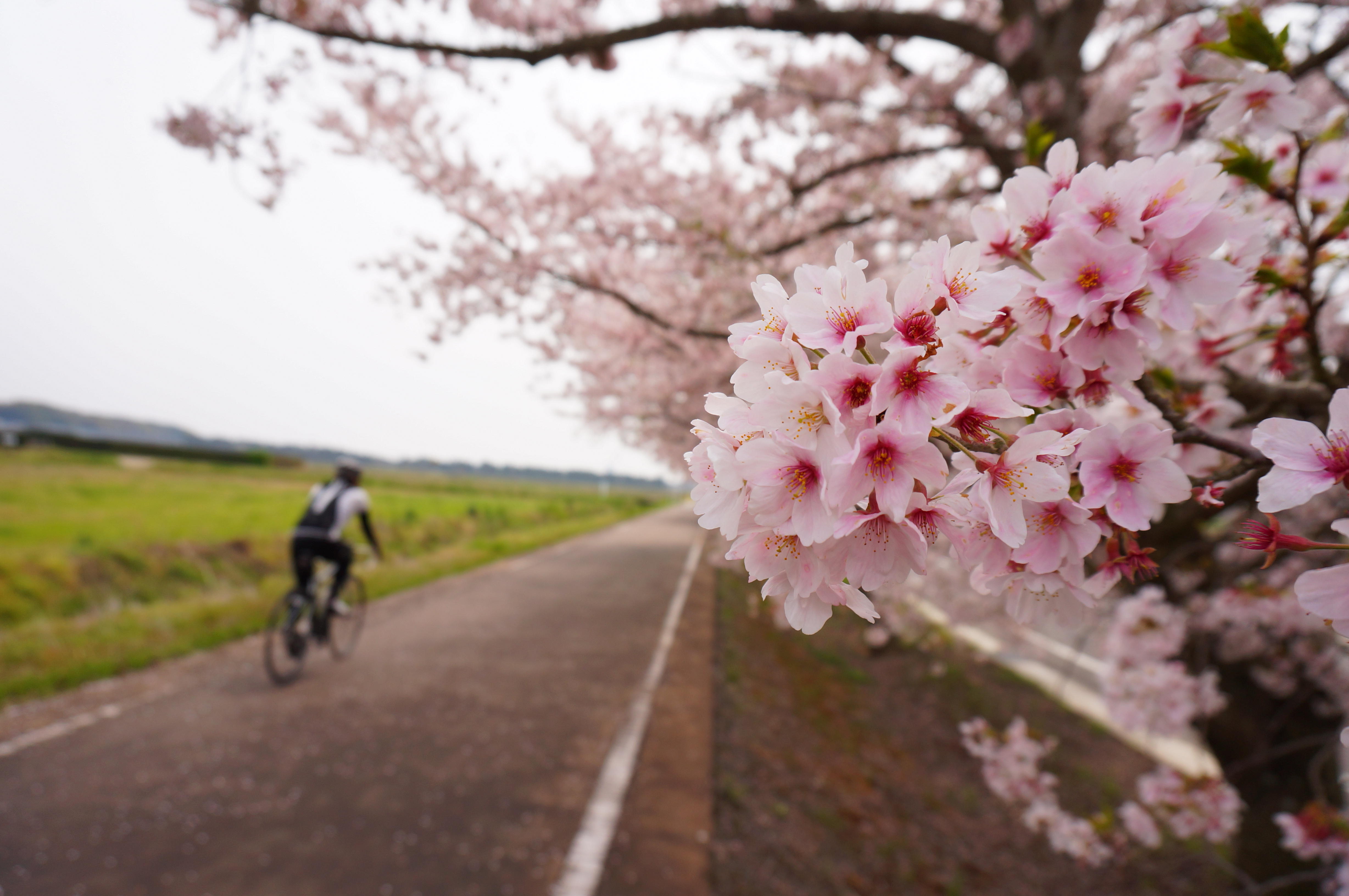 This roughly six hour cycling tour goes out and back from Tsuchiura Station in Ibaraki prefecture to beautiful Mt. Tsukuba. After joining your guide at JR Tsuchiura Station’s ticket gates at 10 am, we first rent bicycles at "Rin Rin Square Tsuchiura," directly connected to the station, and then start our cycling trip.
First on our agenda is Tsuchiura Castle. Built by Saburo Wakaizumi in the first half of the 15th century, the castle was significantly damaged by the Great East Japan Great Earthquake of 2011. The Taiko-Yagura Gate, East Turret, West Turret and all the buildings took a hit, but now they have been restored to their original grandeur, and in 2017 the site was selected as one of the 100 Finest Castles in Japan, a prestigious honor.
After touring Tsuchiura Castle, we embark on "Tsukuba Rin Rin Road" and head for Mt. Tsukuba.
Tsukuba Rin Rin Road is a cycling road repurposed from the ruins of the Tsukuba Railway line, with cherry blossoms planted on both sides of the road. This makes for quite an enjoyable cherry tree tunnel that during spring’s blooms.
On the way, we’ll take a break at the Fujisawa resting stop and visit the ruins of Oda Castle, which is located south of Mt. Hokyo and nearby Mt. Tsukuba. It was built by Hatta Tomoie in 1192, and has four levels of fortification and a quadruple moat covering about 1 square kilometer. It was once a large castle, but in 1602, after Satake’s transfer to Akita, it was abandoned.
After visiting the Oda Castle ruins and cycling toward Mt. Tsukuba, we take a break again at the Tsukuba rest area. Matsuya Noodle Works is located at the rest area here at the foot of Mt. Tsukuba, and offers homemade noodles and soup etc. for takeaway. Soup bases can be chosen from salt, soy sauce, or miso, and it is all reasonably priced at 850 yen for five servings. Char siu (pork) also is available at five slices for 500 yen. Noodles are made using 100% domestic wheat, and there is no doubt you will be enticed to take these as edible souvenirs home with their savory taste and authentic flavor.
After all this, we climb a little ways up Mt.Tsukuba and have lunch at the Kahn's Kitchen restaurant with an excellent view before us. You can enjoy the rustic scenery of Tsukuba in a relaxed atmosphere while eating a delicious lunch using homemade ingredients in this green, calm atmosphere.
After lunch, we descend Mt. Tsukuba and visit "Inaba Sake Brewery", originally built in the 19th century and representative of Ibaraki prefecture where sake brewing is still being carried out at original sake breweries. In this sake brewery the aroma of sake pleasantly wafts about, and you can learn lots about Japanese sake, such as the method of making sake brewery by Inaba Distilling, with all the technique, dedication, and enjoyment of the resulting alcohol with its refreshing, fresh-made flavors.
After visiting the sake brewery, we go back to Tsuchiura station again by Tsukuba Rin Rin Road". Let's take a last break at the old private house cafe known as "Shirofuji no Chamise," built near Tsuchiura Station, and look back on our pleasant touring day while drinking tea or coffee. You can enjoy the atmosphere of a good old Japanese house in the store that used to be a naval official residence in the past. After our break, we return the bicycle at Tsuchiura Station, and the tour will conclude.

・Please join us wearing shoes that are easy to walk in.
・Not recommended for pregnant travelers.
・No heart problems or other serious medical conditions.
・Not wheelchair accessible.