Explore the historical cityscape of Nakasendo and the nature of Kisoji. 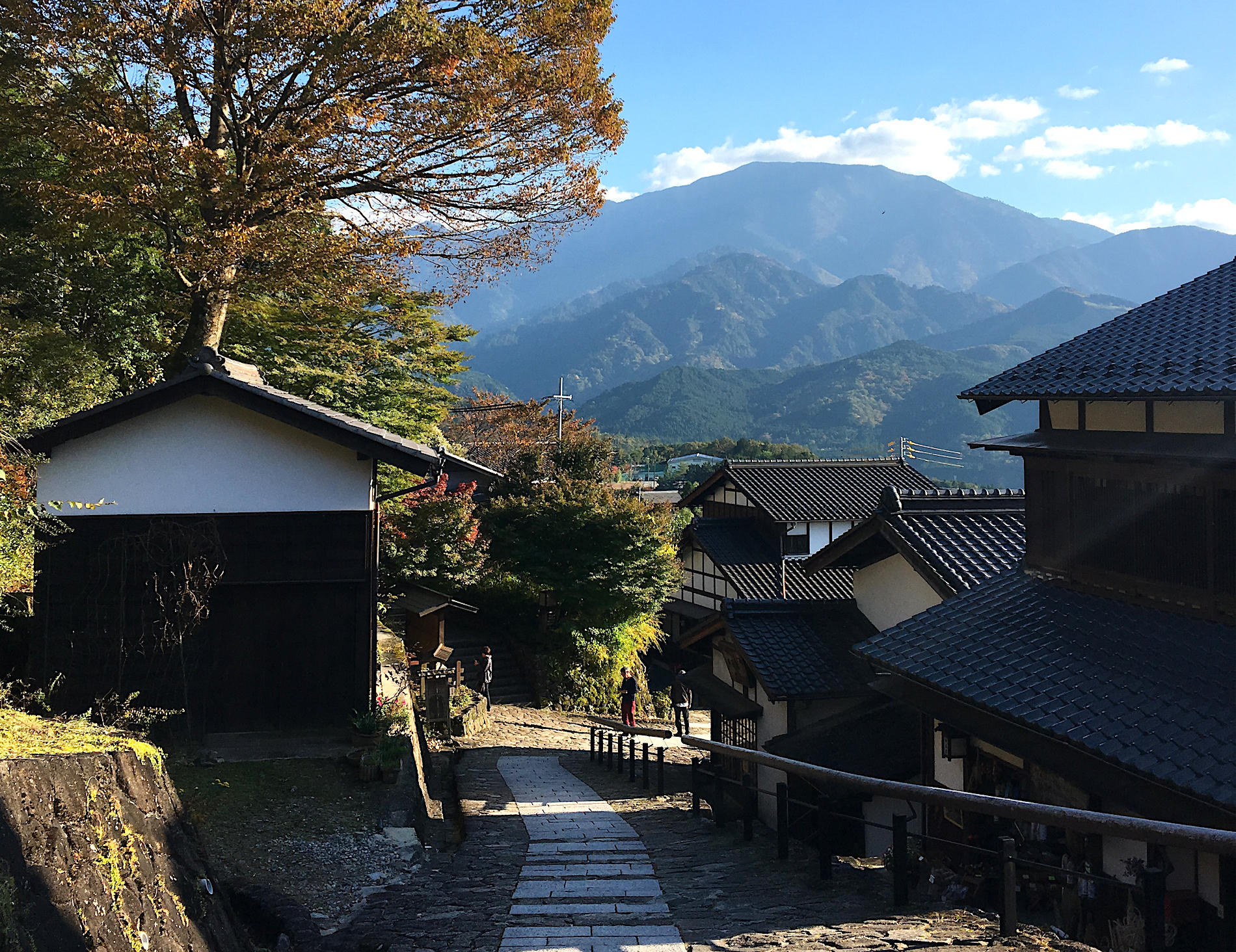 Nakasendo was formerly known as the Higashisendo and connects Kyoto and the eastern provinces including present day Tokyo. It was one of five highways created within a 7 year period from 1601 along with the Tokaido, Nikko, Oshu, and Koshu. This tour is a 5 hour mountain trail walk that traverses along a 9km trail that connects the two most beautiful post towns along the Nakasendo - Magome-Juku and Tsumago-Juku. Both towns still retain their medieval flare. Your guide will show you the commercial town in the Tono region that flourished when the highway was active. From cobbled roads going through Magome-Juku, the view of Mt. Ena, a quaint teahouse on a mountain pass, and beautiful mountain village scenery around Tsumago-Juku, there is no doubt that you will feel like you've been transported back to medieval Japan. 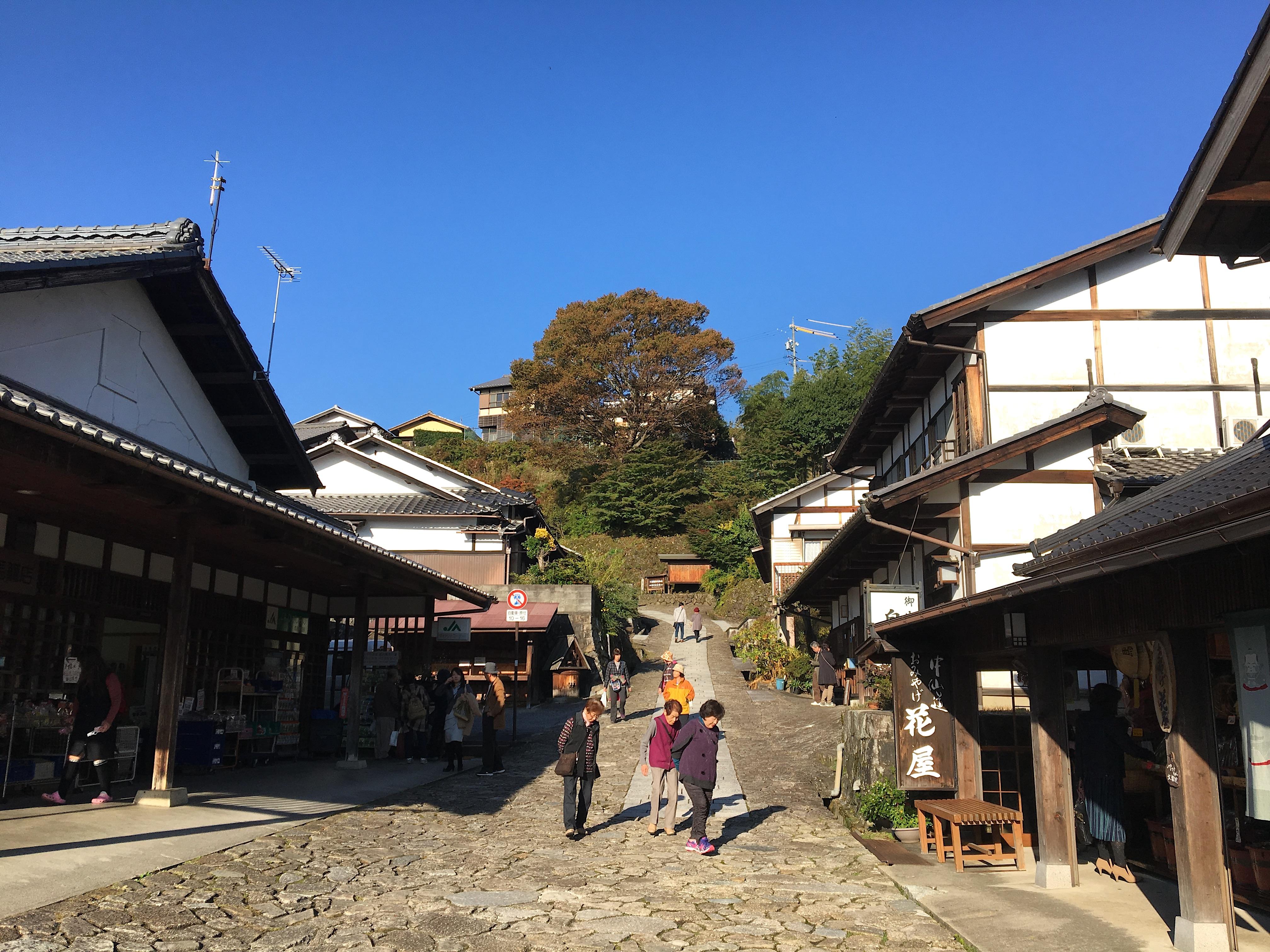 ① Magome-Juku（9:35-10:00）
Meet your guide at Nakatsugawa Station’s ticket gate at 9:00am before heading off to your first destination of Magome-Juku via bus. Magome-Juku is a post town on this ancient highway where many samurai passed through on their journey to and from the capital of Edo (present day Tokyo) between the 17th and mid-19th centuries. Located at an altitude of 600m, you can take in the vast cityscape of Nakatsugawa and Mt. Ena (one of Japan's 100 greatest mountains) in the southeast. Magome-Juku's highway runs along a steep slope along the ridge of the mountain, and is characterized by "hill houses" because the inns had to be built on steep slopes, and are therefore supported with stone walls at the base. 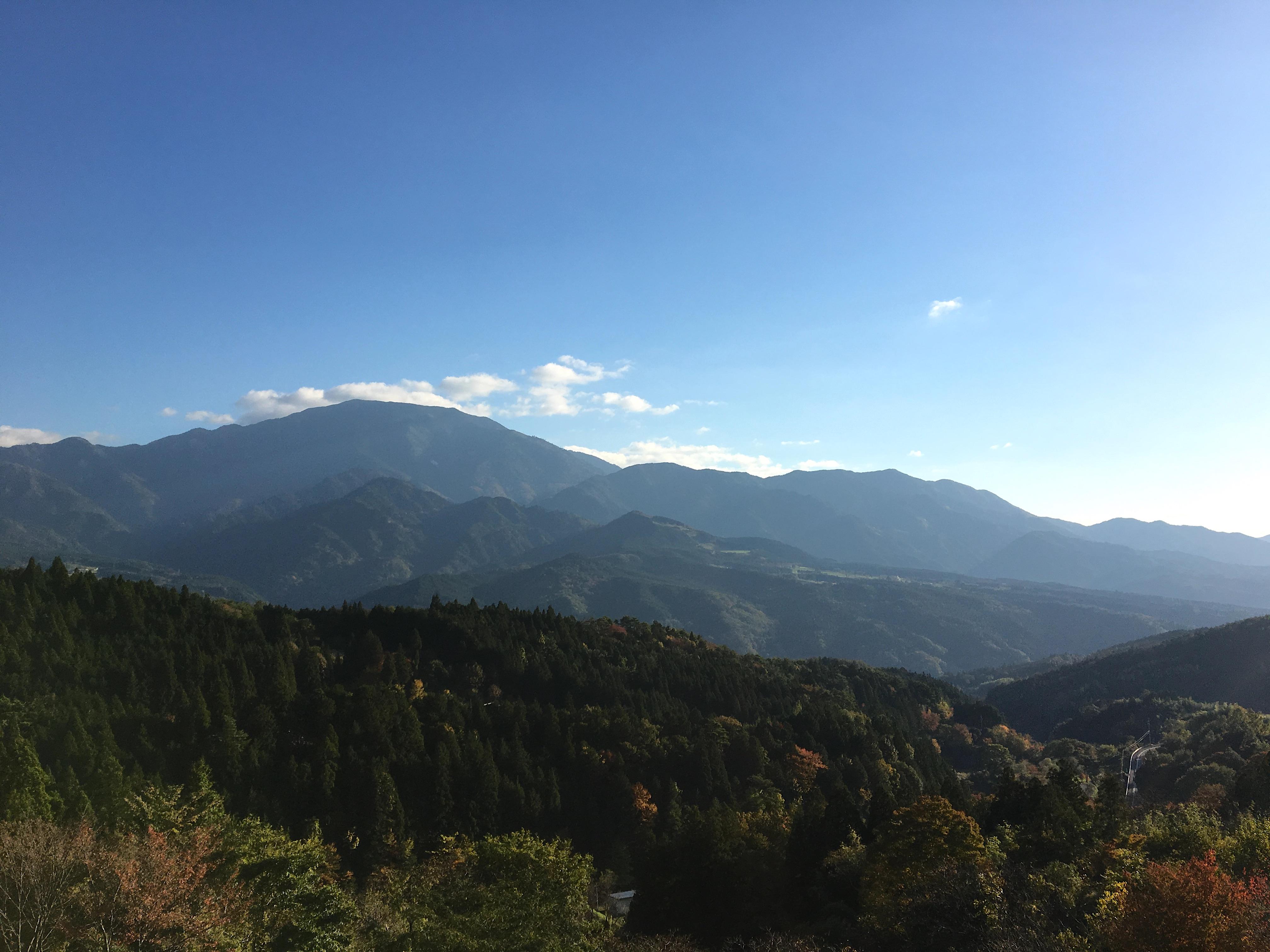 ② Magome Jinba Observatory（10:00-10:10）
This observatory located just up the slope of Magome-Juku has a great view from an altitude of 801m. Placed at the highest point of the Magome-Juku-Tsumago-juku hiking course, you can see not only Magome, but also a beautiful view of Mt. Ena. The sunset as seen from the observatory is ranked one of the top 100 sunsets in Japan. 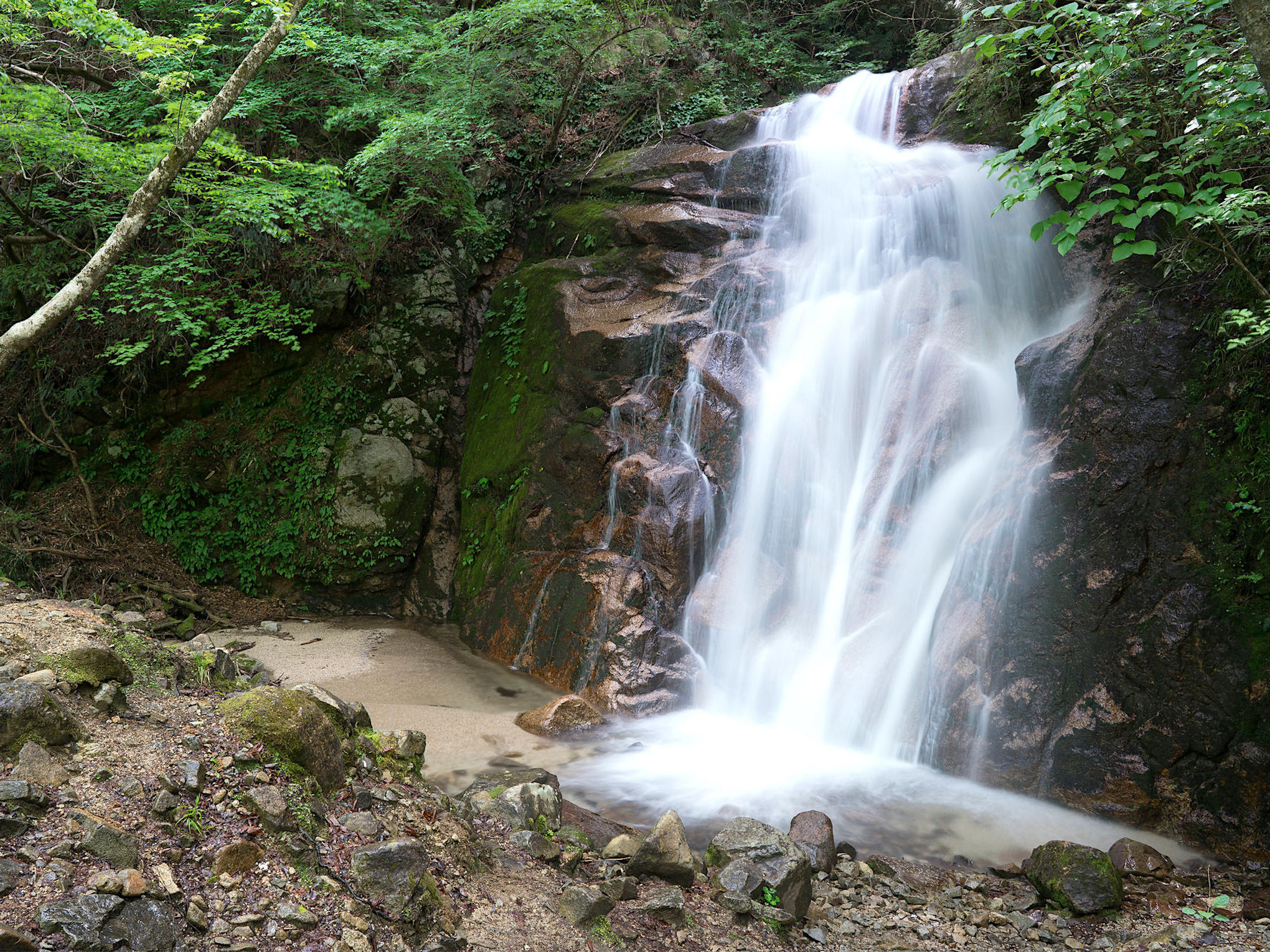 ③ Odaki and Medaki Waterfall（11:20-11:25）
On the left side of the waterfall is Odaki (man waterfall), and on the right side is Medaki (woman waterfall). Since the highway opened in Kiso, it has been a popular place for travelers to refresh themselves. It is also the setting of Eiji Yoshikawa's novel "Miyamoto Musashi", and is the place of the passionate love of Musashi and Otsu. 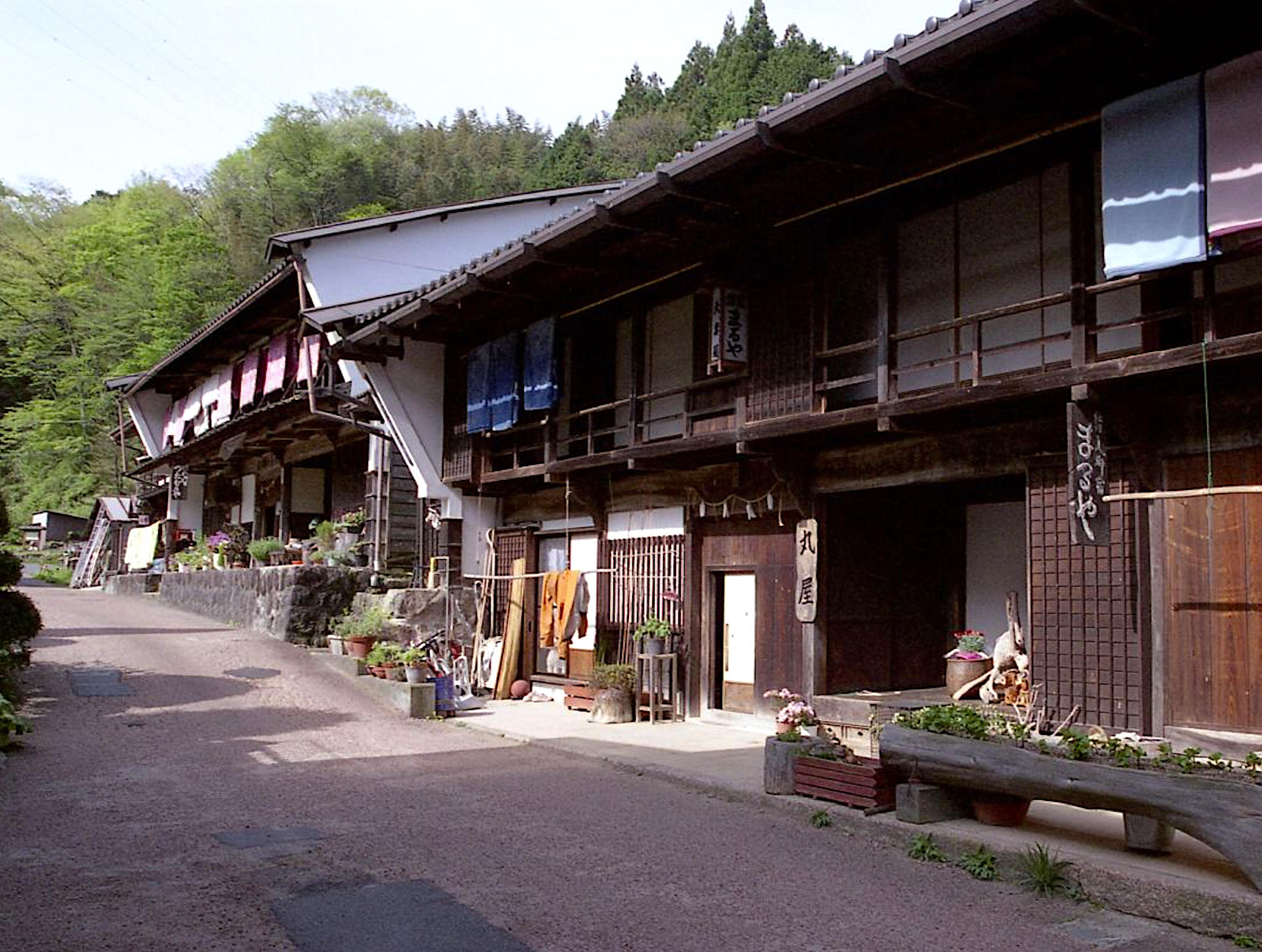 ③ Otsumago（11:50-12:10）
Otsumago is a district in the Tsumago-Juku Preservation Area where houses built in the Hon-Udatsu and Dashibari Zukuri styles line the streets. Even though the surrounding area is becoming a tourist destination, this location lies hidden away from major development putting it off the beaten path. The road winding its way along the mountain stream conjures up rustic imagery of rural Japan. 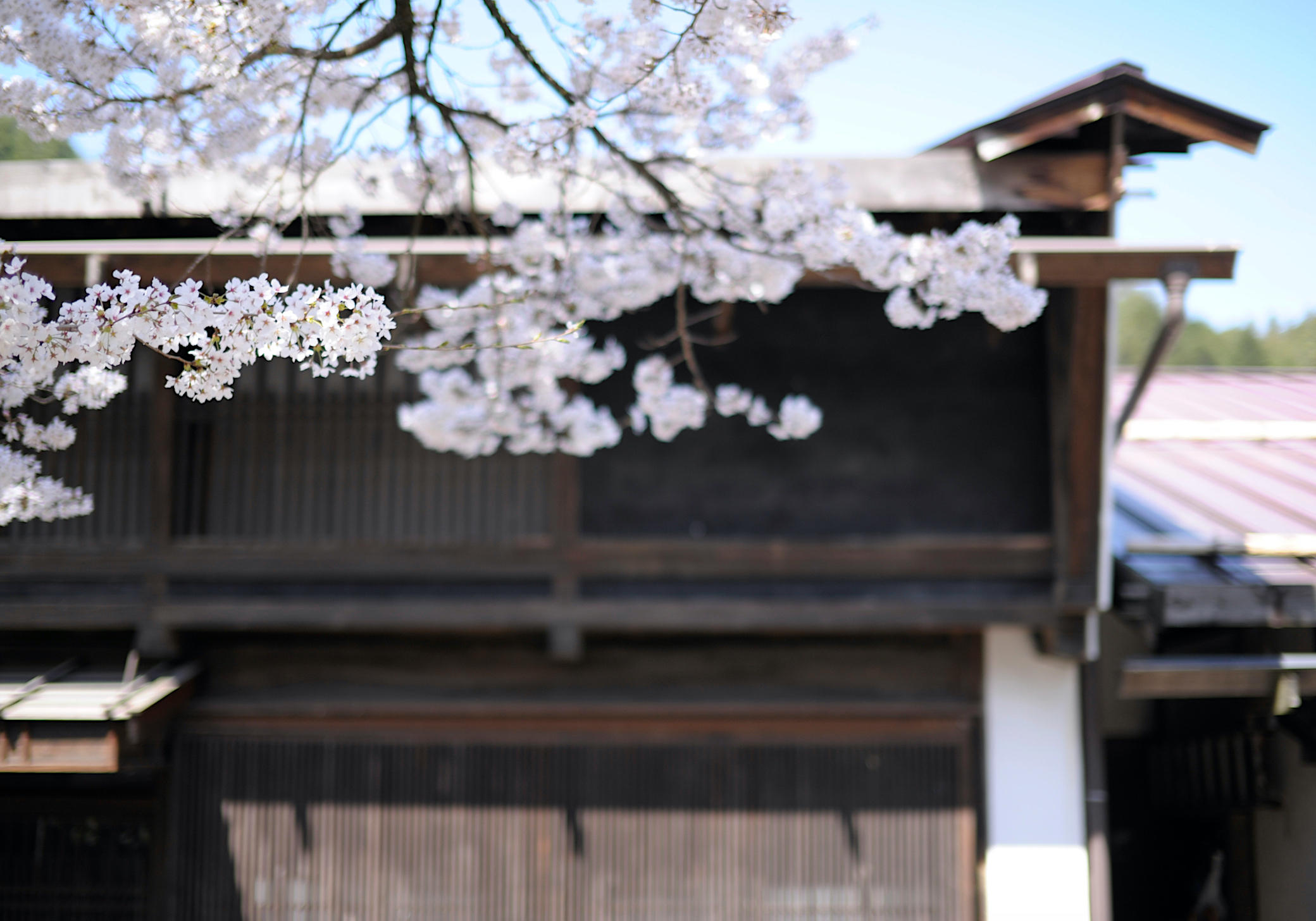 ⑤ Tsumago-Juku（12:30-13:05）
Tsumago-juku used to have one Honjin inn, one Waki-Honjin inn, and 31 Hatago inns. Here is where the commoners would stay when they journeyed on the highway. It is one of the most famous towns along the Nakasendo. Even now, the 17th and 18th century Edo-era townscapes, including the restored Honjin and Waki-Honjin as well as the streets of Terashita and Masugata, are designated important cultural properties of Japan. It is also called a living museum. 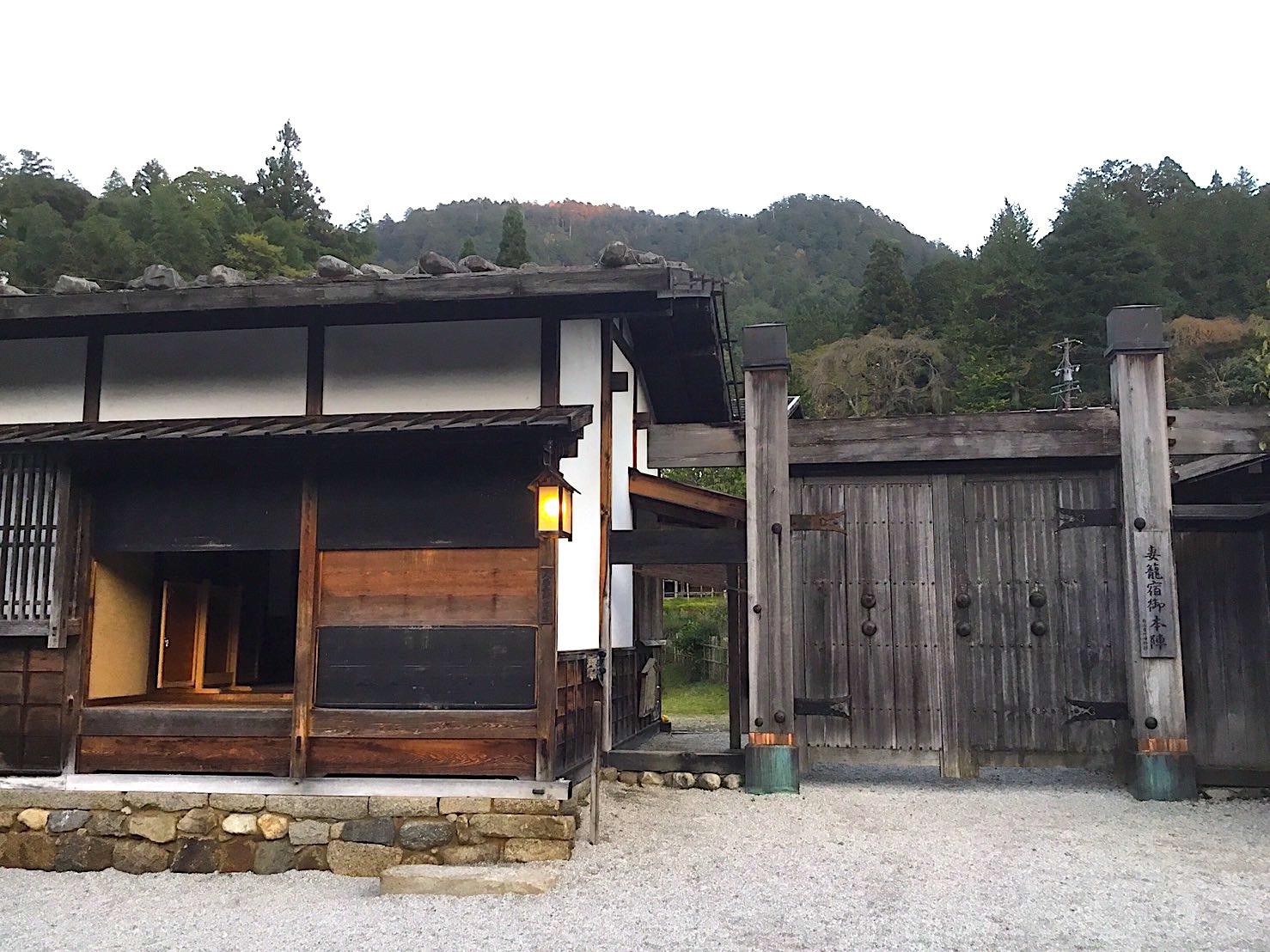 ⑥ Nagiso Town Museum（13:05-13:25）
This museum sits inside a Waki-honjin Okuya residence (Hayashiya House and a Designated Important Cultural Property). the house has been restored based on late Edo period floor plans. The museum consists of three reinforced concrete and wooden structures. Experience an authentic Tsumago-Juku Honjin, which allows you to immerse yourself in Kiso’s history with visuals, films, and artifacts. Deepen your understanding of Tsumago-juku at this interactive museum. 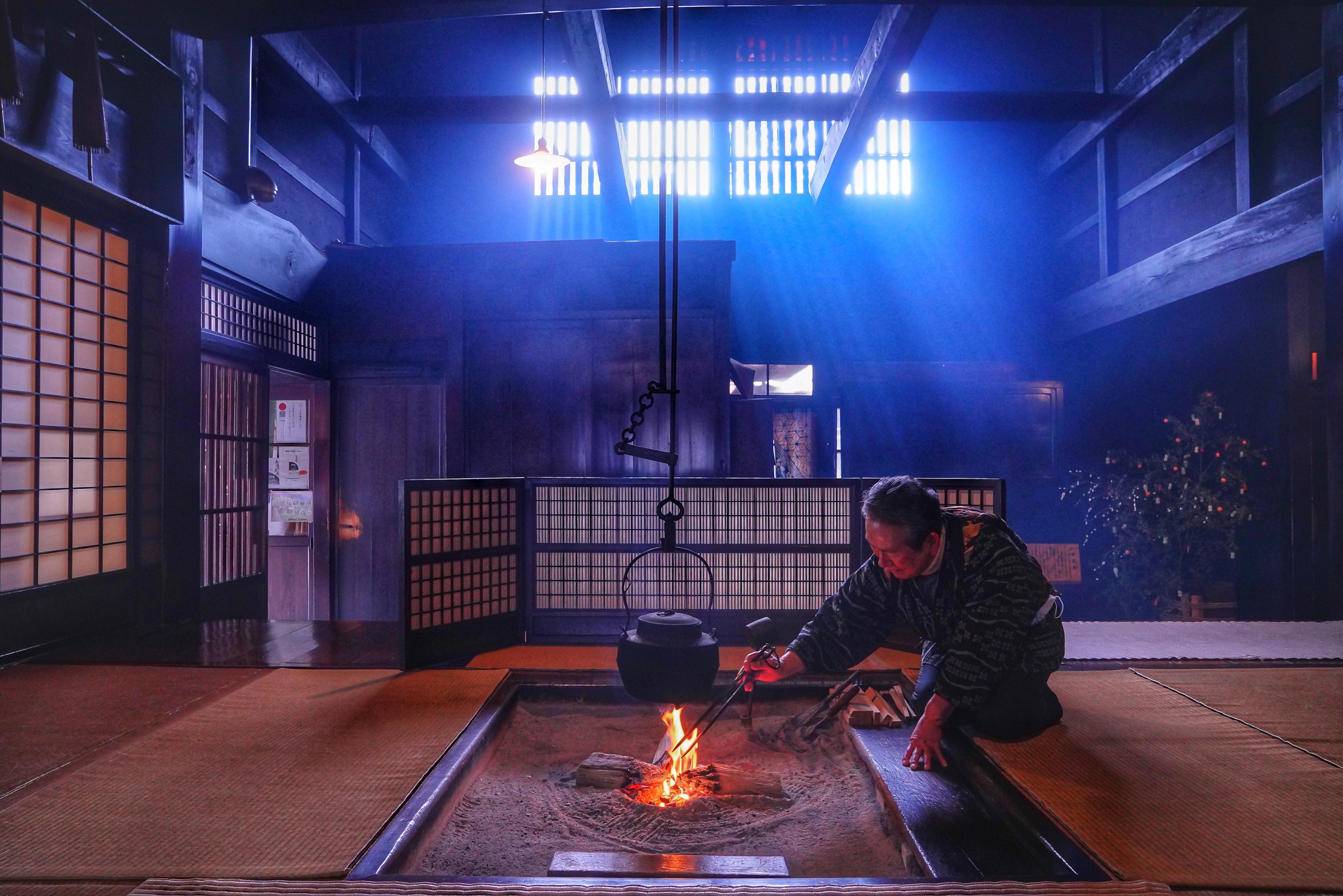 ⑦ Waki-honjin Okuya（13:25-13:45）
This 1877 residence served as a waki-honjin and provision store for generations, and is built from fragrant Japanese cypress which had only recently been legalized as a building material when it was constructed. Using the best of building technology at the time, the Waka-honjin Okuya is designated as an Important Cultural Property. In 1880, Emperor Meiji also stayed here. After visiting Waki-honjin Okuya, head to Nagiso Station to end your journey.

・ Preserved medieval streets of Magome-Juku’s hilly streets
・ A view of Magome and Mt. Ena from the Magome Jinba Observation Deck
・ Trail hiking in the rich nature of Nagiso
・ History of Tsumago-Juku in the Nagiso Town Museum
・ Scenic views of the old style Waki-Honjin interwoven with soft light penetrating the mountain pass
・Personalized tour with a maximum of 8 people

・Please join us wearing shoes that are easy to walk in because you will walk the mountain paths.

Another side of Japan

I booked this tour for my family...12 person from 5 years old to 72 years old. It was an amazing experience. Our tour guide : Moto-san is an angel....good english and very informative about Kiso Valley....we start from Takayama around 9.00 am....the scenery along the way were amazing. Hope we had more time to explore more in Narai and Magome.

A day trip on Nakasendo trail

Magome and Tsumago are two post towns on the old walking trail, known as Nakasendo, connecting Tokyo and Kyoto. We happened to be travelling late July 2020, when COVID kept most tourists away so we got to enjoy the both the historical and natural aspects of the journey in solitude not typical to Japan. One of the best trips of summer 2020: you get a glimpse into more traditional Japan. We walked in Aug and it was quite hot so we skipped the trip to Tsumago town museum, regretfully. Tsumago is a very special town and trip to the museum is a good place to be introduced to its history. We walked with Harumoto-san and we found him to be very pleasant, knowledgeable and quite tactful. He would field our questions when needed and he would step aside when one of our children wanted to take centerstage. I would highly recommend this trip, especially in spring or autumn.