Home > Tours > Chiba > Hike Mt. Nokogiri, breathing in one of the best scenic views in Japan

Hike Mt. Nokogiri, breathing in one of the best scenic views in Japan 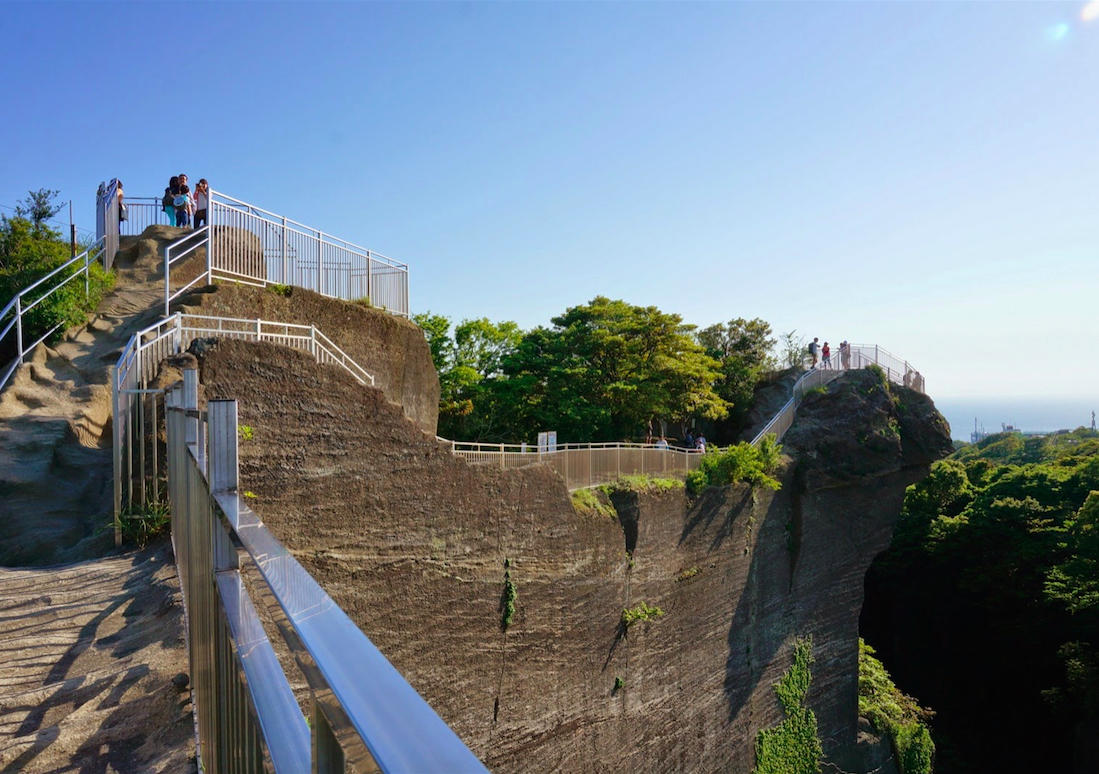 Enjoy a 5-hour hiking tour led by a local guide with historical spots, magnificent nature, and tremendous scale from the Boso Peninsula which spreads to the east side of Tokyo across Tokyo Bay. The mountain rises, appearing to stand upright from the coast at Hama-Kanaya in the southern part of Chiba Prefecture. This is arguably the most spectacular natural spot in Kanto, from where you can see Mt. Fuji, Izu Peninsula, and Izu Oshima. This area has always been famous with artists and is especially known as an ukiyoe rendering from the 19th century. This is considered to be one of that era’s famous “distinctive and unique 36 spots” of Japan. Recently, this area has also been coming on to more adventurous foreigner’s radars, and it is only matter of time before the limelight shines bright here.
You will join your guide at Hama-Kanaya Station on the JR Uchibo Line, take a ropeway from near the station and head towards the summit with a view of Tokyo Bay and the Boso Peninsula. The mountaintop area is contained within the precinct of Nihon-ji (temple), established in the 8th century
We will walk about here, in the lavish natural landscape of the southern Boso Peninsula, before scaling Japan's largest big Buddha of Japan. At 31 meters high, there’s much to see both of the Daibutsu (Big Buddha) itself as well as the sights below. In fact, the viewing spot known as "Hell’s Peak" is possibly the biggest highlight of the tour. "Hell’s Peak" is designed to allow you to go to the edge tip of a rock protrusion. This may inspire a terror that equates to looking into hell, or so they say! Steel fences surround the dangerous periphery, but please follow the instructions of the guide whenever you go to the cutting edge of the observation space.
The sights and also the going up and down with on long stairways takes up approximately ninety minutes of our time, after which we go down to the base of the ropeway and enjoy a local lunch with plenty of fresh seafood collected from Tokyo Bay. Around Kanaya Harbor there are various shops alongside the local eateries, including local souvenir shops, sushi roll vendors, seafood grilled cakes, cafes, and so on, which your guide will be eager to explain to you. It is possible to return (to Kurihama, on the other side of Tokyo) by ferry from Kanaya Port, or you can use the train (JR Uchibo Line) back to central Tokyo again.