Discover the spirit of “Zen” Buddhism though tea ceremony. 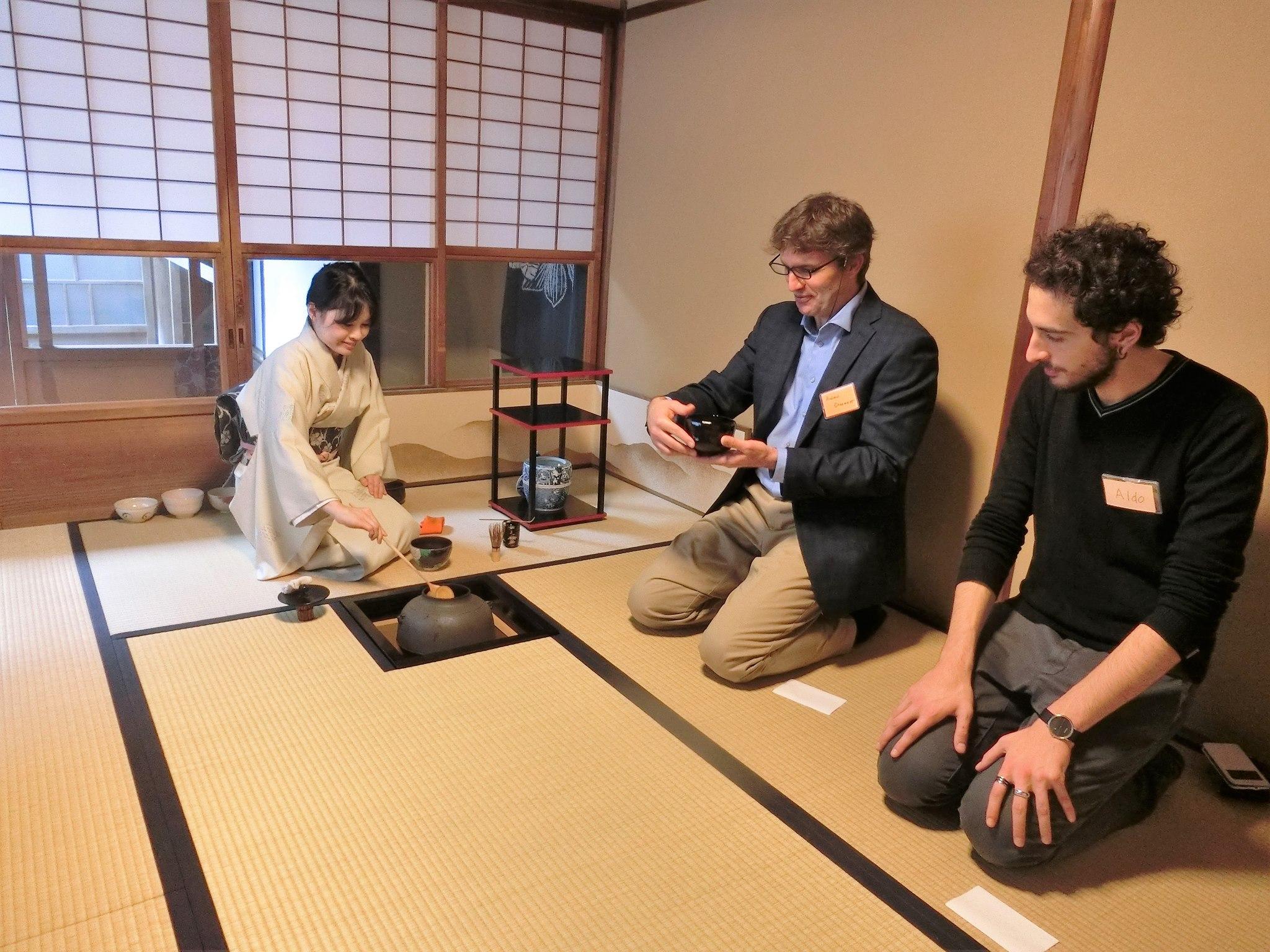 The custom of drinking tea considerably contributes to the formation of Japanese culture. We are familiar with powdered green tea used for sweets like cookies, parfaits or Japanese rice cakes nowadays. Did you ever wonder where tea leaves came from? And how they became popular in Japan? In this tea ceremony, we will drink pure Matcha, without putting sugar or milk in it. Don’t you think it will be great experience to drink Matcha in a Japanese tea room while contemplating history?

Tea leaves came from the south of China in the late 8century. In Heian period (794-1192), it was only noblemen or upper class priest who could drink tea.
In the late 15th century, Murata Shuko (1423-1502) created the simplified tea ceremony. He said he “doesn’t like the moon without any clouds”. From his word, we can feel the spirit of Cha-do. For example, we like unbalanced tea bowls made in Japan more than Chinese potteries of symmetry. Takeno Jouou (1502-1555) inherited this spirits and in 16th century, one of his students Senno Rikyu (1422-1591) perfected the way of tea, which became gradually popular among Samurai. This is the famous poem expressing his spirit. “To those who long only for flowers in full bloom, I would show the spring of young shoots pushing through snow in a mountain village”. We can feel the power in the silence from this poem. You might be able to feel the spirit by seeing the way of tea and having powdered green tea in a calm Japanese tea room made of tatami.
＊Urasenke: one of the biggest tea schools in Japan.

・Introduction about the history, spirit of Ch-do, and how to greet.
・Join the tea ceremony as a participant, then enjoy the tea with traditional sweets. You’ll get to try making the powdered green tea yourself!

・If you are late for the time, you might not be able to enter after the way of tea have started.
・A prayer room is available for Muslim tourists.