Feel the splendid harmony of traditional and local Tokyo 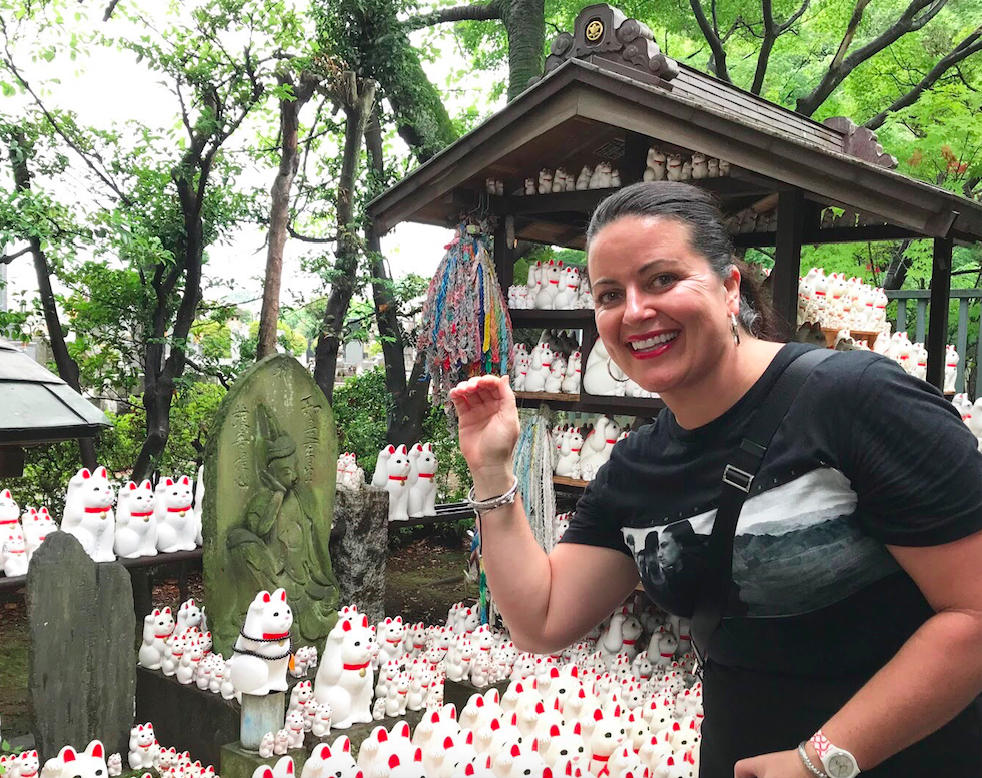 Explore the quiet residential area of Setagaya, in this 3.5 hour Tokyo walking tour. Setagaya is a vast area located in the southeastern part of Tokyo. With natural reserves such as parks and valleys overflowing with greenery, this residential area is readily accessible to residents. Access to the city center is also relatively good, and since long ago large corporate executives, prominent sports players, entertainers and others have developed this to be high class area, and people living in Tokyo are often admirers of this area. 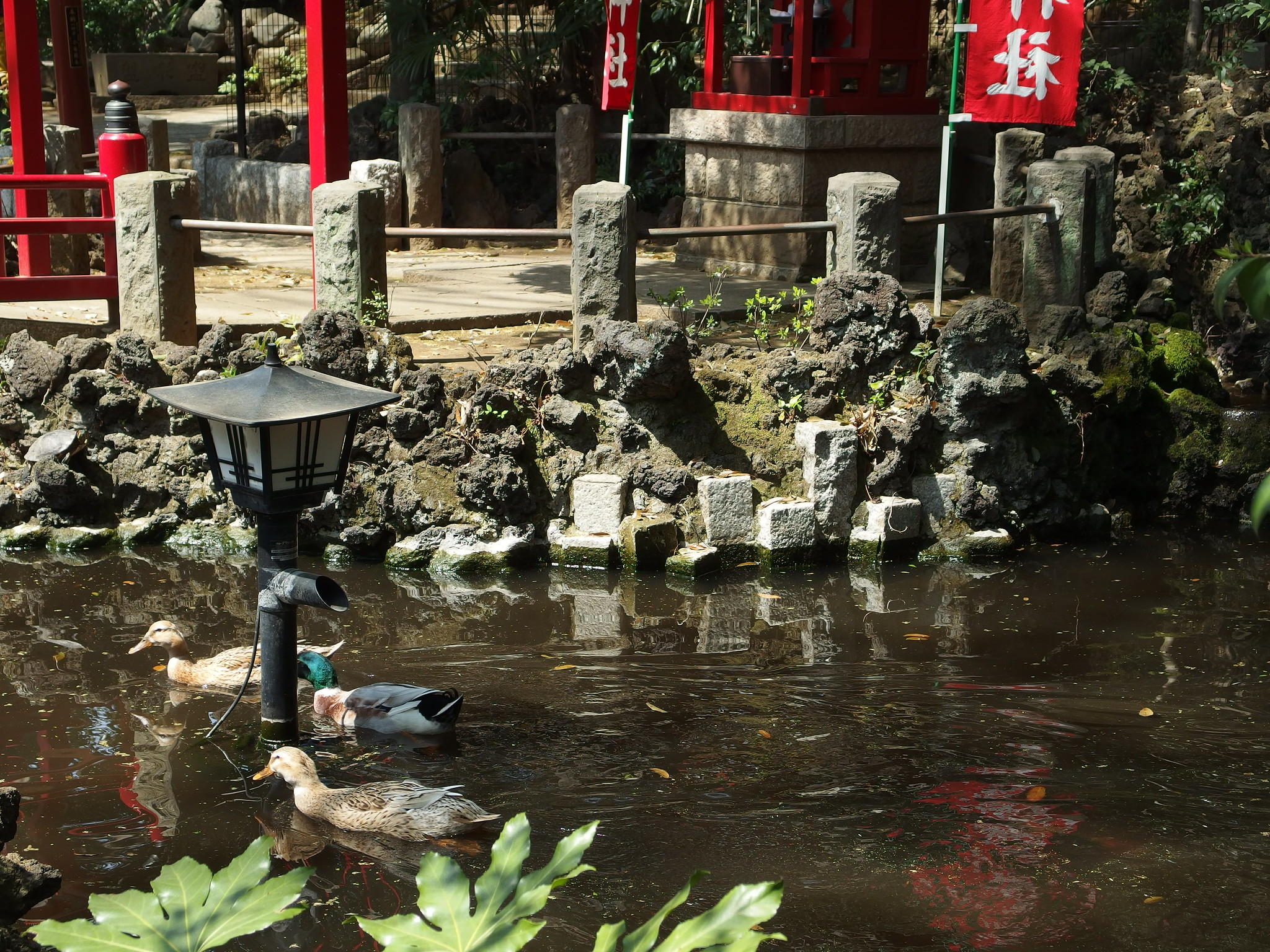 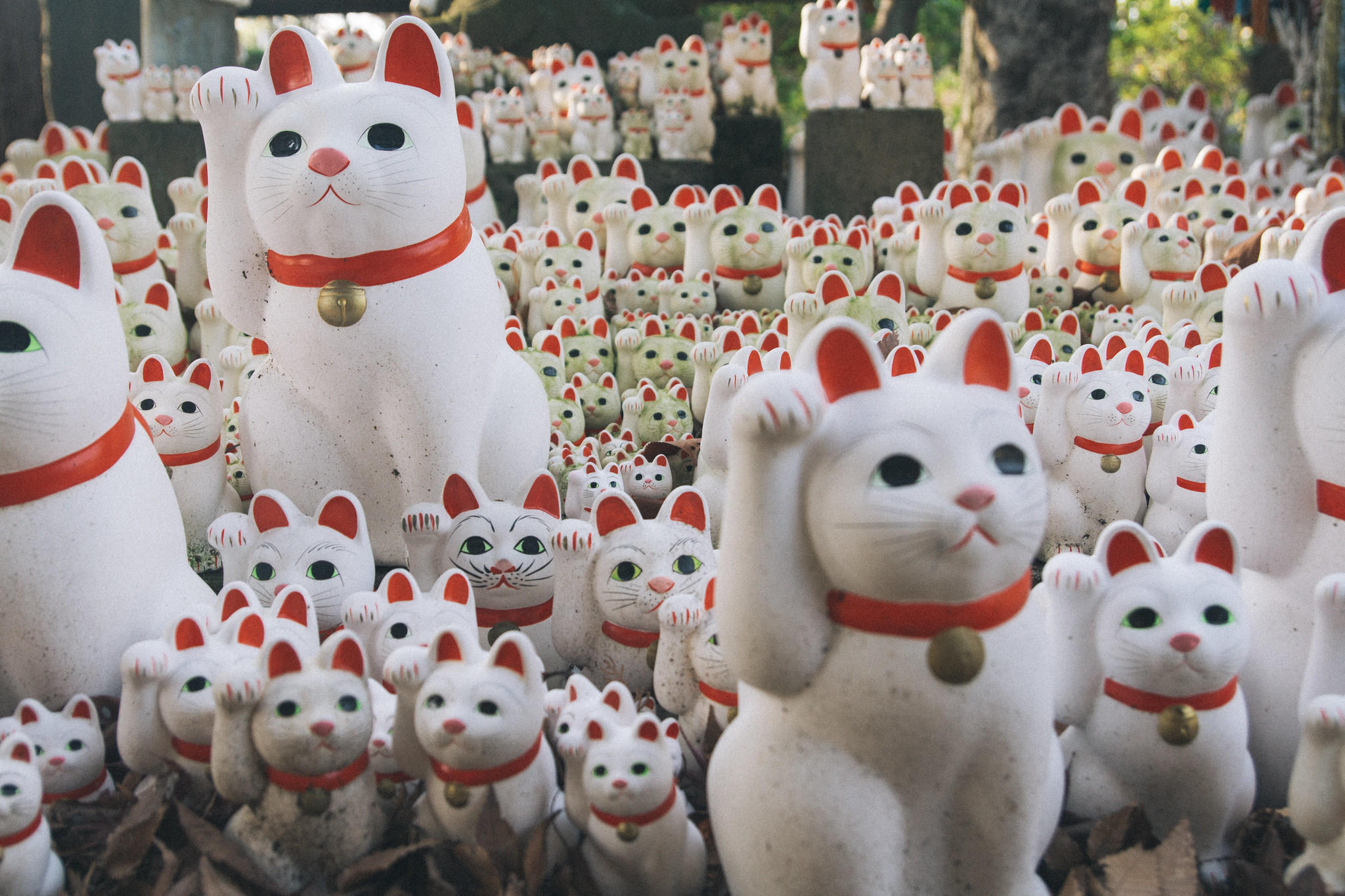 ③ Gotokuji Temple (11:00-11:30)
Head through Gotokuji shopping street towards Gotokuji Temple. There are plenty of attractive shops such as bakeries, cafes, coffee stands, and sweet potato shops that you can take in while enjoying the local atmosphere.
It is said that Gotokuji Temple is the beginning of the Kotokuin hermitage built by Kira Masatada who built Setagaya Castle in 1480. There are many things to see such as the tomb of Ii Naosuke, the greatest authority of the Tokugawa shogunate in the middle of the 19th century, the three-story pagoda, the invincible Kannon, and the most attractive point - the good fortune beckoning cat, known as the “manekineko” to some. This lucky cat, known country-wide, is said to have been “born” here. The sight of 1,000 or more of these “cats” lined up is now one of the landscapes that represents Tokyo. It is said that the lucky cat, familiar to Japanese as a good luck symbol, is the birthplace of Gotokuji Temple. 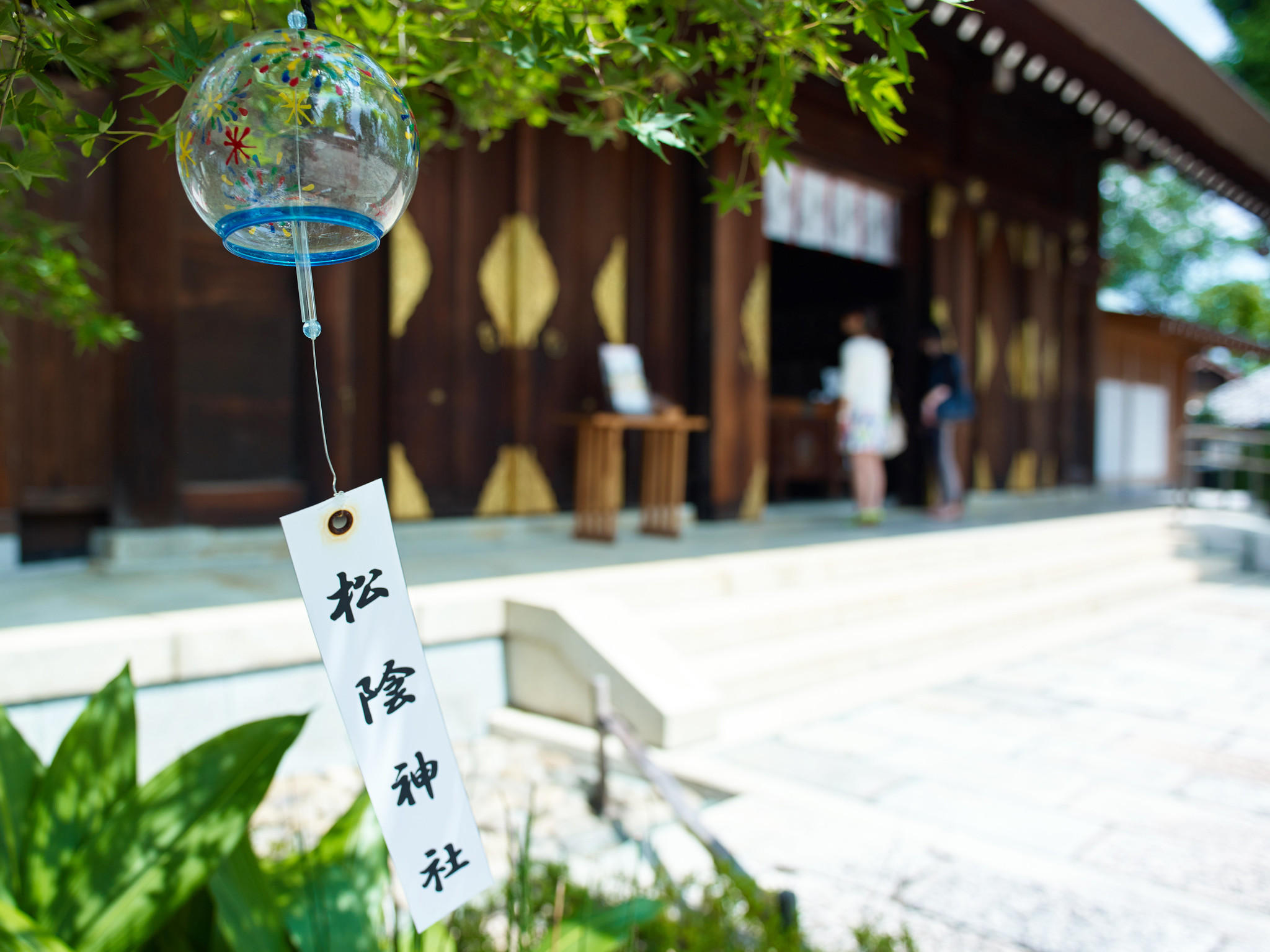 ④ Shoinjinja Shrine (11:45-12:10)
Shoinjinja Shrine was founded in 1882. In the shrine grounds you can see the Shoka Village School building, where Shoin Yoshida taught many of Japan’s brightest students who led the Meiji Restoration in 1867. Interestingly, the Shoinjinja Shrine, which enshrines Yoshida Shoin, who ended the era of the samurai, and the Gotokuji Temple, where Ii Naosuke sleeps to protect the era of Samurai, are within walking distance of one another. 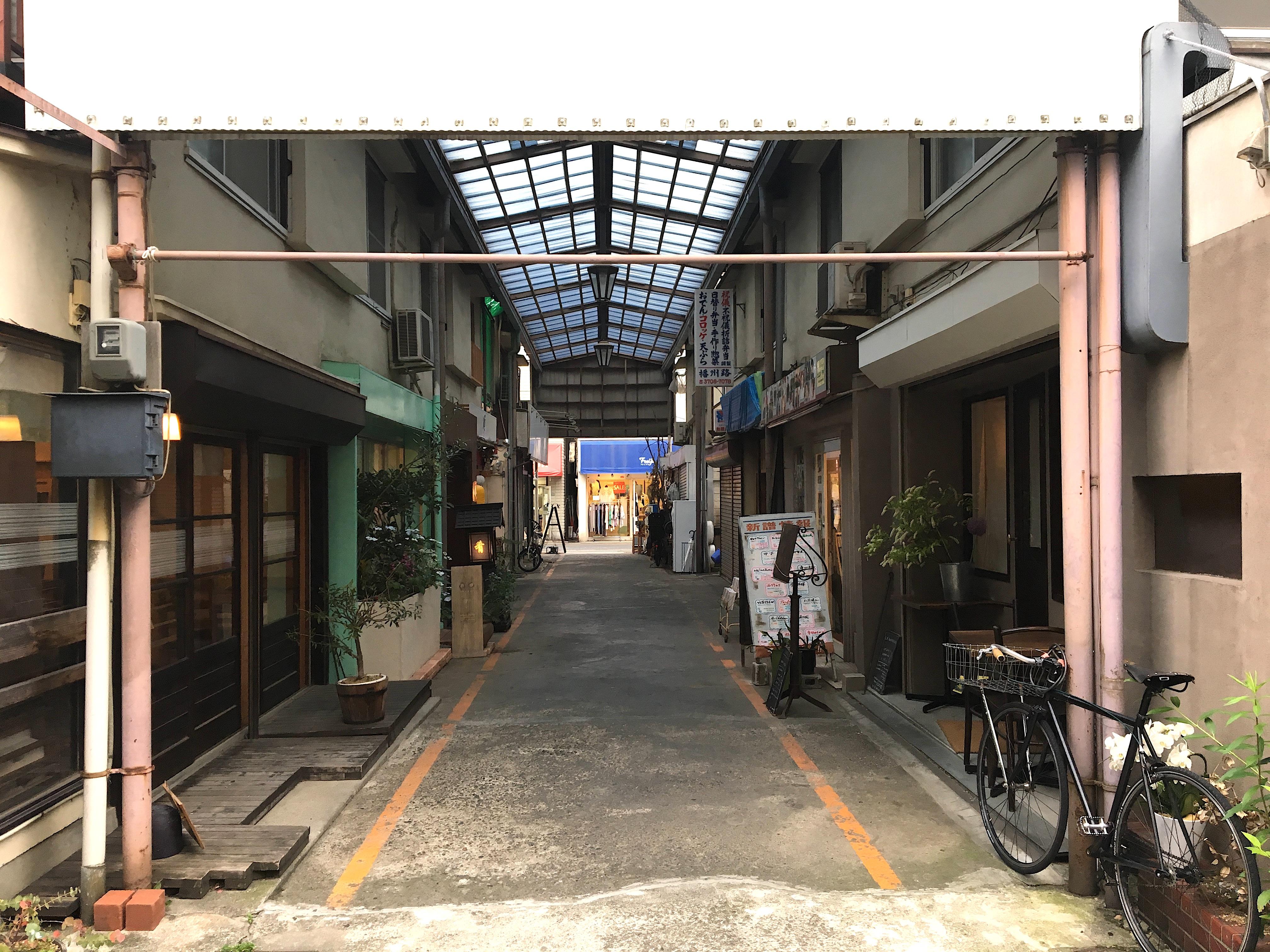 ⑤ Shoinjinja Shopping Street (12:10-12:45)
The Shoinjinja shopping district is very attractive, with many stylish cafes and interior shops, with everything from trendy shops to old-fashioned shops that are close to the lives of Setagaya people. It is a pleasant shopping area full of locals. 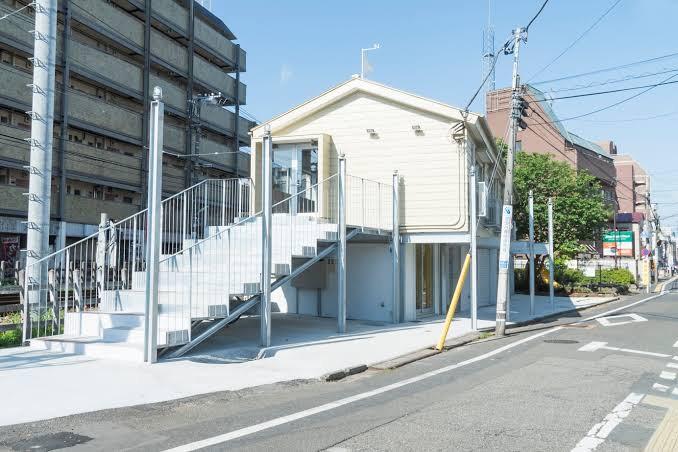 ⑥ Shoin PLAT (12:45-13:00)
Shoin PLAT is a two-story commercial facility built by renovating wooden apartment buildings that are over 50 years old. The space is divided into nine small areas, perfect for little shops selling bread, flowers, lifestyle goods, etc. There is a good store and a cafe where you can watch the Setagaya line from above and you can enjoy shopping in a space where many local people gather.

· Stroll around Gotokuji shopping street, where the local atmosphere overflows
· See more than 1,000 inviting “manekineko” cats
· Heritage in the Buddhist monastery such as the three story pagoda and Ii Naosuke’s final resting place
· Learn about the Meiji Restoration and Mr. Yoshida Shoin’s history at Shoinjinja Shrine
· Have lunch at the Shoinjinja shopping street, and enjoy some shopping too

This tour is exactly what I was hoping it would be. We had a great morning with our tour guide Yoshimi exploring the local area of Gotokuji and visiting the Lucky Cat Temple.
We have been to Tokyo before and seek out more off the grid and local experiences when we can. This tour was new to Viator and outside the hustle and bustle of the Tokyo we know, thus why we thought it might be interesting. We are also crazy about the Lucky Cat, so thought this would be fun and lucky to see.
Yoshimi, our tour guide, was so nice, knowledgable, easy to walk and talk with and continually wanted to ensure we were taken care of. She met us at the subway station on this rainy day and we spent 3.5 hours on foot exploring at a slow, relaxed pace the quaint little streets, the local little shops and activity of a regular Saturday for this community which seemed void of most tourists. More shops would most likely be open if you book this tour for the later time versus the 9AM start that we took.
This tour is local, slow paced, focused on the Gotokuji community and exactly what I was hoping for. A simply lovely little morning. Thank you Yoshimi! 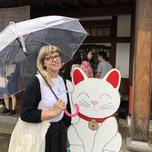 We easily met with our tour guide Yoshi. She is a lovely lady and a most excellently prepared guide. Our tour was a private tour in English with just two of us. Yoshi was very knowledgeable about the area past and present, religious beliefs and customs. Yoshi came prepared with pictures, maps, and other visual aids. She also had bug spray for mosquitos, goto (5 cent pieces) for our donation to the Shinto shrines, and hand towels for the hand-washing ceremony. She assisted getting us back to the metro. This tour set us up to understand the history of Japan and allowed us to enjoy the Tokyo Edo museum and the Tokyo National museum.

The tour guide was well prepared and full of information about this area of Tokyo and it place in history. Gave the two of us a better understanding of the development of Tokyo as we know it today.