The Snow Festivals of Hokkaido: Sapporo and Otaru

Hokkaido is Japan's top winter destination, known for its powder snow and freezing temperatures. It is where people go to try activities like dog sledding and ice fishing. Many tourists go for the Sapporo Snow Festival, an ice sculpture extravaganza held every year in February, but there are also several other snow festivals in Hokkaido. I will tell you about my experiences at these festivals. 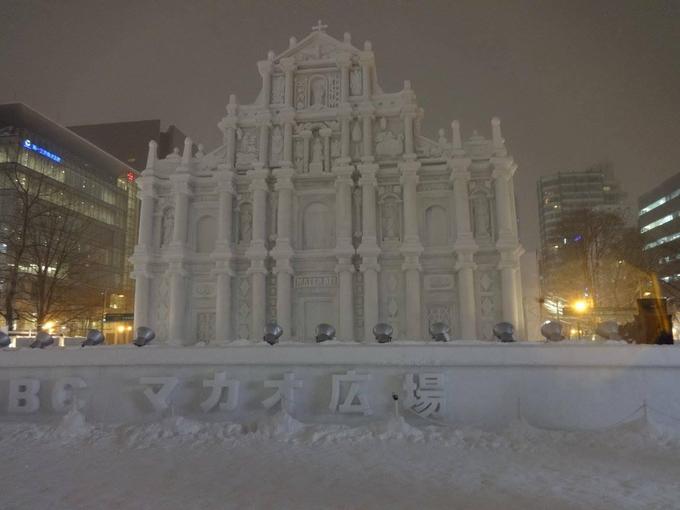 This iconic festival began in 1950 when local school students created six snow sculptures in Odori Park in central Sapporo. They organised snowball fights and a carnival to celebrate their sculptures and more than 50,000 people came to view them. After this it became a seasonal event, with sculptures becoming bigger and more elaborate by the year. 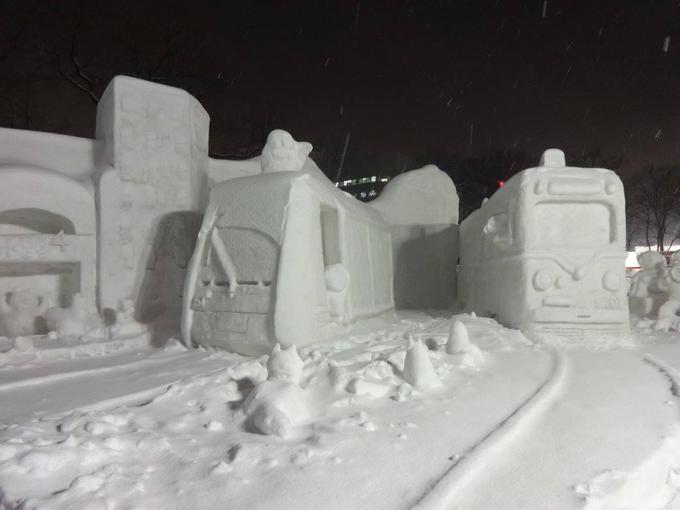 The festival has now grown so large that it is held across three separate venues - the Odori site, the Susukino site and the Tsudome site. The 1.5km stretch along Odori Park is the main site, featuring the largest and most impressive sculptures, along with an ice skating rink and concerts and cultural stalls. The sculptures are enormous, lifelike creations which I definitely would recommend seeing at least once. Being from a warm country, I was not used to the sub-zero temperatures we experienced, and my feet became painful with the cold. Luckily they have a few tents for information and first aid which you can enter to warm up before braving the cold once again. You will definitely want to buy some heat packs for your body and shoes (called "kairo" in Japan). 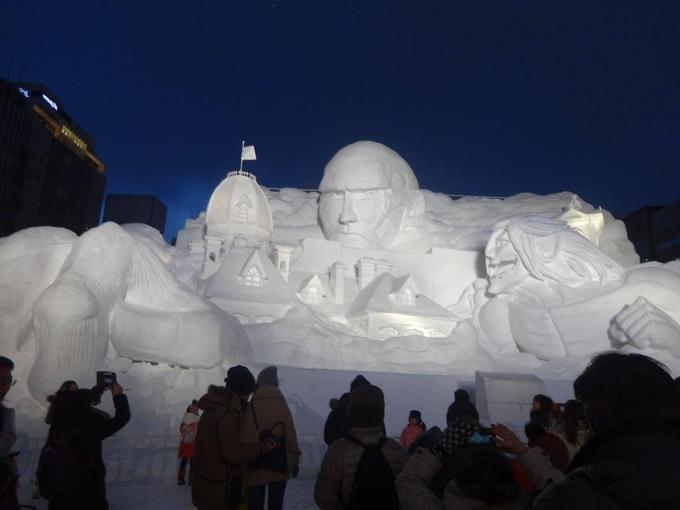 It was nice how central Odori Park is, making it feel somewhat like Central Park in New York City. One complaint I had about the Odori site is that it did have a somewhat commercial feel to it, with company advertising quite abundant, along with mass crowds. However for a festival of such a large scale that is perhaps to be expected. The fine detail and lighting of the sculptures was incredibly impressive. 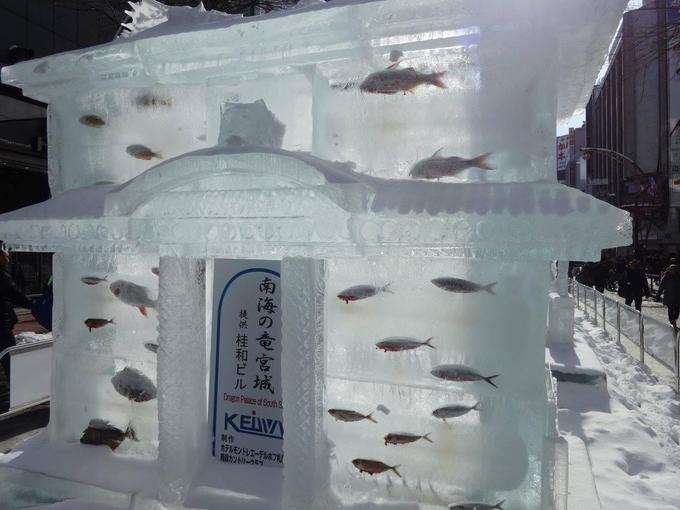 The Susukino site is located in Sapporo's entertainment district and is where the ice sculpture competition is held. It runs along a bustling street, where you can view all the sculptures entered in the competition for that year. They have a few small ice slides for kids, as well as an ice bar. You can walk between the Odori and Susukino sites, stopping at the Ramen Yokocho to try Sapporo's famous ramen on the way. We stayed in a hotel near Nakajima Park, so we started there, playing in the snow and checking out some amatuer sculptures people had made in the park. We then walked through the Susukino site and into Odori Park. The ice sculptures down Susukino were less impressive than the Odori sculptures, but made a nice leadup to the highlight. 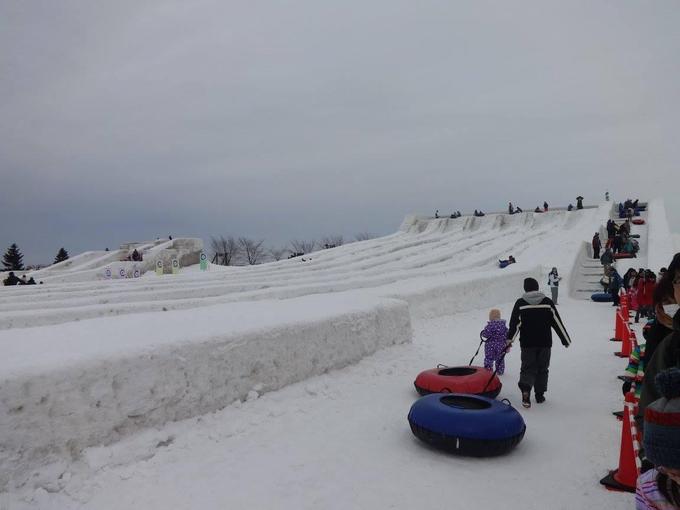 My favourite part of the Sapporo festival was the Tsudome site. You must travel there by public transport as it is a bit further away. This is where you can get active - they have huge snow slides, snow rafting, sledding and kids playgrounds. Even adults will enjoy the tubing because it is a high slide and surprisingly scary! 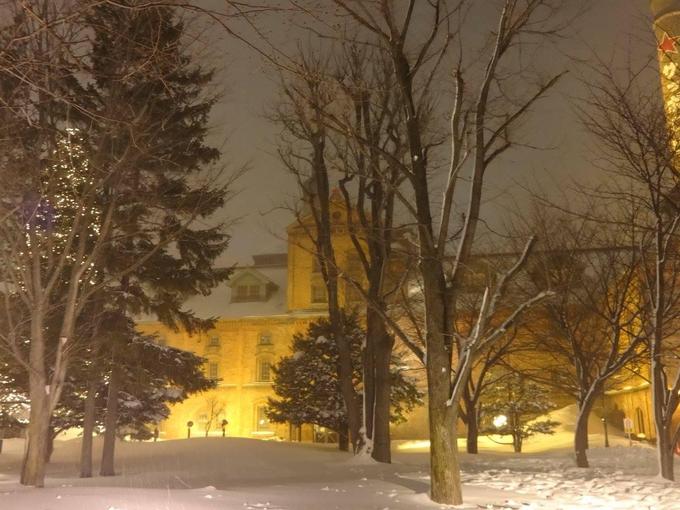 The Sapporo Beer Garden was well worth a visit. It is a beautiful old Western style building featuring an original giant beer brewing kessel from 1912. Although your clothes will smell afterwards, you should definitely opt for the main Kessel Hall for the historical ambience. Try the Genghis Khan and "Jaga butter" potatoes, they're the best I've ever had. 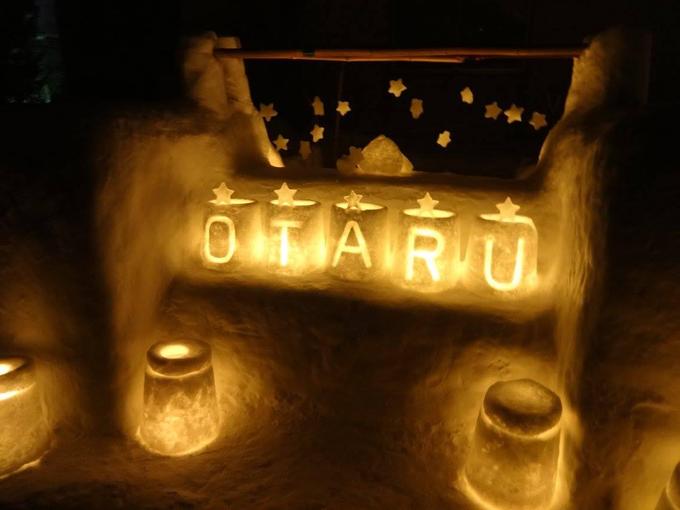 Otaru is a small fishing industry hub about 30 minutes from Sapporo. We combined the two on our vacation due to the ease of travelling between Sapporo and Otaru. While it used to be a major trading hub and fishing port, business has died down a bit since the 1800s. It has a quaint feel with its old buildings and beautifully preserved canals. The Otaru Snow Light Path Festival is held every February. The city becomes resplendent in lanterns and ice sculptures. Although still popular, it felt much more intimate and quiet than Sapporo, giving it a very romantic feel.

We arrived in the daytime, so headed first to the Otaru Music Box Museum, where over 25,000 music boxes are sold in a stone building from 1912. It is home not only to music boxes, but to the largest steam clock in the world. This shop was extremely crowded when we went, but I still enjoyed browsing their goods and reading some of the history on display in the shop. We didn't do this, but if you go a few stops on the train past Otaru to Yoichi you can visit the Nikka Whisky distillery which is said to be quite good.

We stopped at the Kitaichi Hall for a warm drink and a snack. This hall is a glassmaking shop housed in an old stone warehouse and lit only by dozens of oil lamps. It is really something to sit there in the warm light of these lamps, sipping a cocoa and listening to live piano music. 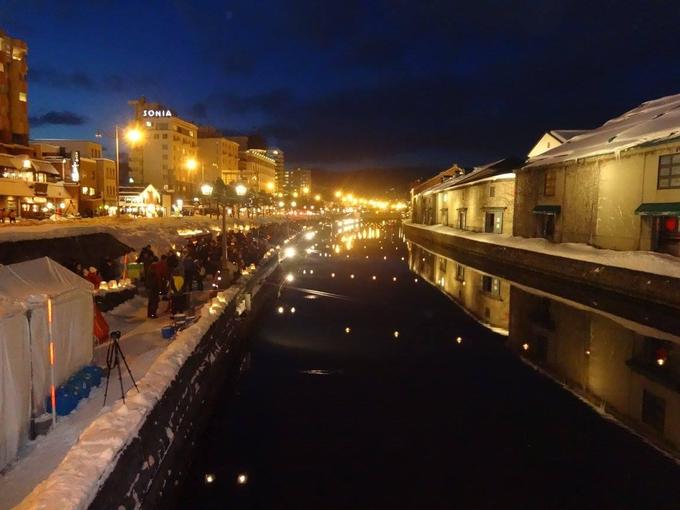 There are two main areas that are lit up every night - the Unga Kaijo area and the Temiyasen Kaiko area. Additionally many of the local homes and shops put out their own lanterns, adding to the magical atmosphere. In fact there are over 100,000 additional candles set out. The organisers of this festival want to avoid the event becoming too commercial, instead they wish people to reflect on themselves and forget their daily troubles in the glow of the candlelight. This makes the Otaru festival feel more spiritual than the Sapporo festival, which I appreciated. 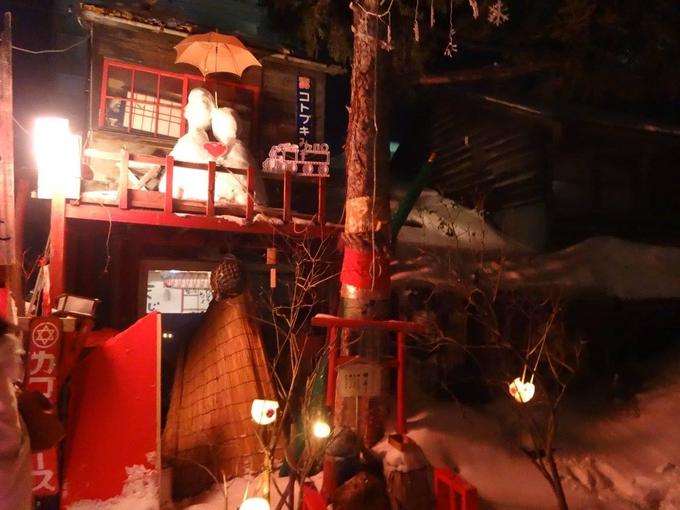 We headed first to the Unga Kaijo area. This is located along the banks of the Otaru canal. The hundreds of lanterns dotted along the river made quite a sight, and the restored warehouses on either side of the canal made us feel like we were back in the 1800s. 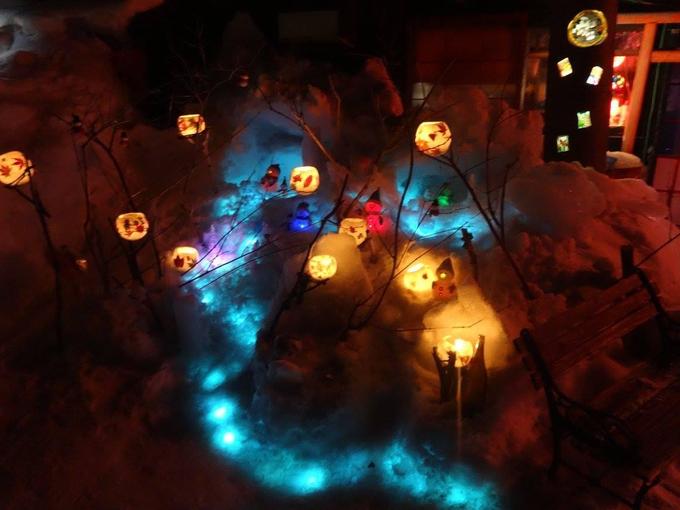 Even better for me was the Temiyasen Kaijo area, which runs for about 500m along the tracks of the former Temiyasen railway line. This felt like being in an actual fairytale. The small path was narrow and felt very local. Everywhere were lit lanterns and illuminated snow statues. There were even small ice slides and igloos. A few food stalls were present - we ended up buying dinner at one and eating the yakisoba while warming our hands over their fire barrel.

Personally I loved the atmosphere in Otaru, so I wished we had chosen to spend the night there and not go back to Sapporo. Of course, it is best to do both spread out over two days. 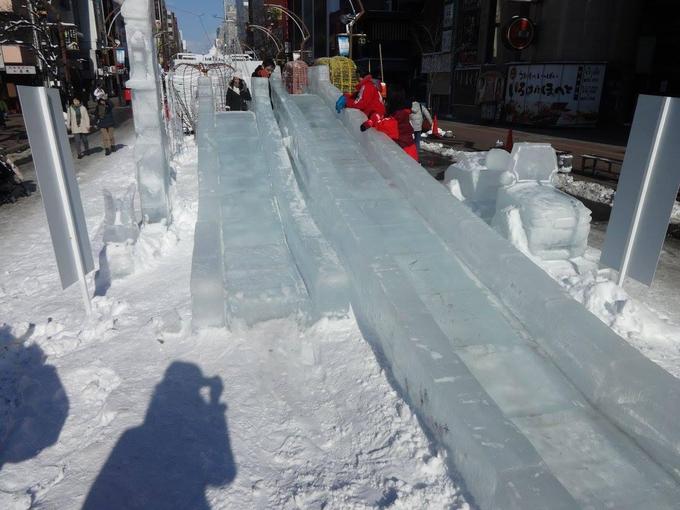 What is a good itinerary?

Personally I went over a three-day weekend and spent time only in Sapporo and Otaru. If you have more time, I recommend spending some time at one of the ski resorts close to Sapporo such as Sapporo Kokusai or Kiroro Ski Resort. Of course you can go even further afield to Hakodate and Lake Toyako. We are able to plan your trip for you if you need help, check out https://omakase-tour.com/customized-holiday/

Other festivals in Hokkaido

I have never been to these, but there are a couple of other snow festivals in Hokkaido.

There is the Asahikawa Winter Festival, which is held at the same time as the Sapporo Festival so can also be combined in one visit. They have gigantic snow sculptures, even bigger than in Sapporo. They actually hold the World Record for the largest snow sculpture, a 30m tall fortress made in 1994. They also have night illuminations, fireworks and playgrounds for kids.

There is also the Chitose Lake Shikotsu Ice Festival which is held at Lake Shikotsu within Shikotsu-Toya National Park, 45 minutes from Sapporo. The highlight is said to be the colourful light displays at night, they look like something out of Candyland. There are plenty of ice sculptures, a large ice slide and an ice skating rink, along with many stalls selling food and local products. If you visit this festival you should stay the night as Lake Shikotsu is a popular onsen area so you can warm up in the hot spring after freezing during the festival.

PLEASE NOTE THAT THESE FESTIVALS ARE CANCELLED FOR 2021 DUE TO CORONAVIRUS. Use this guide as motivation to plan for next year.