A Stroll around the Waterways of Old Tokyo

We are entering into Golden Week, one of three week-long holidays in Japan. But everything is closed - shops, museums, play centers, amusement parks and more. What's more, the government advises us not to travel outside our prefecture. So what can we do this Golden Week? One good idea is to take a walk outside. Get that Vitamin D and explore some parts of Tokyo that you've never been to before. 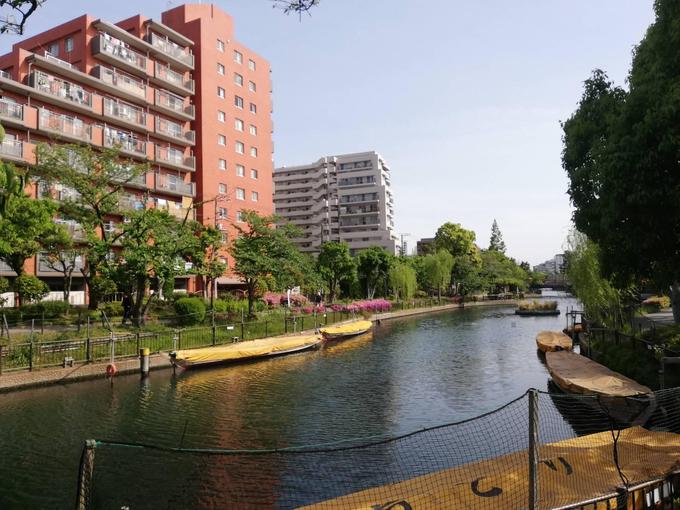 We took a stroll along the waterways of Koto-ku, a traditional neighbourhood crisscrossed with canals; an eclectic mix of industry and residential. Here is a sample "day out" for you, with everything mentioned being open this week. 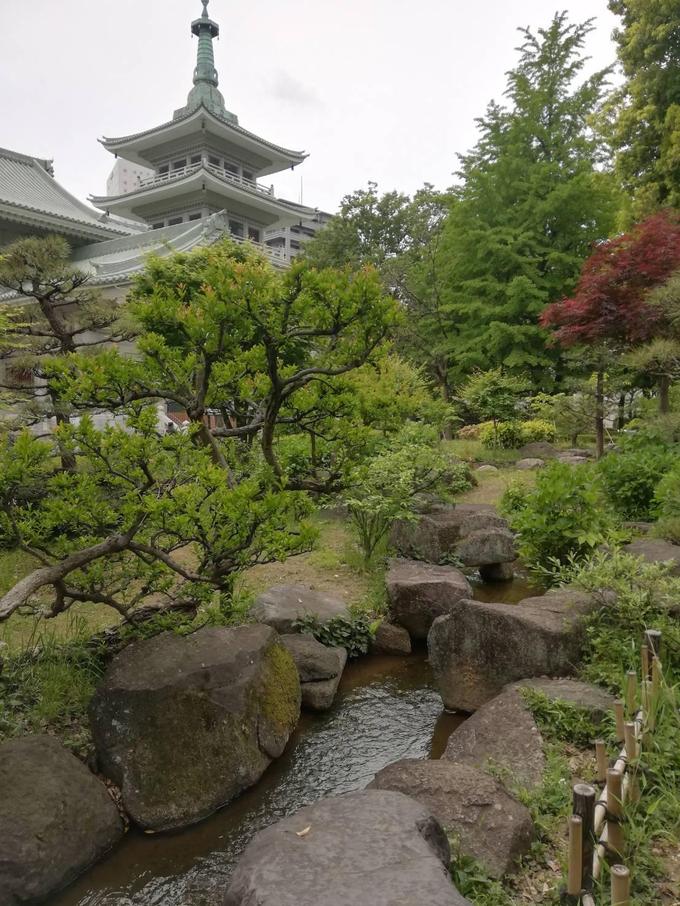 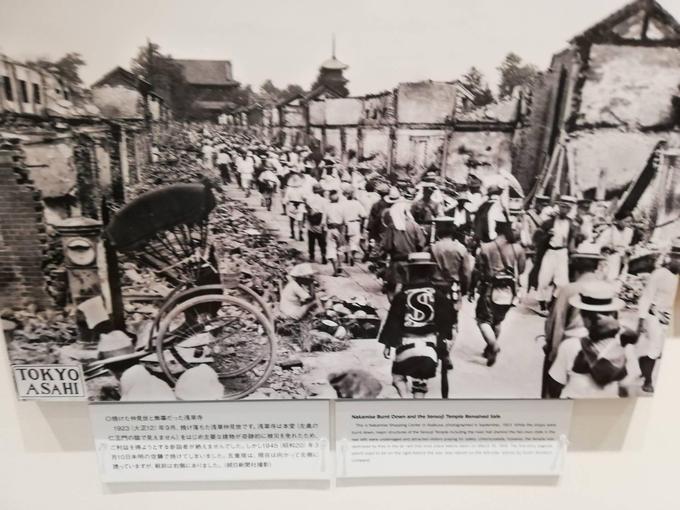 You may know Ryogoku for sumo wrestling, or perhaps for the Edo-Tokyo Museum. These are all shut during the state of emergency, but there is another very interesting place that is still open. That is the Tokyo Yokoamicho Park, which contains the Tokyo Memorial Hall and Great Kanto Earthquake Memorial Museum. Both are free admission and contain hard hitting photographs of Tokyo after the great earthquake of 1923. The Memorial Hall is built like a church and is mostly for reflection, while the museum contains photographs, news clippings and salvaged goods from the earthquake. For anyone interested in history, I recommend paying a visit here. 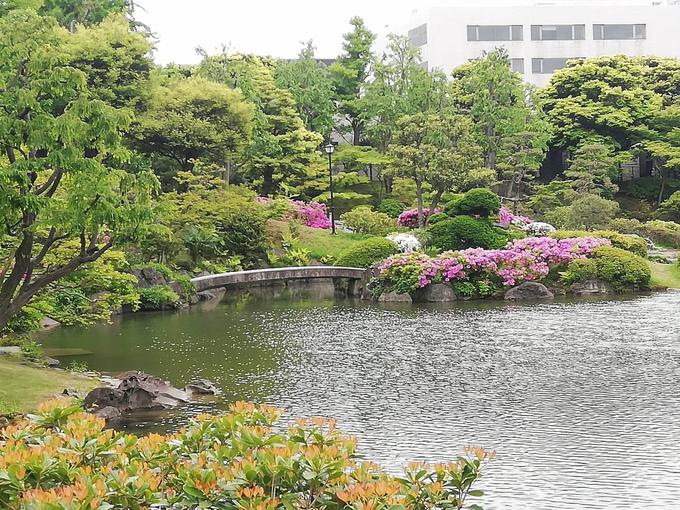 Across from the memorial hall is the Former Yasuda Garden, a small but pleasant Japanese style garden where you can sit on the grass and relax, or just take a short walk around. 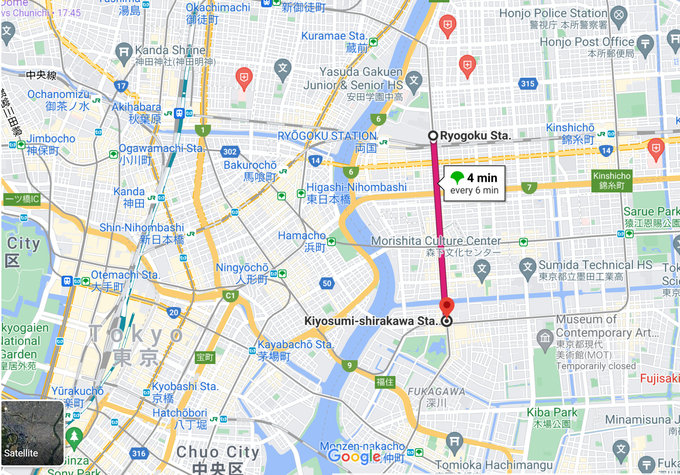 Take the Oedo Line 2 stations to Kiyosumi Shirakawa. Unfortunately the large Japanese style garden there is closed, but the regular park is still open (Kiyosumi Park). 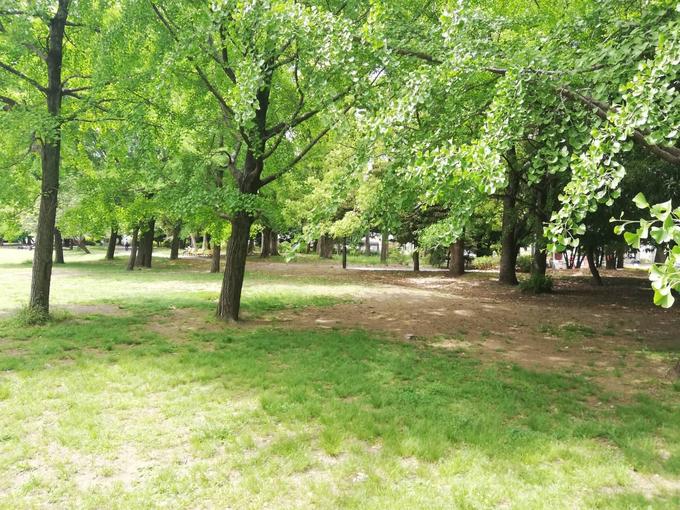 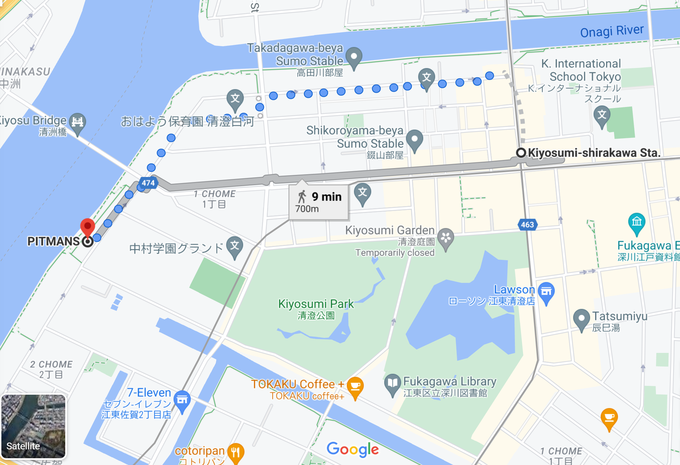 It's nothing special, but a nice green space to relax in where kids can play. I walked from this park for 5 minutes to "Pitmans" restaurant. 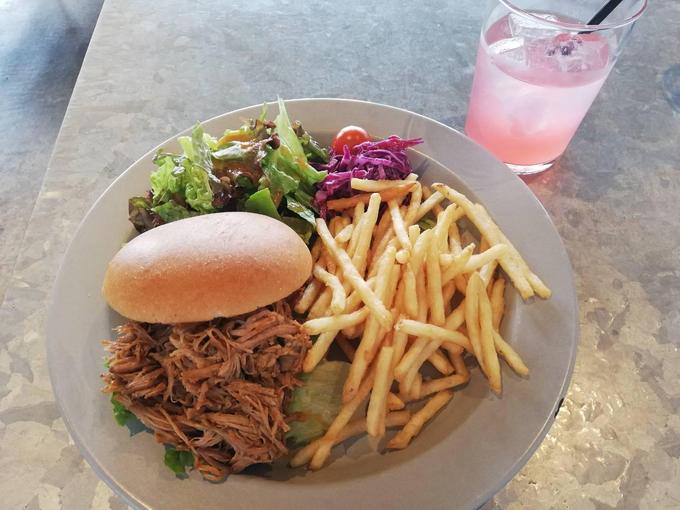 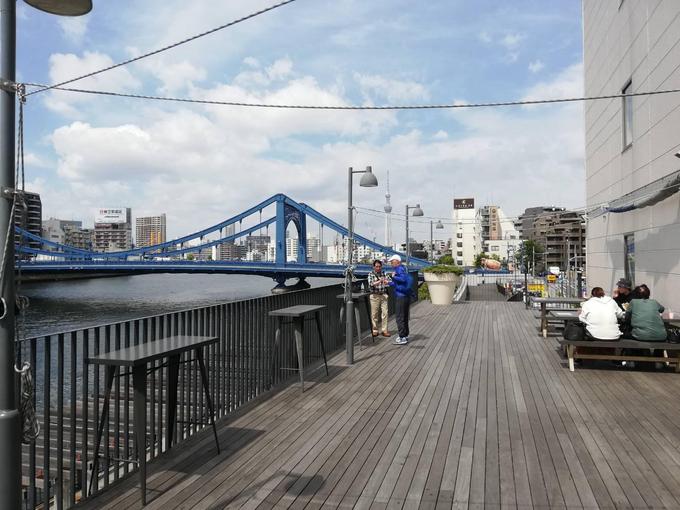 It has open air seating, great for social distancing and safety. There is a nice view of Tokyo Sky Tree from the terrace. It cost 1,500 yen for their pulled pork burger lunch set, which wasn't too bad considering how yummy it was. 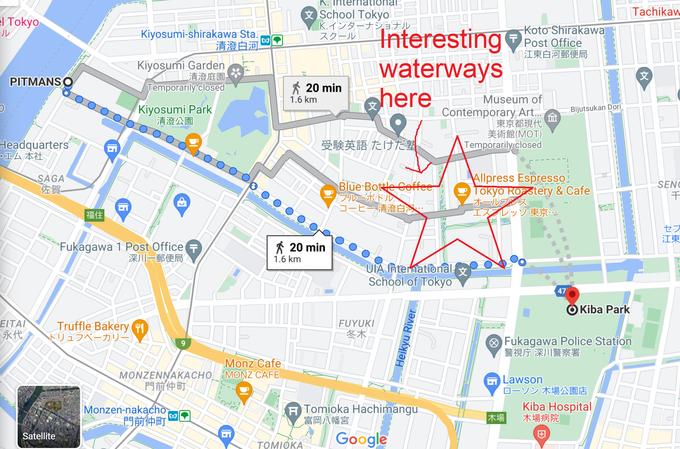 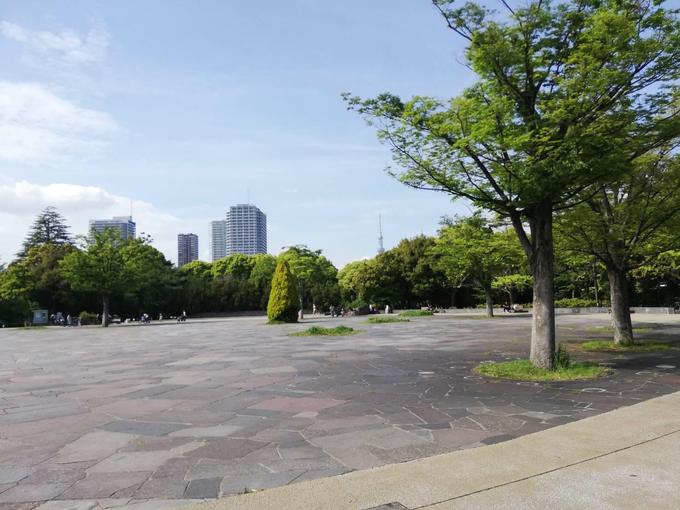 Walk along the river for about 15 minutes until you reach Kiba Park. This is a large park with grass and recreation areas as well as a café. It's good for getting some fresh air and relaxing somewhere with a "nature" feel, or for kids to have a play. It's a huge park so you can spend quite some time here. 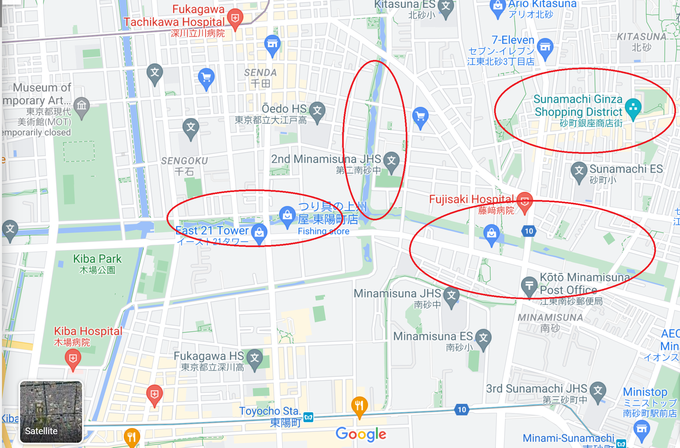 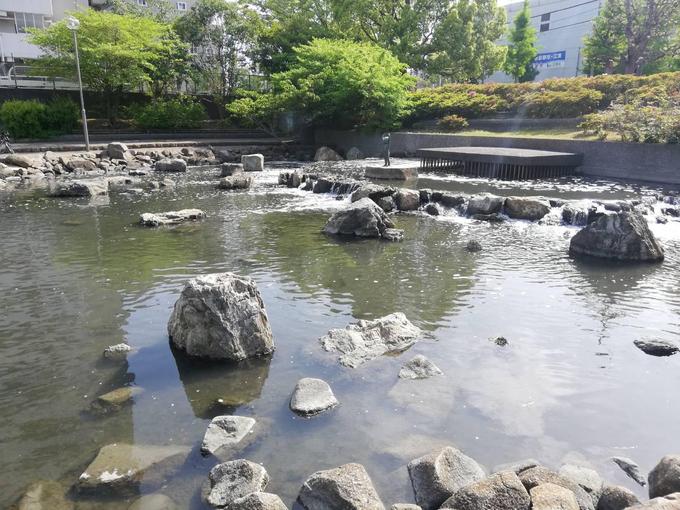 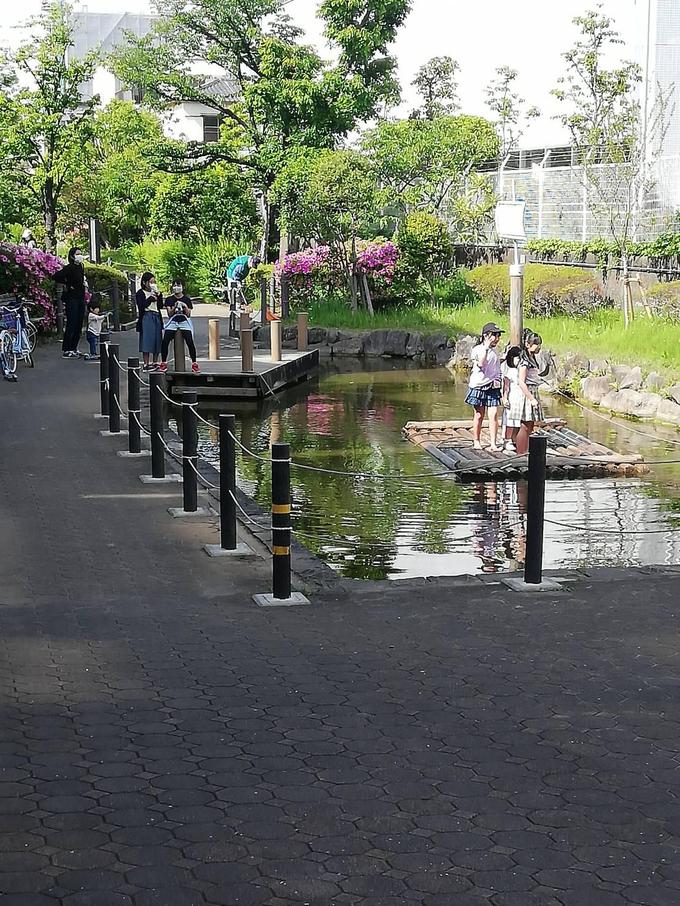 From Kiba Park, walk along the Sendai-bori River as far as you like. The river is an extremely pleasant and relaxing green space that is nice just to stroll to your hearts content. The river parks opened in 1984 as a defence against tsunami - the area is below the high tide levels of Tokyo Bay. All the waterways in the area are connected as a means of protecting the residents against flood, but they are designed in a very much people-friendly manner, with green spaces abound. 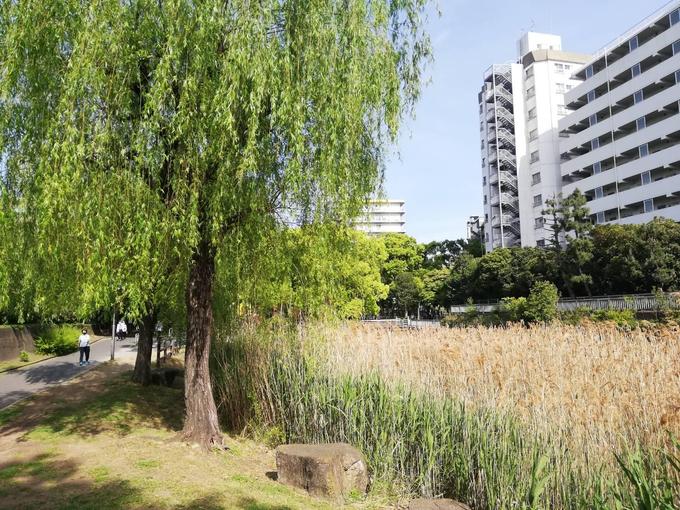 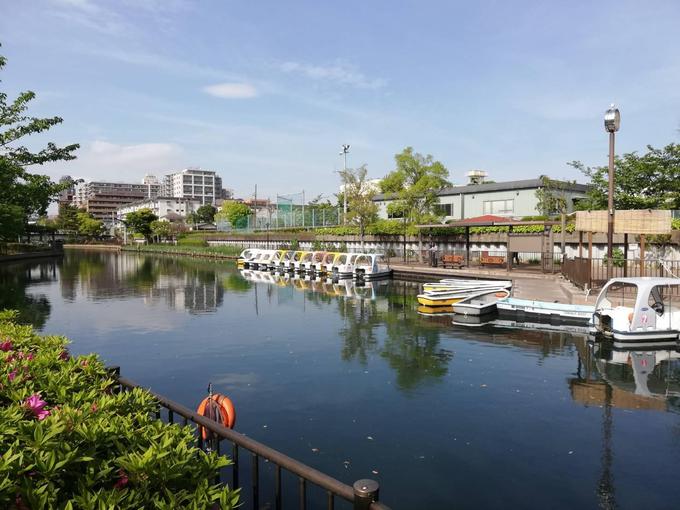 Many playgrounds are dotted around the walking course, as well as some interesting water playgrounds for kids. The Yokojikkengawa Water Park even has boats for rental. 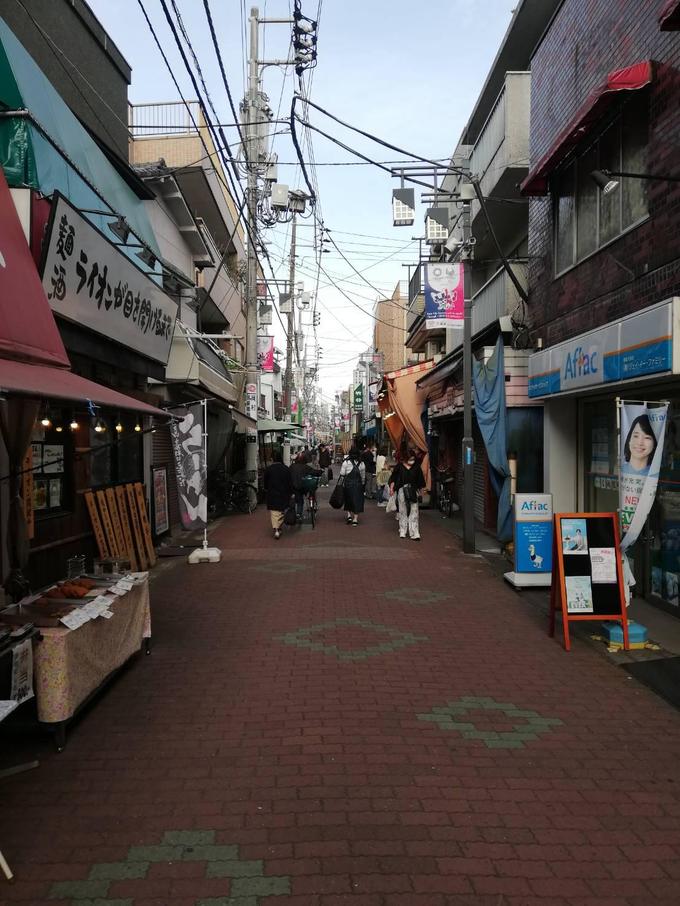 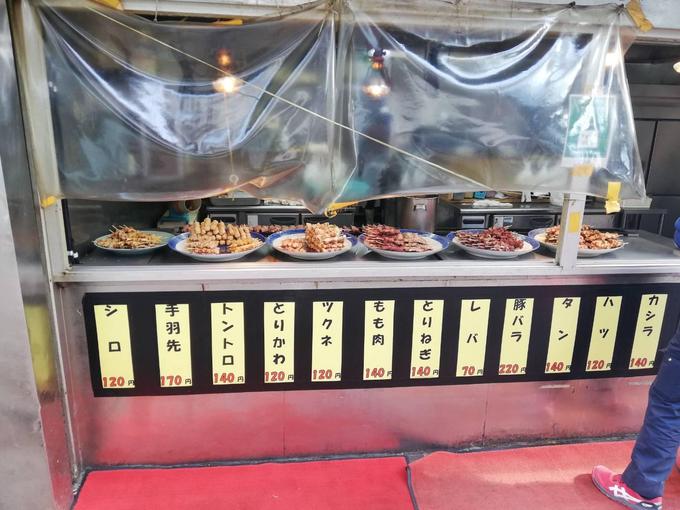 If you are up for more walking, head to Sunamachi Ginza, a nostalgic shopping street far from any surrounding station. It hasn't modernised much since the 1960s and you will feel like you have stepped back in time. The street was damaged in the 1940s by World War 2 air raids, but was rebuilt and began to thrive in the 60s when the area was heavily populated by factories and their workers and worker's families. The shopping district provided the population with cheap food and goods, and still to this day Sunamachi Ginza is well known for its cheap snacks, fruits and vegetables and household goods. The locals refer to it is "side dish street" as there are so many prepared foods on offer. It is the perfect place to see another side of Tokyo, far from the popular tourist or expat areas.

You can then take the train home with Minami Sunamachi or Ojima Station.