Iwaki City in Fukushima - An Onsen Town with a Tropical Feel

Two years ago I took an Autumn trip to the city of Iwaki in Eastern Fukushima. Iwaki was a prosperous coal mining town at one point, until the industry declined in the 1960s and they faced depopulation and economic distress. They knew they needed to make their town stand out in order to attract people, so they rebranded as a seaside destination, "fun in the sun in Iwaki". They created a new Hawaiian themed spa resort and began promoting their beaches, hot springs and resort. These days they are known for their beaches, great surf and delicious seafood.

Iwaki is only 50km from the Daiichi Nuclear Power Plant so I wasn't sure what to expect, but everything seemed back to normal as of 2019. This was our itinerary for the weekend trip:

Built on the site of an old coal mine, this spa resort epitomizes the ingenuity of Iwaki, turning old into new, obsolete into an attraction. It opened in 1966 and was renovated into the current park in 1990. They have several indoor and outdoor pools, as well as various onsen (hot spring) areas. The Hawaiian themed show featuring hula dancers and fire eaters was quite enjoyable, especially the fire performance. Nothing was too crowded so we never felt annoyed by too many people like at other Japanese theme parks.

The highlight for me were the hot springs. The "Edo-Jowa Yoichi" section is the world's largest open air bath. It is Edo era themed and not like most onsen you find. The dressing room is outdoors with no facilities but buckets to wash yourself in and be warned, it's FREEZING. Despite the cold, it was extremely atmospheric and myself and my one-year-old loved it. They also have another Roman baths themed onsen area which was nice too.

As for the pools themselves, I found the outdoor pools too cold in November despite being somewhat heated. The indoor pools were nice, although you had to pay extra on top of the already expensive entry fee to use the slides which I found quite disappointing. There is a small children's section with a few slides that is great for toddlers. Overall the resort felt a little dated but was still a nice escape from the dreary winter outside. However I do not find it good value for money due to having to pay for the slides.

This is a pleasant aquarium built facing the Pacific Ocean. They place special emphasis on the environment of Fukushima and have displays featuring flora and fauna from Fukushima's mountains, rivers, lakes and coast. There is a large triangular tank that you can walk under which demonstrates the rip where the Kuroshio Current from the South meets the Oyashio Current from the North. Then they have other tanks featuring marine life from other parts of the world too. For small kids, the "Children's Experience World", where they can touch and learn about sea creatures, is a good addition. It's not an enormous facility but it was still a nice half-day, especially since it was pouring with rain outside.

From the aquarium, walk about 10 minutes along the coast to "Iwaki La La Mew", a fresh seafood market with a large indoor play centre. Near to there is also the Iwaki Marine Tower, a 60m tall observatory in the corner of Misaki Park. This park has pleasant grassy grounds and a kid's playground.

We didn't spend much time visiting Iwaki's beaches as it was so chilly, but if you visit in a warmer season then there are several beaches that you could visit. Yotsukura beach is the easiest to reach by public transport. It is host to the "August Beach Bomb", an annual beach party event. In general though I don't really recommend these beaches as they all seem to be concreted in some way and not so attractive (similar to beaches in Kanagawa). 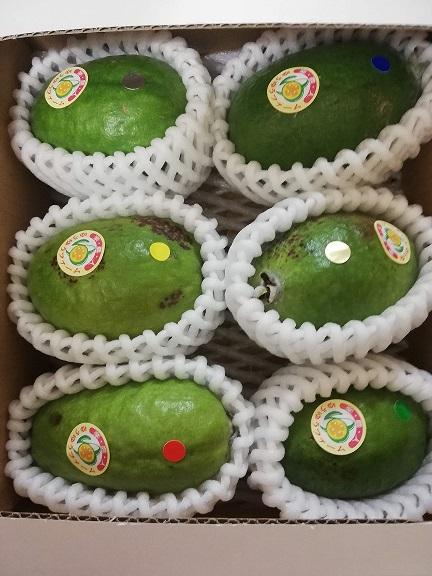 One reason that I wanted to go to Iwaki was to pay a visit to the Yu Yu Farm. This farm grows feijoas, a fruit native to Uruguay and popular in New Zealand that I miss very much while living in Japan. Yu Yu Farm are one of the few growers of the feijoa in Japan, and along with the fruit itself, they also sell feijoa cheesecake, sorbet, jam and other sweets. The owners moved to Iwaki in 2003 and began studying how to cultivate the feijoa before opening their farm in 2007. They aim to use as little pesticides as possible and they also farm other produce like blueberries, raspberries, ashitaba and yacon. It was very interesting to visit their farm and hear their story of how they began to farm this little-known New Zealand fruit.

This is said to be one of the oldest hot spring towns in Japan, having first been used around one thousand years ago. Yumoto has long been known for its hot springs, and there are many free foot baths installed around the town, including one on the train station platform. The hot springs are said to heal various ailments such as high blood pressure or diabetes. One of Japan's oldest hot springs is Iwaki Yumoto Onsen, still open for business after 1,200 years. The backstreets of the onsen town are home to many "izakayas" and "snack bars", small local establishments serving alcohol and food.

This network of limestone caves spans over 3000m, although only 720m is open to visitors. The saves are lit up with colourful lights and you can explore these slalactite-filled caves for 1,200 yen. Apparently, the caves have the largest number of stalactites in Asia.

Constructed in 1160, Shiramizu Amidado Temple has been designated as a National Treasure and contains beautiful gardens along with the temple itself. It is the oldest surviving building in Fukushima and particularly beautiful in Autumn when is framed by vermillion Autumn leaves.

Iwaki sake is said to be particularly nice, but as 90% is consumed locally it is difficult to try outside of Iwaki. I did not try any myself, but if sake is your thing then you should definitely aim to taste some. Try the "Yoake Ichiba", a retro themed bar alley built in 2011 to provide a place to restaurants destroyed by the tsunami to start over.

How to Get There

Or you can catch a highway bus from Tokyo Station which takes 3 hours.

If you will stay at Spa Resort Hawaiians you can catch their free bus from Tokyo, Shinjuku, Yokohama or Saitama Shintoshin.

I recommend renting a car from Iwaki or Izumi when you get there as the attractions are spread fairly widely and public transport isn't very regular.