Nature, Food, and Sake in Kobe-Tradition and Culture for all 5 Senses! 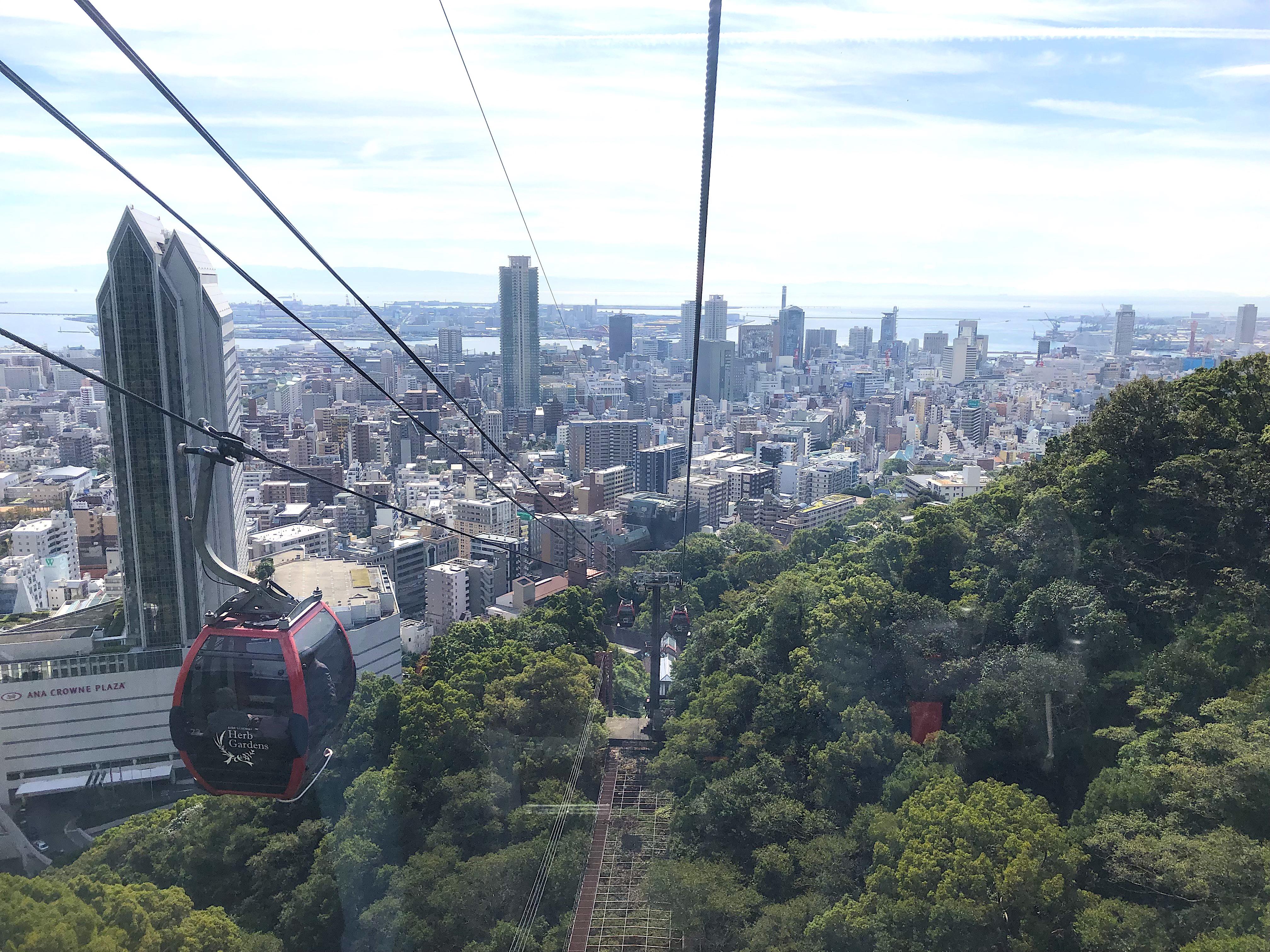 Enjoy a leisurely 7-hour tour of Kobe, a port town that developed and flourished after Japan opened its ports to the world in the mid 19th century with a local guide.
From the north in nature rich Mt. Rokko, downtown Kobe City in the south where you can enjoy shopping and gourmet, and Japan's leading sake breweries in the eastern Kashiwa sake district, enjoy a varied atmosphere in this coastal city. This tour covers all the best Kobe has to offer. We also offer pick-up and drop-off at Kobe Port making this a convenient day trip for those visiting Kobe on cruise ships such as the “Diamond Princess” or the “Celebrity Millennium”.

① Kobe Nunobiki Ropeway（9:20〜9:30）
Travel up the Nunobiki Ropeway from the Herb Garden Sanroku Station, only a 5-minute walk from Shin-Kobe Station. While riding the ropeway to the herb garden, relish in the 360-degree dynamic view from the glass cable car of the Nunobiki Falls below, and the Kobe Port in the distance. 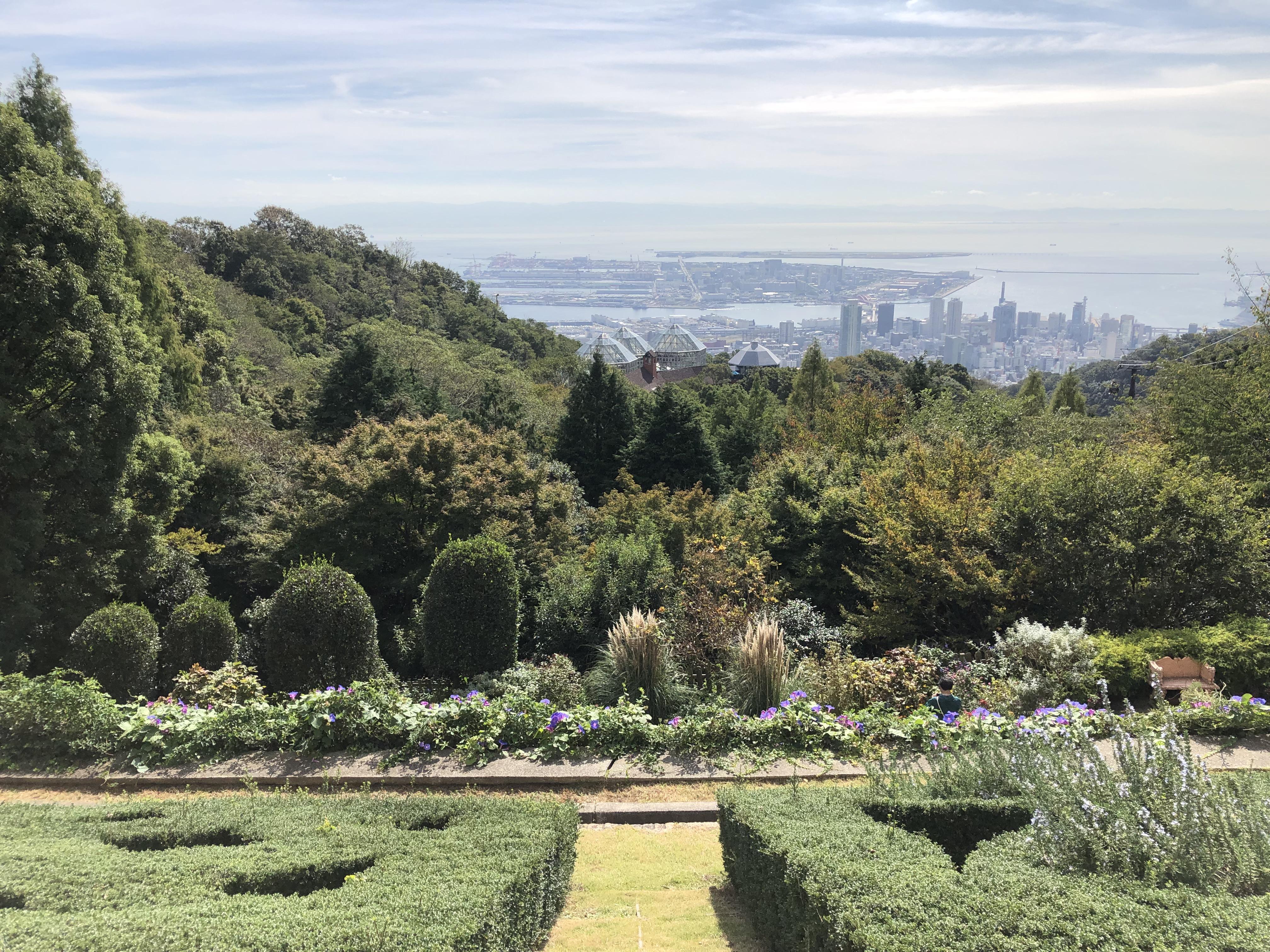 ② Nunobiki Herb Garden (9:30-11:00)
The Nunobiki Herb Garden is Japan's largest herb garden with 75,000 herbs and 200 flower species. Take some time to relax while gazing out at the view of Kobe City from the rich nature of Mt. Rokko from the observation plaza, the terrace, and Kaze no Oka Square. You can also take a 10 minute stroll down the ropeway’s skywalk to get yet another great view of Kobe’s cityscape, Nunobiki Falls, Gobonmatsu dam, and more. 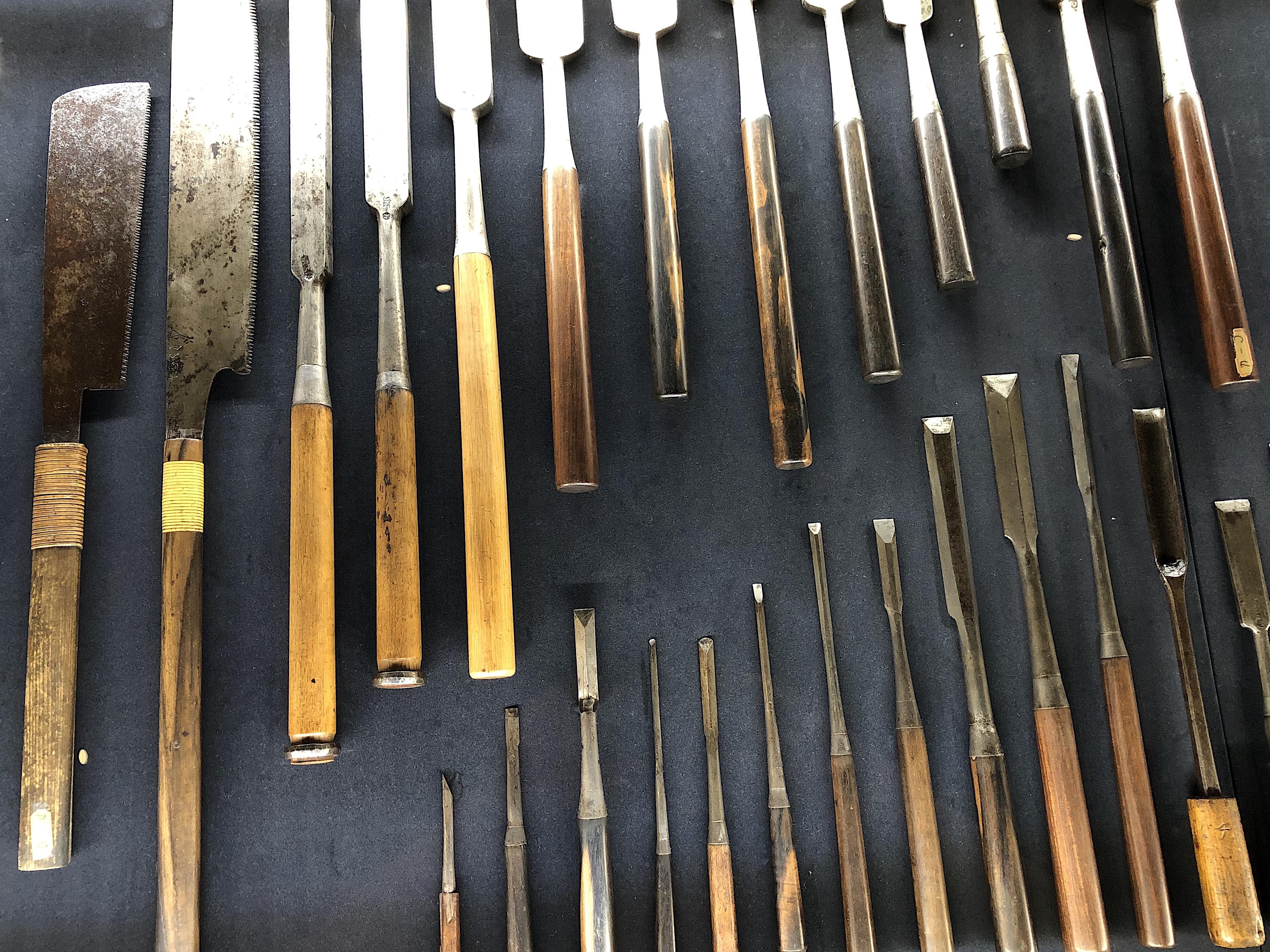 ③ Takenaka Carpentry Tools Museum (11:15-12:15)
After the herb garden, head on over to the Takenaka Carpentry Tools Museum- a short walk from Shin-Kobe Station. Established in 1984, it is the only carpentry tool museum in Japan. Takenaka Carpentry Tools Museum moved to its current location at Shin-Kobe Station in 2014. More than 35,000 items are on display in the museum, and the increasingly rare carpenter tools from this disappearing craft are collected and preserved as part of Japan’s ethnic heritage. In addition to seeing the exhibition, you can indulge in all five senses by touching the carpentry tools, appreciating the structure of Japanese wooden architecture, and smelling the fragrant wood. There are also many touch panels and videos with easy to understand explanations, making the exhibition accessible to many visitors. 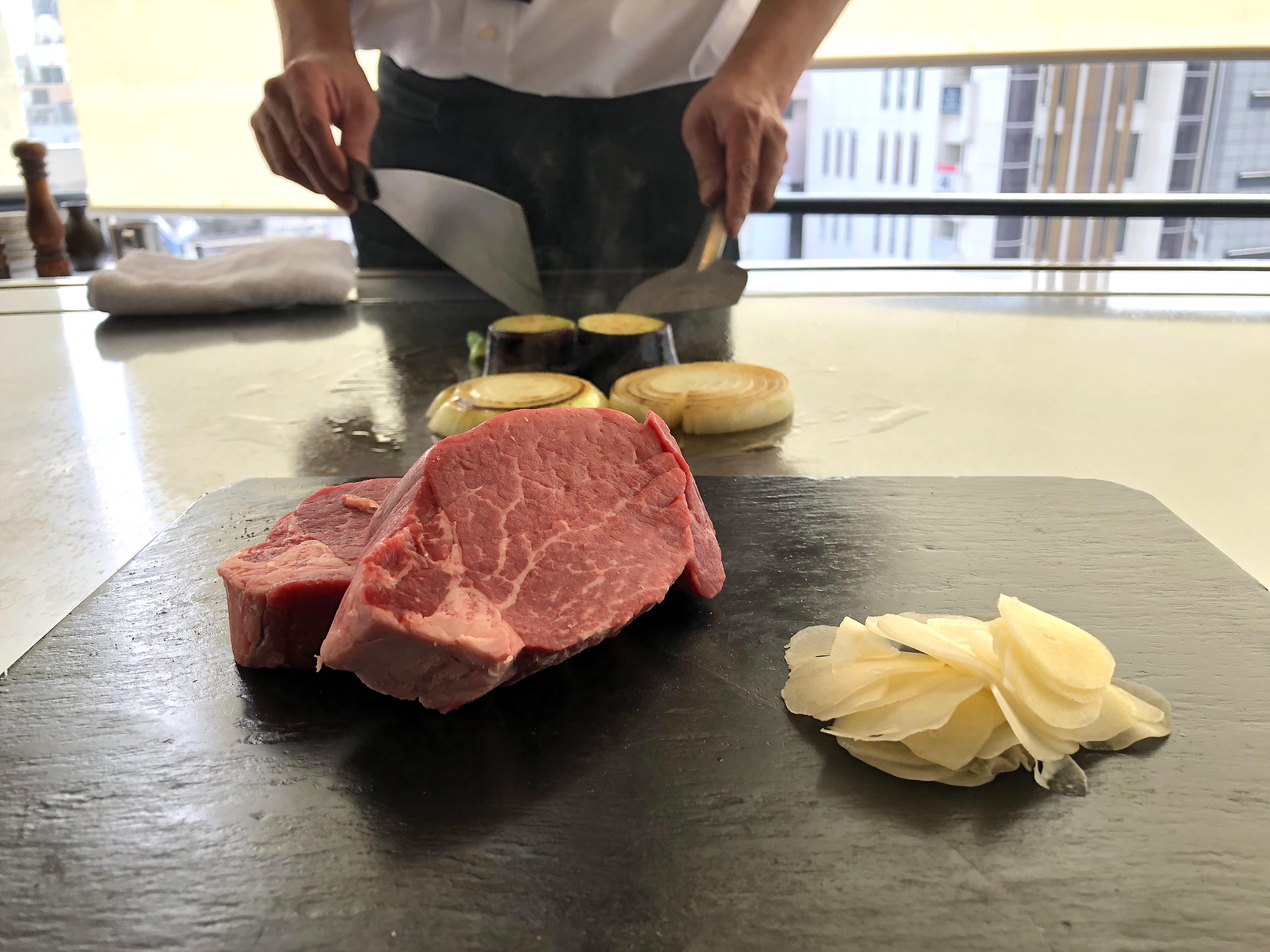 ④ Lunch Time (12:30-13:20)
For lunch, dig into some world famous Kobe beef. Your guide will take you to a restaurant near Sannomiya Station depending on your preference. If you are a vegetarian or vegan, we can offer you an alternative restaurant. The two restaurants below are an example of just two potential options to choose from. 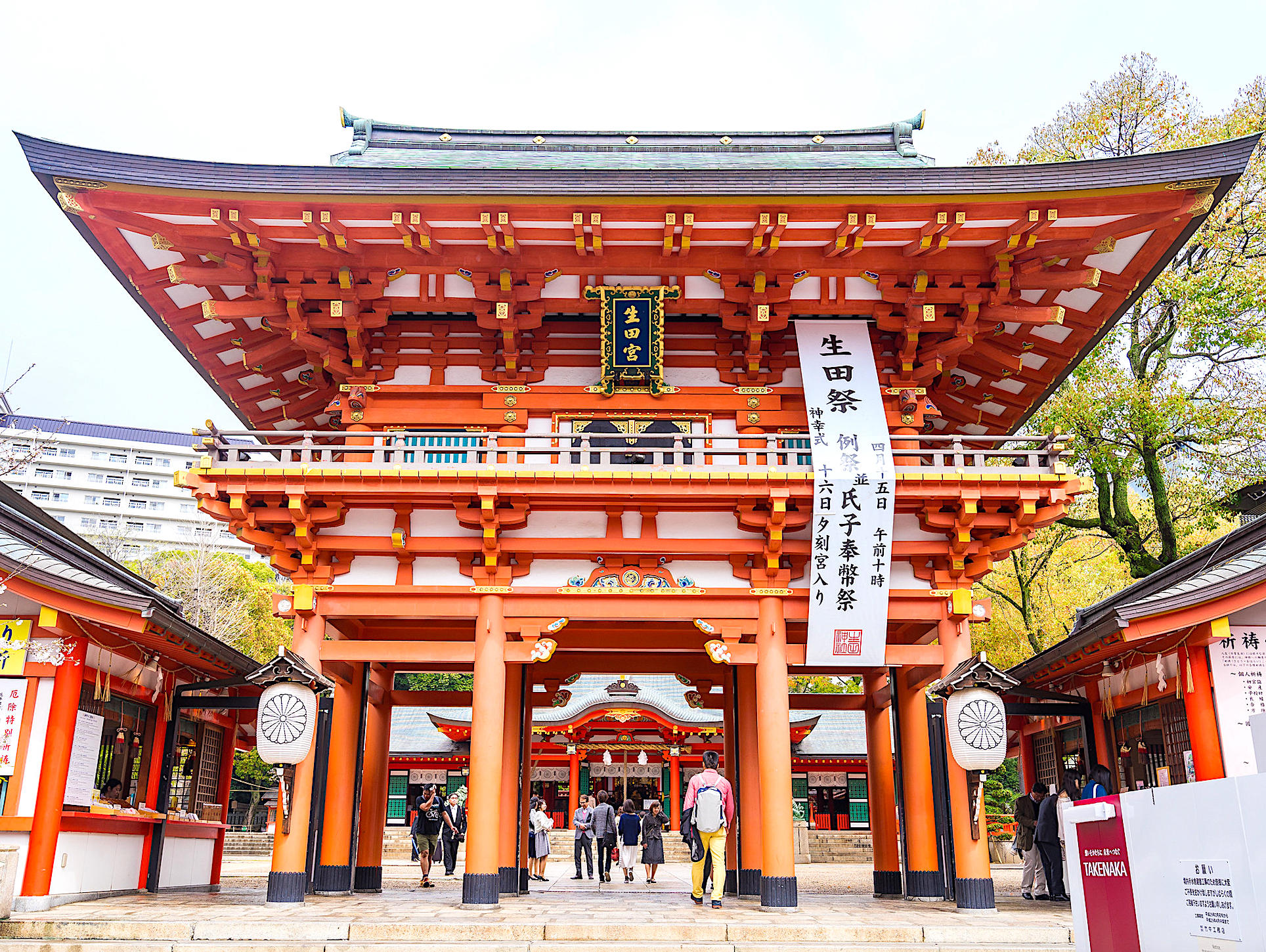 ⑤ Ikuta Shrine（13:25-13:45）
The most popular shrine in Kobe and the origin of its name, this shrine honors the god of marriage. Hundreds of couples hold their wedding ceremony here each year. Also take a look at the water which is said to tell the future. 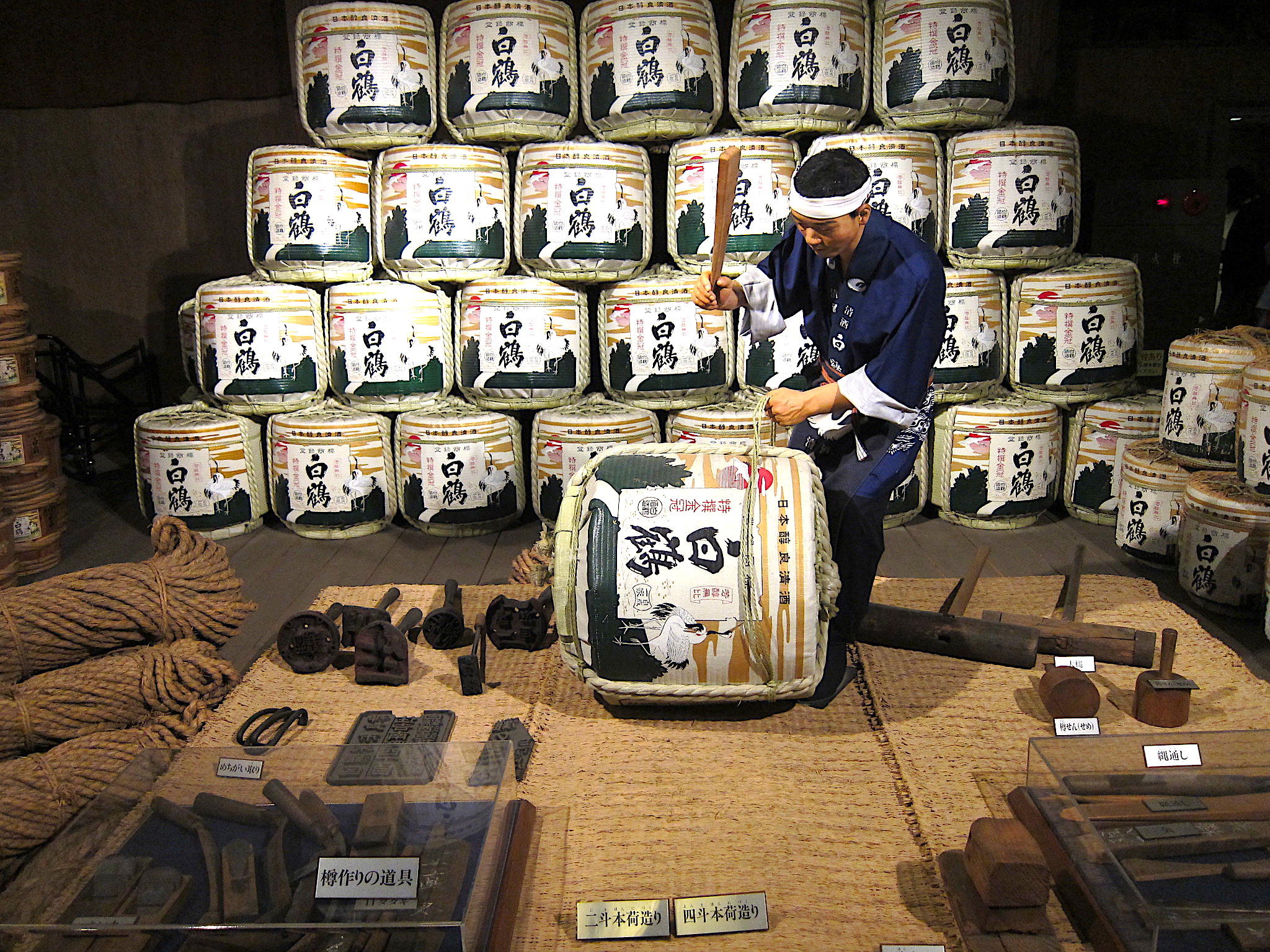 ⑥ Hakutsuru Sake Brewery (14:30-15:20)
Hyogo Prefecture boasts the best sake production in Japan. The Nada Gogo area (literally the 5 villages of Nada) in particular is blessed with a climate suitable for sake brewing, and prospered in the coastal area of ​​Kobe Nishinomiya. It is the best sake in Japan going back to the Muromachi and Edo periods in the 16th century.
Among them, Hakutsuru Sake Brewery is a brewery that has always been at the forefront of trends in the sake industry such as introducing drinking chilled sake, and selling other sake in easily accessible plastic bottle containers. The museum was made by remodeling the No. 1 sake storehouse. In order to reproduce the traditional sake brewing process in an easy-to-understand manner, a three-dimensional display of sake production, including life sized figurines, is on display. You can also partake in a sake tasting at the main sake corner on the 1st floor.

・ A panoramic view of Kobe from the Kobe Nunobiki Ropeway
・ Relaxing time at the Nunobiki Herb Garden, surrounded by the aroma of herbs and colorful flowers
・ Japanese wooden construction techniques and cultural heritage at Takenaka Carpentry Tools Museum
・ Kobe beef lunch
・ Traditional Japanese sake tasting at the Hakutsuru Sake Brewery Museum
・ A personalized tour with a maximum of 8 people