Try this new style of calligraphy which uses 100% natural matcha! 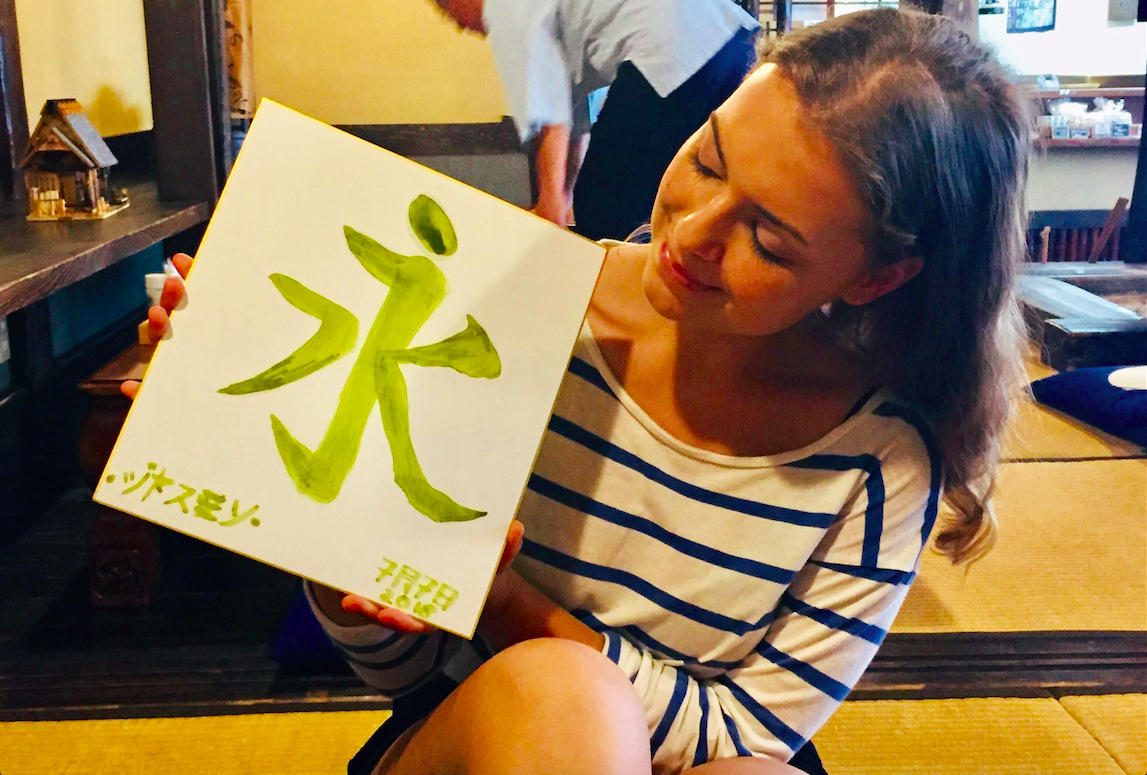 Matcha calligraphy is something extremely interesting because it combines two traditional elements of Japanese culture - Matcha for tea ceremonies and calligraphy. When you put them together it creates something completely non-traditional and brings a whole new perspective and an element of nature that might not have been there before. In this workshop, English-speaking Japanese Calligraphy Master, Shoran Oba can teach you to write your own name in Kanji characters. Create a unique souvenir Japanese scroll with your name in Kanji.

<About the master "SHORAN">
Born in Japan, and educated in Australia and the U.S. She has taught calligraphy classes in California under a Cultural Exchange Artist Visa issued by the U.S. State Department. Shoran has been praised for her art while performing in Japan, the U.S.A, and Europe. She grew up under the influence of her Master Calligrapher grandfather. Shoran graduated from Japan Calligraphy Academy in Tokyo. Now her class is in Shizuoka, Roppongi and Musashikoyama, Japan. In addition to Calligraphy, she also does package, interior and many other types of design.

・You can make your own hanging scroll in a short time. It will be a good and memorable souvenir which you will want to keep forever.
・You will get your name in Kanji characters. You will learn to create your name by using Kanji characters that suit your personality.
・Master of Calligraphy, who has teaching experience in the U.S., will instruct. Atmosphere is traditional and relaxing, located just behind Sensoji temple.
・You can have a unique fun and exciting cultural experience in Japan!