Yuriage - Reborn after the Tsunami

Yuriage is a fishing town within the larger community of Natori, located about 30 minutes from Sendai. It was damaged badly in the 2011 Tohoku earthquake and tsunami, very little survived besides a lone tree which used to guard the local shrine. Reconstruction didn't happen until 2015 and it is still very much an ongoing project.

I recently travelled to the Yuriage area with my two-year-old daughter thanks to VISIT Tohoku and found it an interesting mix of ultra-modern, trendy facilities mixed with barren dusty land which has still to be built upon. I was surprised to see how many young families with kids were there, in fact Yuriage appeared to be a bustling, popular destination full of life and ideas for the future. During my weekend in Yuriage, I saw the following places. 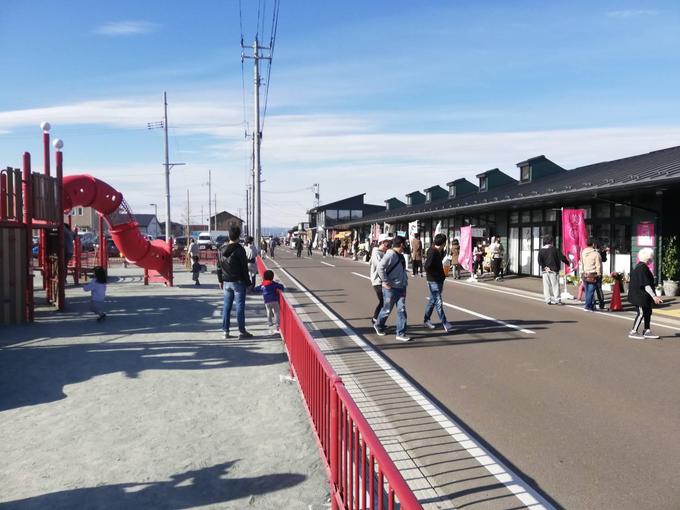 Kawamachi Terrace - This terrace is located on what seems to be the main street of Yuriage and is a strip of shops selling local produce, fresh vegetables and various eateries. Everything was new and trendy, and I recommend the Indian curry restaurant "Curry laboratory Emu" highly. The restaurants offer a new view of the river and the grass hill that runs down to it. While the area used to be filled with regular houses, these have not been rebuilt in large numbers. Instead there is a large playground across from the terrace, next to a sake brewery. That was great for me travelling with a toddler. The road between the terrace and the playground was extremely busy though so that was a bit stressful as the playground isn't fully fenced. It was so popular here that we found it difficult to get a parking space! 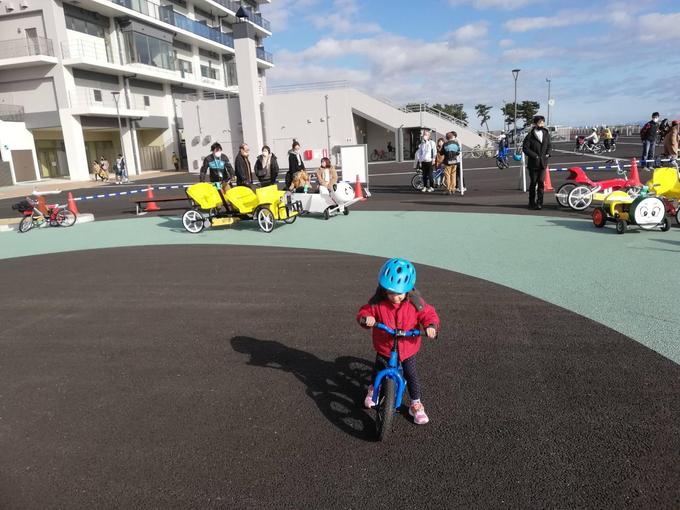 Natori Cycle Sport Center - This cycle center was attached to a brand new hotel. We stayed in the hotel, it was clean and comfortable with a paid onsen and restaurant attached. The highlight was the cycle center. Guests could borrow for free bikes, e-bikes, striders and various kid's bikes and novelty bikes. There was a course of about 2km along the sea, or a kid's area where you could try the novelty bikes. Non-hotel guests can also pay to use these facilities. My daughter loved the kid's area along with their attached playground. It's a good idea to stay at this hotel and rent a bicycle to explore the entire town of Yuriage.

Sunday Morning Market - This is the most famous tourist destination of Yuriage and it's easy to see why. Rebuilt quickly after it was destroyed, the market houses a large number of stalls selling fruit, vegetables and a lot of freshly caught seafood. What I loved most was how people were choosing their seafood and then cooking it directly there in the barbeque spaces that are available between the market and the water. It gave me a really warm, local feeling. The indoor area also has a nice cafe selling muffins and such if you are not a fan of seafood like me. A highlight was their fresh food action where people could bid on bundles of fish and food to catch a bargain. 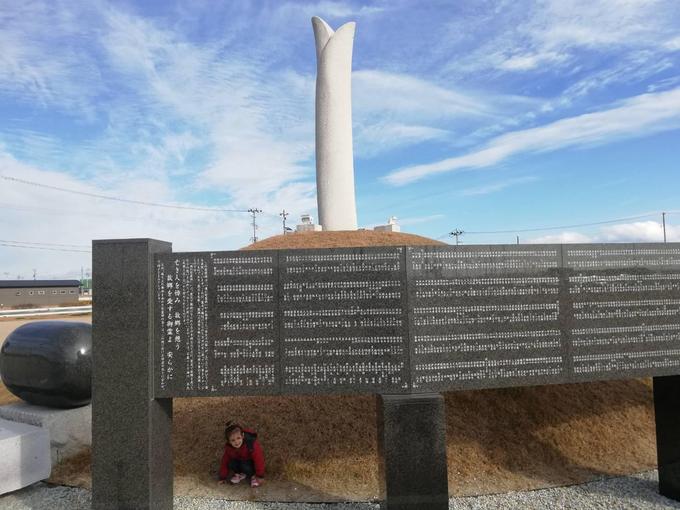 Natori City Memorial Park - Surrounded by a road on one side and a carpark on the other, this memorial is not in the most peaceful of locations. The 8.4m height of the monument shows how high the waves reached during the tsunami. It was built to honour all those who died in the disaster, and we spent a short but somber time here reflecting. 3930 buildings were destroyed and 750 people died in Yuriage. All of the schools and public offices were washed away. The sculpture was made in the shape of a bud, meant to symbolise the region's regrowth after the disaster. 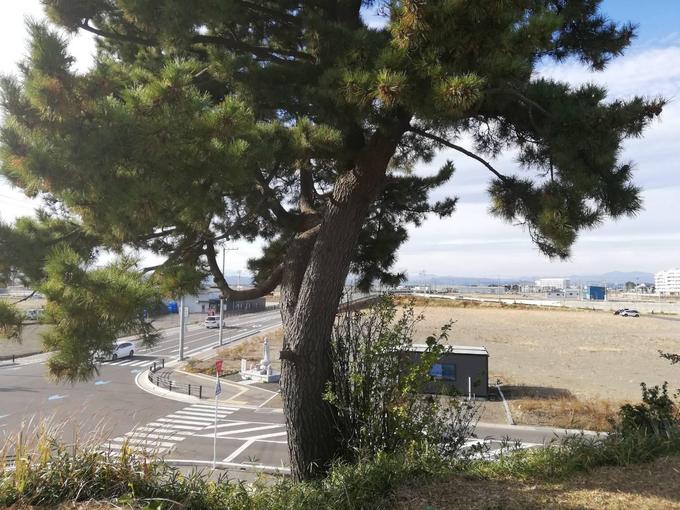 Hiyoriyama - Next to the Memorial Park is the Hiyoriyama Shrine. It is built on a small, man-made hill upon which a large tree which survived the tsunami stands. The shrine itself was destroyed and has been rebuilt. 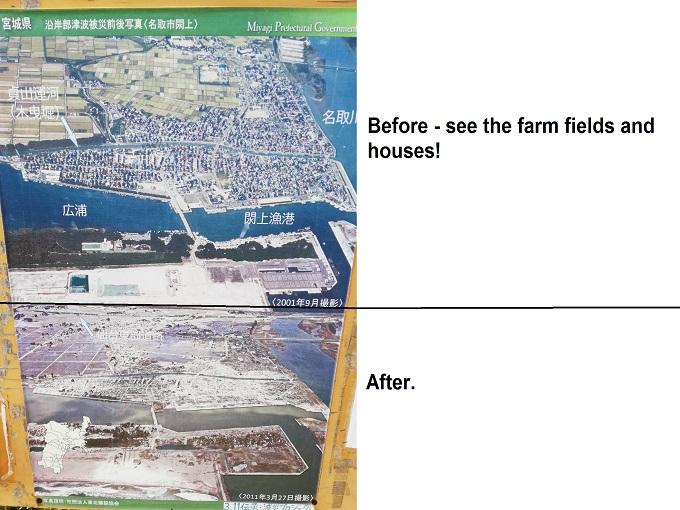 Memoire de Yuriage Tsunami Recovery Memorial Museum - I didn't get a chance to visit here, but it serves as a place for the locals to share their memories of the disaster, and those whose lives were erased, leaving nothing behind as all their belongings were washed away. Through storytellers, materials, and images, you can see the people who lived through disaster. 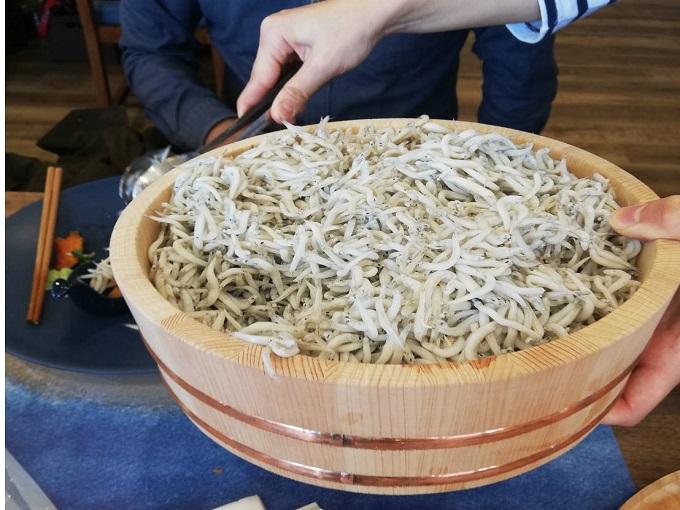 Café Malta - This café has a lawn outside for outdoor dining, as well as a bright and child-friendly indoor area and an attached souvenir shop. They are famous for shirasu (whitebait), a local delicacy. They go from table to table heaping your plate with extra all-you-can-eat shirasu. The food was delicious, with tasty options for people who don't like shirasu too, and a healthy and cheap kid's plate. 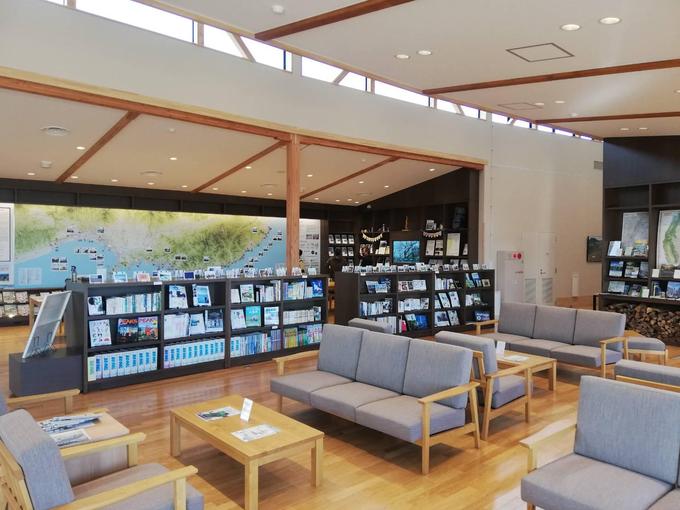 Michinoku Coastal Trail Center - The Michinoku Coastal trail was designed after intense consultation by the locals in each area along the 1000km trail. The trail spans the Pacific coast of Tohoku (North Japan). In their own words, the trail was created to "convey the memories and lessons of past disasters, highlight the area's stunning sights and natural features, and foster connections between hikers and local people along the trail."

If you decide to hike the entire trail, you will need at least 40 days. Most people just choose a small section to do at once. The trail centre in Yuriage has an English speaking staff member who can help you with your route planning and answer any questions you may have. They also have a lot of maps and some useful hiking gear. Next year they plan to open a campground outside the center, with the idea that people can buy fresh fish at the market and cook it at their campground. I found this a well-equipped and useful facility. I definitely want to do some of this hike when my daughter is older, the route takes you through countryside and rice paddies, seaside, mountains and even seven islands. They told me about an 8km route to Tanesashi that is suitable for small kids. 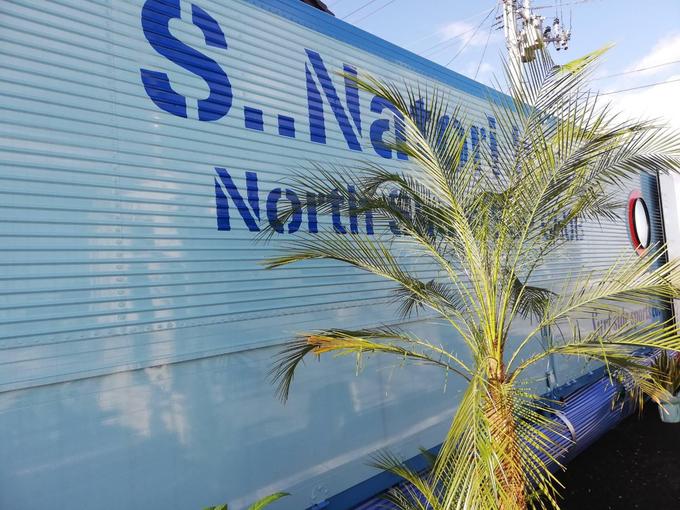 Natori Base SUP School - It was too windy to go paddle boarding when we visited Yuriage, however we did check out their facilities. The owners were very knowledgeable about SUP and even compete in stand up paddle boarding races and events. They offer tours down the river and through the reeds. It would be a good chance to go paddle boarding if you happen to be in the area and want to try it out, but in general I've done it in nicer locations before so I wouldn't go just for this. if you want to try, they are located right across from the Kawamachi Terrace. 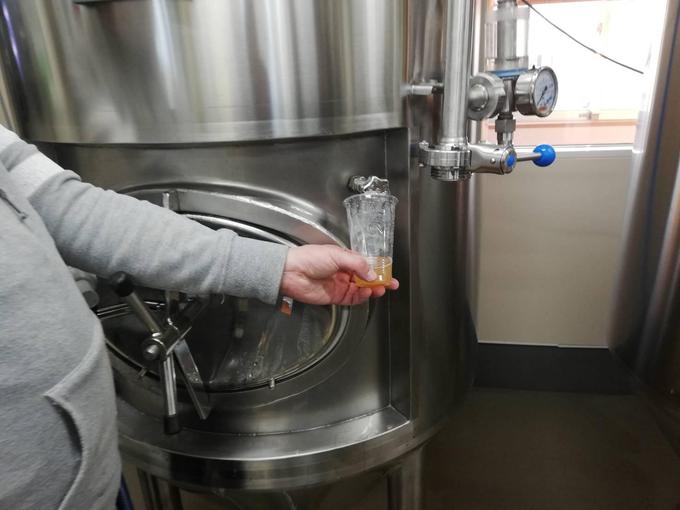 Miyagi Yuriage Beer - I don't profess to know much about beer, but the owner of this micro-brewery certainly did, and he was happy to explain the beer making process to us in English. It was an interesting tour around this small brewery and we were able to taste both the regular brews and the fruit infused beer. 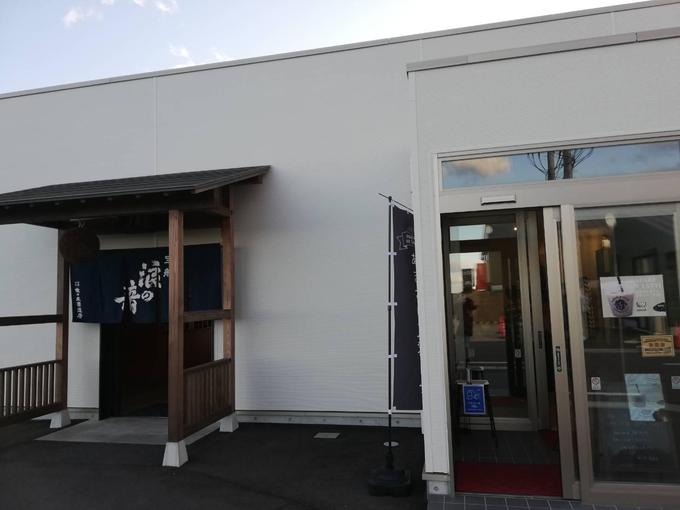 Sasaki Brewery - Wiped out in the damages, they were closed for only a year before starting to brew again on March 11, 2012. Fifth-generation owner, Mr. Hiroshi Sasaki gave us a small presentation where he told us of his will not to give up after his livelihood and home were destroyed. He said "fukusui-bon-nikaerazu" or, "it's no use crying over spilled milk". His message was one of hope and never giving up. Initially he had to brew the sake in a temporary building which was very difficult as sake needs very specific conditions, but they managed, doing everything by hand as they lacked the machinary the had used previously. Now, they boast a sparkling new shop where visitors can try their sake or iced amazake and hear about the power of endurance that the local people of Yuriage know so well. Even if you are not interested in sake, it is right across from the Kawamachi Terrace so it's easy to drop by.

If you are ever in the Sendai area, I recommend taking some time to visit Yuriage. It can be done in half a day, or you can spend the night and combine the visit with cycling or hiking the ocean trail. If you would like us to arrange you a tour in Yuriage since not everything is English-friendly, please contact us here. 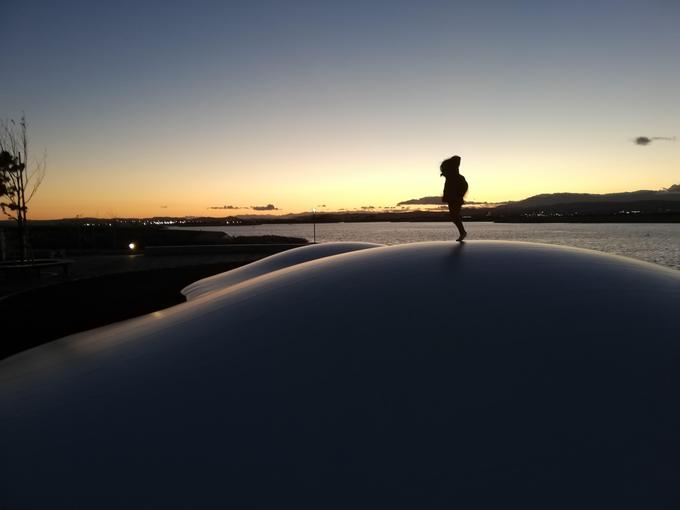