Japan is a country with many museums, from world class Tokyo museums to tiny one-room facilities deep in the countryside. Whether you are a fan of museums or not, these have been some of the most impressive. 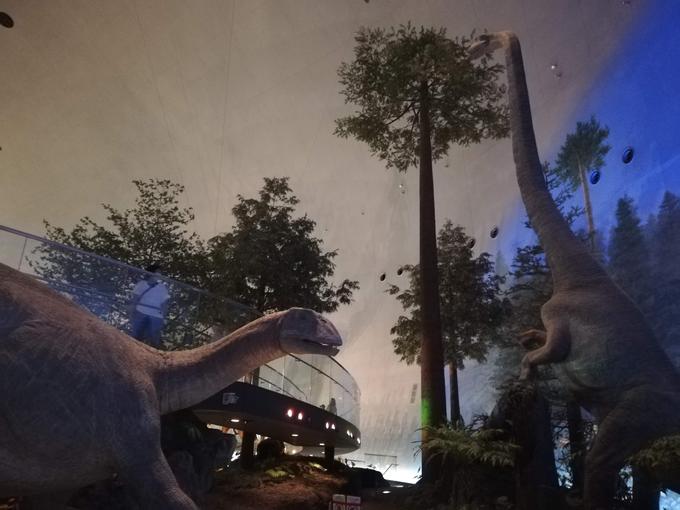 Many dinosaur fossils have been found in Katsuyama City in Fukui Prefecture. Due to this, the town is known as the centre of dinosaur research in Japan. For tourists and Japan residents alike, the highlight is the Fukui Dinosaur Museum, the largest of its type in Japan. It spans four floors plus an outdoor play area and fossil excavation activity site. It is shaped like a dinosaur egg and the inside will make your jaw drop. The theming is as good as what you'd find inside a Disney park. There are lifesize, moving dinosaur replicas, entire skeletons and ample English explanations. These days due to the Covid-19 virus, you must make a reservation in advance.

This may be a strange choice for this list, there are surely bigger and more well known history museums in Japan. But why not learn about somewhere new? We found this museum surprisingly impressive considering its location. It was very large, spanning eight different sections, all representing a different period in history. Not only were there displays but they had many lifesize replicas and full-scale models of townscapes. The museum takes you on a circular path around a sunny outdoor seating area, so you can retreat outdoors to have a rest in the sun at any point. Best of all, there were quite good English explanations, although some rooms were better than others. We recommend going in cosmos flower season as Sakura City has a large cosmos display, and you can rent bicycles and cycle along the river to this museum, as well as to the old samurai residences. 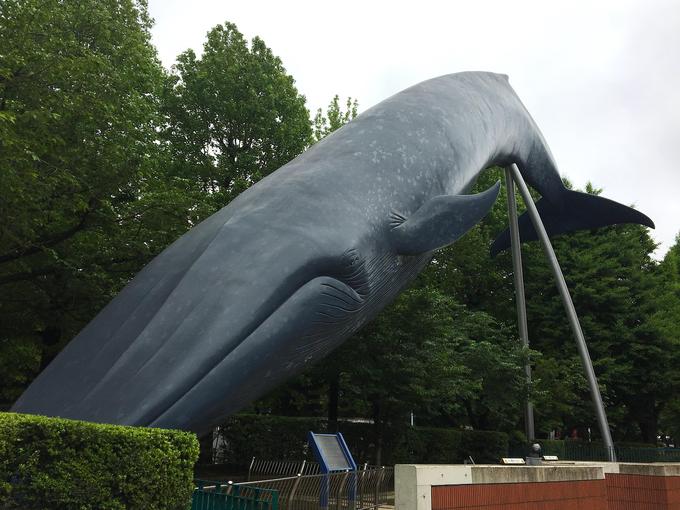 Located in Ueno Park and surrounded by several other art and history museums, this museum is excellent for adults and children alike. It is an extensive facility divided into several sections such as "nature of the Japanese islands" and "animals of the earth". There is a special section designed to spark communication between children and parents while they "play", and to cultivate their ability to feel and think. There is also a slightly outdated but still enjoyable 360 degree theatre. Due to the Covid situation you must make a reservation in advance, and as many exhibits are closed please check their website in advance.

Kubota Itchiku was a renowned artist who revived the traditional fabric dyeing technique of Tsujigahana. Tsujigahana flourished in Muromachi period (1336-1573) but then fell out of favour. In the 1930s he became fascinated by silk dyeing and devoted his life to mastering the Tsujigahana technique. Along the shores of Kawaguchiko stands a museum devoted to him, with several of his most beautiful kimono creations. You can see his unfinished masterpiece "Symphony of Light", a piece comprised of 80 kimonos that together form of a picture of Mount Fuji. The buildings themselves, as well as the garden are also interesting. The buildings are made of Okinawan coral and limestone and built in Gaudi fashion, while the gardens were designed by Itchiku Kubota himself and stretch from the entrance gate far into the wooded slopes behind the museum buildings. This museum blends to perfection Japanese artistic culture and nature.

Towada City in Aomori Prefecture had a goal to transform itself into a "city of art". The city itself is very pleasant, with a couple of interesting Yayoi Kusuma installations dotted about. The museum is a maze of small artistically designed buildings connected by glass corridors. They have on display over 20 modern art installations, many interactive. Even those who dislike art museums will probably enjoy the Towada Art Center.

Cost: 1200 yen (under 18 is free)
Opening hours: 9am - 5pm
Closed days: Mondays (or Tuesday if Monday is a public holiday)
Access: Take the JR Oirase-go bus from the West Exit of Hachinohe Station to the bus stop directly in front of the Towada Art Center. (Approximately 40 minutes) (Google Maps)
Note: 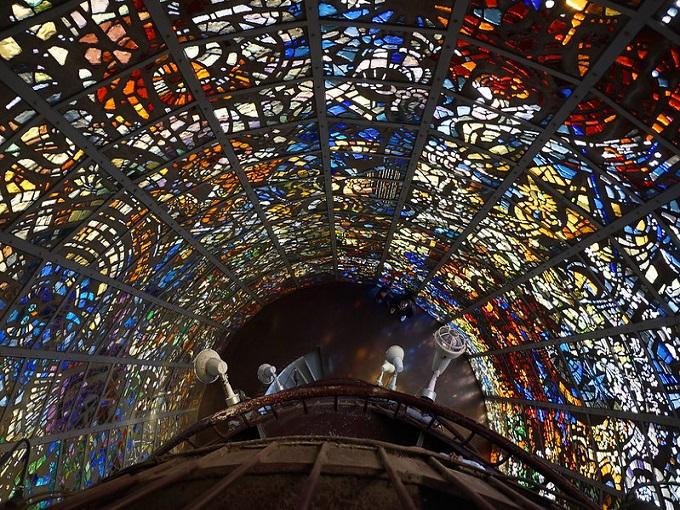 The Hakone Open Air Museum was opened in 1969 as Japan's first outdoor museum. It encompasses spacious grounds of 70,000 square metres. It's very peaceful strolling through artworks surrounded by rich greenery. The museum houses the Picasso Pavillon, an exhibition of over 300 pieces from the Picasso collection including his ceramic work, and the Happiness in Symphonic Sculpture, a piece entirely fitted with stained glass.

This is a quirky and unexpected museum housing vintage cars and Japanese toys and kids' items from the Showa-era (1926-1989). Upon entering the museum it feels like you have been transported back in time, giving you the feel of what Japan was like before it became such a well-known tourist destination. 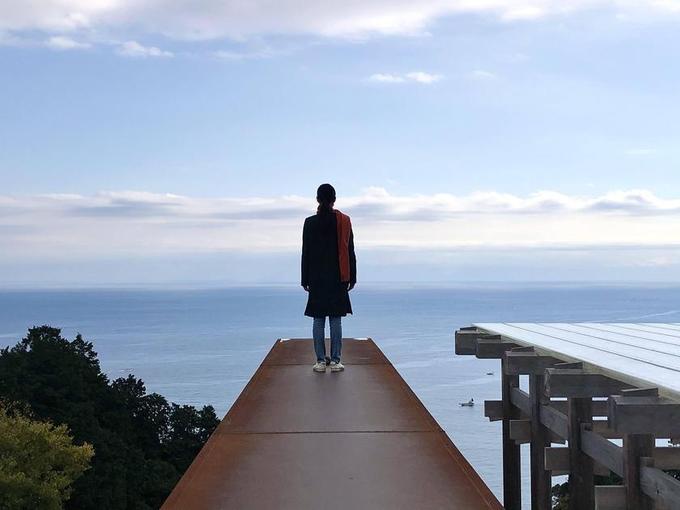 Founded in 2017 by the Odawara Art Foundation, this complex was built to show visitors the essence of Japanese culture. The facility houses many art galleries with season exhibits, a tea ceremony room and a 100m long tunnel which was built to frame the sunrise at dawn. There are also several gardens to stroll around. The idea behind the garden is that visitors can experience what life is like in a less densely populated, pre-modern time. The concept behind this open air museum was designed by Hiroshi Sugimoto, a famous Japanese photographer and architect.

Teshima Island, like Naoshima and Inujima, is a popular destination for contemporary art lovers. It is also one of the venues of the Setouchi Triennale art festival that is held once every three years in the region. There are several artworks scattered around the island's fishing villages. The highlight, the Teshima Art Museum, is situated on a hill overlooking the Seto Inland Sea. The museum is designed like a water droplet, with two oval openings added to allow wind, sound and light from outside to enter. Water constantly drips onto its concrete surface, designed to stimulate ones senses.

Cost: 1570 yen (free for 15 and under)
Opening hours: 10am - 5pm (4pm in Winter)
Closed days: Tuesdays, Wednesdays (Dec to Feb). Open on public holidays even if a Tuesday or Wednesday but then closed the following day. If a national holiday falls onto a Monday, the museum is also open on Tuesday but closed on Wednesday.
Access: Take a ferry from Takamatsu (35 minutes, 1350 yen) or Naoshima (20 minutes, 630 yen) (Google Maps)

10. The Railway Museum in Omiya, Saitama

This is the ultimate museum for any train lovers. Both inside and outside the museum has real trains on display which have been used in Japan over the years. From the steam train to bullet trains, you can see and learn about them all. Even better, you can actually go inside the train cars! They also have several train driving simulators you can try out, and a play area for small children.

Cost:
Adults - 1330 yen
Kids - 620 yen
Opening hours: 10am - 6pm
Closed days: Tuesdays, Dec 29th - Jan 1st
Access: Take the Keihin-Tohoku Line (or other line that is convenient for you) to Omiya Station then transfer to the New Shuttle and take it to Tetsudo Hakubutsukan Station (3 minutes, 190 yen). (Google Maps)

If your favourite museum is not on this list, or you wonder why some very obvious choices are not on this list - we simply couldn't fit them all, there are so many wonderful and educational museums in Japan!